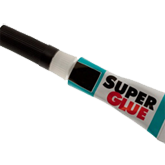 Did you realize that sex is emotional and spiritual super glue? It deeply bonds people to each other whether they are aware of it or not.

You will bond even if you never meant to. It is painful to separate when you have done something that permanently bonds.

1 Corinthians 6:16 says, "Do you not know that he who unites himself with a prostitute is one with her in body. For it is said that two will become one flesh. But he who unites himself with the Lord is one with Him in Spirit. Flee from sexual immorality. All other sins a man commits are outside his body, but he who sins sexually sins against his own body." These are words from the inventor of sex. They reveal something that many people just don't realize about sex until it is too late.

The idea of a married couple being one flesh is described by God when He says "Let man not separate" ( Matthew 19:6). Sex is designed by the Creator to be inside a lifelong love covenant called marriage. It is designed to permanently bond people. When it is outside of the marriage covenant it still has all its bonding power. It deeply attaches you soul to soul with your sexual partner, even if it is totally meaningless sex with a prostitute. You can't stop the bonding.

Tape bonds to whatever you stick it on, but if you stick it to different surfaces over and over, eventually it won't stick anymore. People don't realize that every time they get really involved physically with someone they are giving away more of their "bond-ability," their ability to give and receive lifetime love. Then in the one relationship you really want to work, the bonding is much weaker than God ever created it to be.

When you try to end a relationship that has been heavily physical, it is like trying to separate two pieces of paper that have been glued together. It rips both people apart, because two people who have been sexually committed were never meant to separate.

You have to be very, very careful with super glue, or you will end up bonded when you really shouldn't be, and it will hurt a lot to separate what's bonded. That is your Creator's advice about sex. Keep it special and keep it saved for your lifetime partner. Don't push the limits physically.

If you have already gone too far, come to Jesus' cross and hear His promise, "I will remember your sins no more." Let Him begin to restore your emotional and spiritual virginity. Whatever you have done before today, from today on doesn't ever have to matter again. Jesus can make you clean!