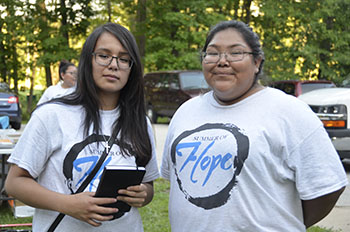 One reservation has more suicides than any other area in the state. The other reservation is flooded with drugs and the death it brings.

Thank God, we didn't have to choose which one we went to. God has given us a strong team of warriors that enable us to divide our army and fight for lives on two reservations at a time. 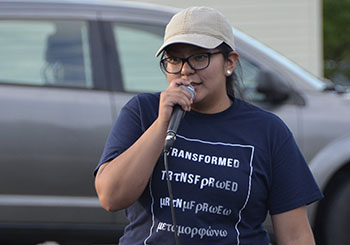 "I didn't think I could present the Gospel on my own. And then - like you guys said - I felt God take over."

It was only Tanya's (Hopi) second night as an On Eagles' Wings warrior.

Fresh from our Boot Camp rescue training. And already doing what so many believers never do - explaining the Good News of Jesus to someone who's lost. 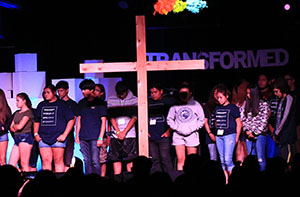 It was the Plutonium Warrior Leadership Summit!

Like the nuclear element that launched Doc's car into time travel in the movie "Back to the Future," God seemed to launch WLS to a whole new level this year! The story exceeds the words I can find to do it justice, but here are a few markers of the amazing move of God among hundreds of young Native warriors, representing 82 tribes. 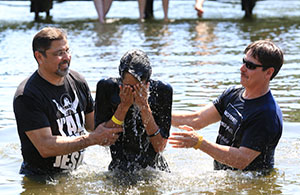 We wish you could be with us this week at Warrior Leadership Summit.

So many lives have been changed for all eternity. Thank you for your prayers and your partnership with us.

A highlight of the week was the baptisms. Forty Native warriors chose to publicly align with Jesus through baptism, while hundreds more cheered from the lake shore. 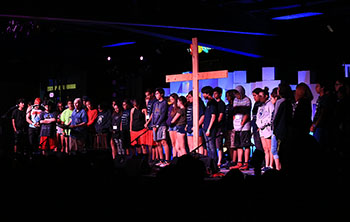 You would have been blown away.

God is moving powerfully in the hearts and lives of many Native young people this week at Warrior Leadership Summit. 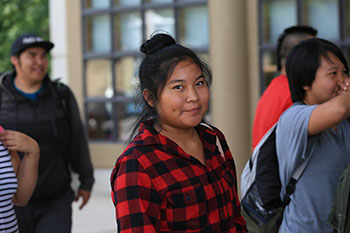 Native young people from across the U.S. and Canada are gathering this week for a powerful gathering.

Representing many tribes and nations, these young people are believing God is going to move in a big way. 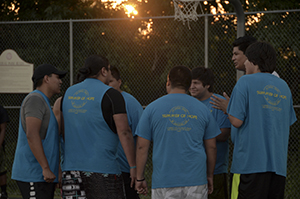 That's just a fraction of what we saw God do in answer to your prayers this summer! Together, we can praise our invincible Jesus for a victorious summer - on reservations, and in the hearts of the warriors. Here's a summary of the amazing work of God through His warriors - and some heart reflections and holy moments behind the story. 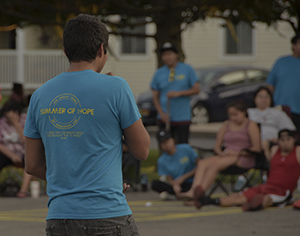 We knew it would be hard. We were here last year, but we had to come back. Too many of us have left a piece of our heart here. It is our fourth visit here in the past ten years.

Believers in this area have explained to us that Eagle Rock* is the epicenter of the Ironstone* religion that has dominated reservations in this region for centuries. It is the only place we've been where older brothers and parents have covered the ears of their siblings or children when a warrior has mentioned Jesus. 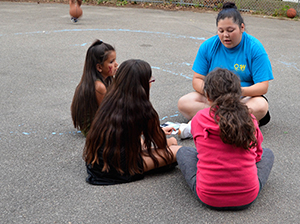 One reservation is a major drug corridor to an entire region of the country. The other reservation is in Canada, followers of the Ironstone* religion. It is one of the most closed to the Gospel - where last year the "never happens" happened. No one moved when the public invitation was extended.

So, this year once again, the On Eagles' Wings army divided to reach more people on the same nights. Team U.S. has returned to the Minooska reservation to follow up on last year's outreach. Team Canada once again delivered hope to the Cranford Reservation.