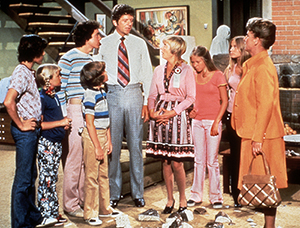 Tough news at the beginning of the Christmas season. The "lovely lady" mom of the Brady Bunch died on Thanksgiving.

Florence Henderson played lots of roles on Broadway and TV. But she'll always be remembered as Carol Brady - mother to the six kids of that iconic sitcom family, the Brady Bunch.

That show hasn't been off the air since its premiere in 1969! There's something there that resonates in a lot of hearts. A heart-connect that Florence Henderson often found in fans she met. She said the question she got asked most often was, "Can I have a hug?"

Ironically, that was something she didn't have much as a kid. Her dad was an alcoholic. Her mother left when Florence was 12.

So, she said, "I played Carol Brady as the mom I always wished I had - as the mother a lot of people wished they had."

That really hit me. Because I know so many people who want to "play the mom" (or dad) they wish they'd had. Trouble is, it's a whole lot easier to play that role than to be that person. It's like that little poem I saw once - "Mirror, mirror, on the wall - I am my mother after all." Or for guys - "I am my father after all."

We've declared, "I'll never say those things my dad said to me." Or, "I'll never treat my child like my mother treated me." Then one day we realize that we're dumping the baggage from our parents on our children. Copying the very attitudes and actions that wounded us.

And the cycle continues. The family sins infect yet another generation.

This losing battle with our dark side is nothing new. One of the writers of the Bible talked about it openly. He said, "I do not understand what I do. For what I want to do I do not do, but what I hate I do...I have the desire to do what is good, but I cannot carry it out" (Romans 7:15, 17).

"Who will rescue me?"

That's what we need. Outside help. Actually, supernatural help. The kind that struggling Bible writer found: "Who will rescue me? Thanks be to God - through Jesus Christ our Lord!"

He found what so many have found. What I have found. Jesus Christ is the Cycle-Breaker! Bringing the power that raised Him from the dead into the darkest corners of our heart. And transforming them!

The new story of so many is summed up in this hope-filled statement from the Bible: for all of us who are tired of being prisoners of our family history.

"You were redeemed from the empty way of life handed down to you from your forefathers...with the precious blood of Christ" (1 Peter 1:18-19).

Redemption from our family sins. But at a very high price. Not to us, but to Jesus. It literally took His sin-crushing death on the cross to set us free from the penalty and the power of all the sinning we've done - and that's been done to us. So we don't have to be prisoners of our history any longer.

Thanks to Jesus, it doesn't have to be the way it's always been. Jesus is the Lord of new beginnings.

The "crazy cycle" you inherited doesn't have to poison another generation. It can stop with you. 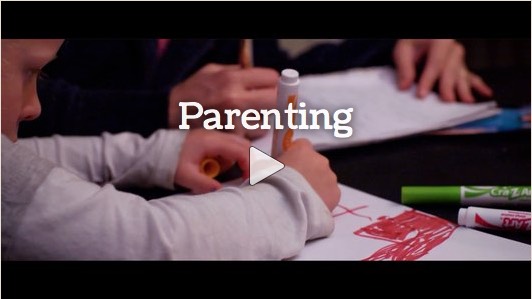