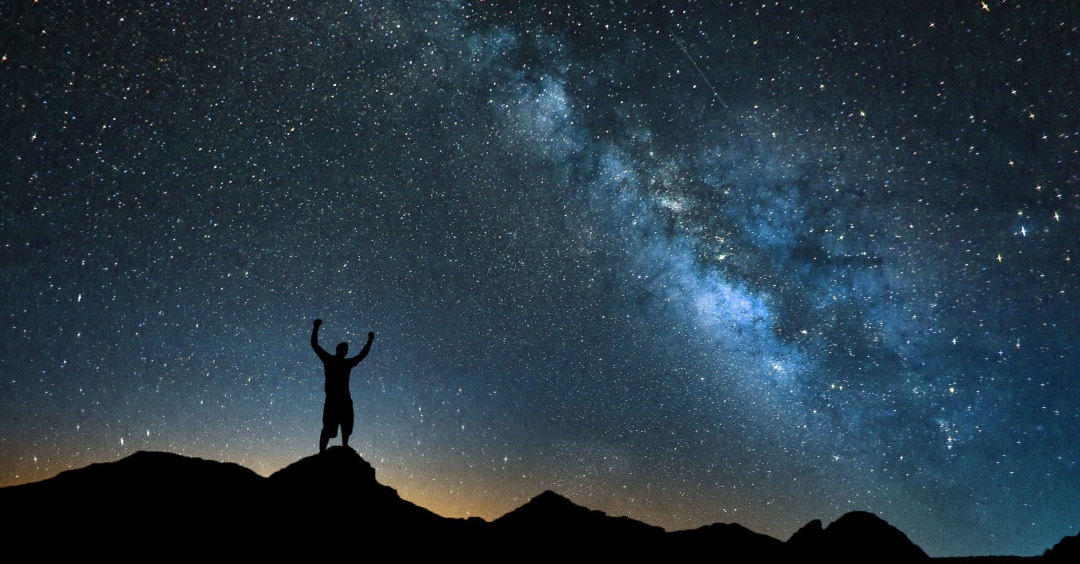 My first hint that things were changing was the Storm Troopers suddenly patrolling the parking lot. Then I saw the man with the floor-length wolf tail. Followed by seeing X-Men in the hotel lobby.

And that was just the beginning. Batman, Superman, Darth Vader, Wonder Woman - and, of course, all the insects. Spiderman, Wasp, Bumblebee, The Tick. I fully expected Arnold Scharzenegger to arrive any minute as the ExTerminator. The growing invasion included all kinds of superhero movie characters and science fiction types that were from outside my universe.

The annual convention of National Religious Broadcasters was just moving out. You know, guys in suits. With briefcases.

And the annual convention of comic book, movie and science fiction folks was moving in. You know, characters in capes and masks and Spandex.

Standing in the lobby, waiting for my ride to the airport, was outrageously amusing. Two worlds colliding. Two polar opposite worlds!

Here's the crazy part. Standing around in my jeans, shirt and sneakers, I had the strangest feeling. All of a sudden, I was the weird one. Not long before, I had been normal. But now I was surrounded by - well, what would be considered weird in most settings.

That's when my mind started wandering into the whole culture I live in. Where the guard is changing at eye-blurring speed. Where the values and moral consensus that used to define our lives is rapidly receding.

It was easier to be faithful Jesus-followers when that was respected. When it was, in a sense, "normal." But now it's increasingly "intolerant" ... "narrow-minded" ... "hateful" - judgments that at times we bring on ourselves. Because, instead of holding the truth in love, we come across with anger, self-righteousness and judgment.

And while I must be against what my God is against, I want to be known more for what I'm for. I'm for love without scars, selflessness in relationships, respect for every life, compassion for the broken. I want to be the guy who is quick to listen, ready to forgive and known for integrity. That's not "weird." That's rare! And what's rare is valuable.

But even with a positive brand of purity, it's still getting lonelier to be God's guy or gal in an increasingly God-"dissing" world. We shouldn't be surprised.

The Bible forecasts a day when "normal" will be a world where people "will consider nothing sacred. Evil people and impostors will flourish. They will deceive others and will themselves be deceived...People will no longer listen to sound and wholesome teaching. They will follow their own desires and will look for teachers who will tell them what their itching ears want to hear. They will reject the truth and chase after myths" (2 Timothy 3:1, 12; 4:3-4).

God's word for His people in that world where untruths will be revered as truth is clear: "But you must remain faithful in the things you have been taught ... the holy Scriptures ... All Scripture is inspired by God" (2 Timothy 3:14-16).

I really can't afford to begin my day without first being with my Jesus. Letting the unchanging truth of His Word rekindle my love for Him so once again He's the only One I care about pleasing. And so I can download His perspective on what I will see, hear and experience today in a God-denying culture with its pretty packages and powerful magnets.

A world that is constantly trying to get you to be like them desperately needs you to be like Jesus. You are hope with skin on - hope that there is another way to be. "Blameless and pure, children of God without fault in a warped and crooked generation. Then you will shine among them like stars in the sky as you hold firmly to the word of life" (Philippians 2:15-16).

If it seems to be getting darker where you are, remember - stars show most brightly against the backdrop of a very dark sky.