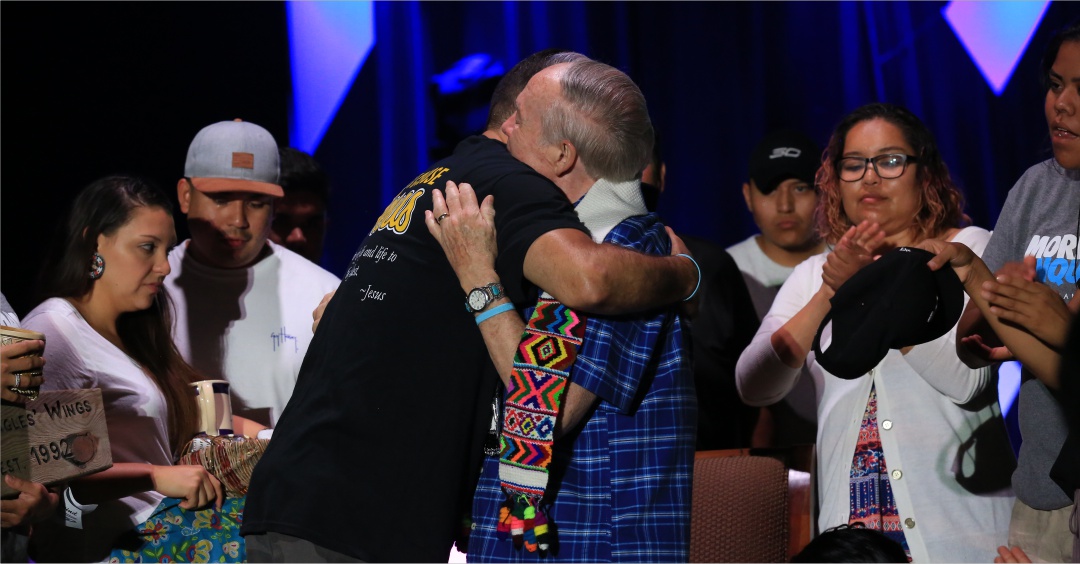 For all the gifts they have given this nation, I'm grateful to God for Native contributions far more personal. Because they have deepened my life. They've especially shown me ways to live life as a victor, not a victim.

For over two decades, I've been privileged to serve God with Native American young people from scores of tribes. I have received a mountain of blessing. Through gifts our many Native friends have unknowingly planted in us. The respect they have for elders...their transparency...the heart they have for the hurting. Just by them being who they are, I have seen enriching examples of what the Bible calls being "more than conquerors" (Romans 8:37).

1. Your history doesn't have to be your destiny.

We know the awful history of this country's First People. They lost their land, their language, their lives. Their young people are dying from drugs, alcohol and suicide at rates far beyond any other people in this country.

But I have seen Native Americans who refuse to be defined by their wounds. Instead, they have chosen to use the "crud-entials" from their pain as a bridge into other broken lives. Offering living proof that hurt can be recycled into hope for other people.

In my season of devastating loss, they reached out with their comfort...their encouragement...their love. Born from their own grief.

2. Your story can change someone else's story.

For 29 summers, I've traveled with young people from many tribes as they've been messengers of hope on more than a hundred reservations. Their stories break my heart. And then they tell how their story went from one without hope to one filled with hope!

As they open up their lives in the middle of a reservation basketball court, the pain-hardened hearts of Native young people suddenly open to stories so much like theirs.

And that's when these powerful spiritual warriors tell how One thought to be "the white man's God" rescued, restored and repurposed their lives.

Jesus. The brown-skinned Mediterranean Jew from a tribe called Judah. Who lived on land occupied by others. Who came from a place people said nothing good could come from. And who died a violent death - like so many of their people. Who, in the Bible's words, "so loved the world." Not part of the world. The whole world.

And the hope the Bible says is an "anchor for the soul, firm and secure" (Hebrews 6:19) is born in hundreds of young Native hearts. Through these young warriors and their deeply personal stories of hope.

Their example keeps playing back in my heart, showing me how my story can change someone else's story forever. As one Native young woman told me after sharing her Hope Story publicly for the first time: "I can't believe how God can use the worst things that ever happened to us to bring life to someone else."

3. Generosity doesn't depend on prosperity.

Karen and I have been blessed with so many gifts from dear Native friends. Sometimes we've cried - because the giver has so little. Like first century Jesus-followers, "their extreme poverty welled up in rich generosity" (2 Corinthians 8:2). Many of us have much to learn from our Native brothers and sisters about "giving living."

4. A sense of humor can disarm a sense of despair.

I love my Native friends' unique sense of humor. And they amaze me as I see how they can find a way to laugh at the things that have made their people cry. I was at a Native conference where the emcee asked people in the audience to finish "you know you're Indian if...." They cracked me up - until I suddenly realized, "This is one reason there are still Native Americans." Their laughter gives them perspective that makes the unbearable bearable. A sense of humor that defies a sense of despair.

5. You have to leave your comfort zone to really make a difference.

Many Native people seem intuitively reticent, guarded with showing their feelings. But my tribal friends weep openly for their people.

Like Jesus - who left the comfort of heaven to come to this messy world to rescue us - these spiritual warriors risk to rescue. And their courage challenges my sometimes cowardice when it comes to taking the risks to tell about my Rescuer Jesus.

I know now why renowned evangelist Billy Graham said, "The Native American has been a sleeping giant...they could become the messengers who will help win America for Christ." A Native American serving the Chief of all chiefs is unstoppable.

They have deepened my heart and life.