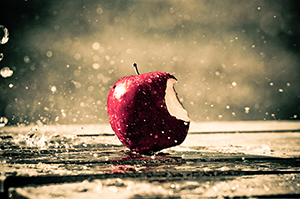 For as long as I can remember, they've been talking about the "Big One." That mega earthquake that could bring down much that stands in California.

A "Big One" hit a few days ago. It didn't show up on seismographs, but it rocked Hollywood. And its aftershocks continue to reverberate across the entertainment, political and business landscape.

It isn't buildings it brought down. But one of the most powerful men in America. Harvey Weinstein - herculean giant of the movie industry, highly influential contributor to some of the country's most prominent politicians - went from powerhouse to pariah, almost overnight.

Decades of dark secrets came crashing down like an avalanche. Scores of women, many of them Hollywood stars, recounted how the mogul used his power to reportedly harass, abuse and violate them sexually.

Now it seems that the spotlight is shifting from Weinstein's secrets to the dark secrets of others. Who knew about these incidents and did nothing - indirectly allowing other women to be violated? What other abusive secrets are hiding behind entertainment's bright lights?

But then, not all the sinful secrets are in Hollywood. Or Washington. Or in the lives of the rich and famous.

Lots of everyday folks have dark secrets, too. Their hours spent in the cesspool of online pornography. Their flirtation with - or involvement in - an extramarital relationship. Life-scarring sexual abuse.

Then there are the family secrets. Abusing the woman you once vowed to cherish and protect. Destroying loved ones with nuclear anger.

And there are the lies - serial deceiving to get your way, get ahead or get out of a jam. The smoldering bitterness that's building to a devastating explosion one day. The ego trips, self-serving ambition and subtle seduction wrapped in the righteous robes of ministry.

We saw in lurid headlines the fulfillment of the ancient pronouncement of Scripture: "Be sure that your sin will find you out" (Numbers 32:23). Be sure! No matter how clever, no matter how beloved.

And whether or not our secrets are exposed here, "the day is coming when God, through Christ Jesus, will judge everyone's secret life" (Romans 2:16).

And, "Do not be deceived; God is not mocked. Whatever a man sows, he will reap" (Galatians 6:7). God will make sure the secret is found out - as an act of love. To protect us from the soul-destruction of successfully continuing our sin. In the words of a major Christian leader who ultimately confessed his sexual sins, "Secrecy empowers sin."

Sin is like a vampire - it thrives in the dark. And it can't stand the light. But the longer it hides, the higher the price we pay. Living in the constant fear of discovery. Carrying the ever-heavier backpack of guilt and shame. Eroding our soul by living a lie. Piling up greater judgment by God.

It's a scary thing to open the door and drag your dark secret out into the light. But it's more frightening to let the sin and its toll continue to grow.

"Nothing in all creation is hidden from God. Everything is naked and exposed before His eyes, and He is the One to whom we are accountable" (Hebrews 4:13). The secret is no secret to God.

His Son died to pay for our monster in the dark. There is no sin so great that His grace is not greater. But to be free and forgiven, we have to drag our sinful secrets out of the closet and to His Cross.

Jesus erases those sins from God's book. He walks with us through the consequences of facing that secret. And He sets us free.

Secret sin is an awful bondage. Forgiveness is freedom.