"Do you realize we're getting to see what most Christians never get to see? Just like in Acts - people being saved daily!" 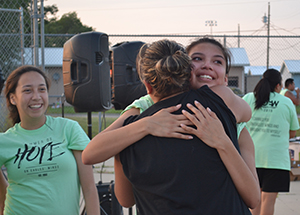 That comment to the team from a fellow warrior captured much of the miracle this amazing Summer of Hope. Day after day, young people coming to Christ - on Indian reservations! Where commitments to Christ are rare.

It had to be God. And, oh, how He showed up - with rez basketball courts as His platform!

You prayed...and here's how heaven answered...

And through His warriors... 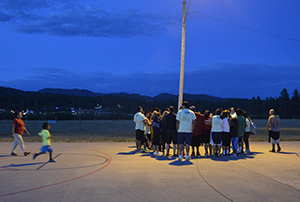 Every place, without exception, when the invitation was given to publicly choose Christ, the response was instantaneous and overwhelming! Virtually everyone! 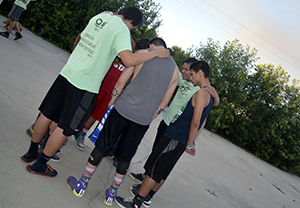 The powerful prayers of God's people!

These victories were won, not on reservation basketball courts, but in the Throne Room of God. Those courts became holy ground where God's warriors harvested breathtaking answers to prayer!

Your prayer. Backed by your gifts that sent the warriors.

And, most powerfully, the years of prayer by people who live in those places - seeing daily the brokenness and hopelessness all around them.

The Indian woman who told me tearfully, "This is what I've prayed for over 30 years." The Native man who said, "For so long, we've prayed that God would do something to get a hold of our people." Then, looking at his people being led to Christ all over the park that night, he said, "And this is it!" 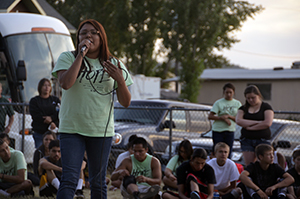 Or, as one veteran missionary said, trying to explain the breakthrough he had just witnessed - "Years and years of tears."

God has seen those tears. God has heard the heart-cries. And in the summer of 2015 - through a little band of warriors He has snatched from the fire - He came down for the rescue.

"It was not by their sword that they won the land, nor did their arm bring them victory; it was Your right hand, Your arm, and the light of Your face, for You loved them." Psalm 44:3

Watch & read the other reports from the 2015 Summer of Hope!