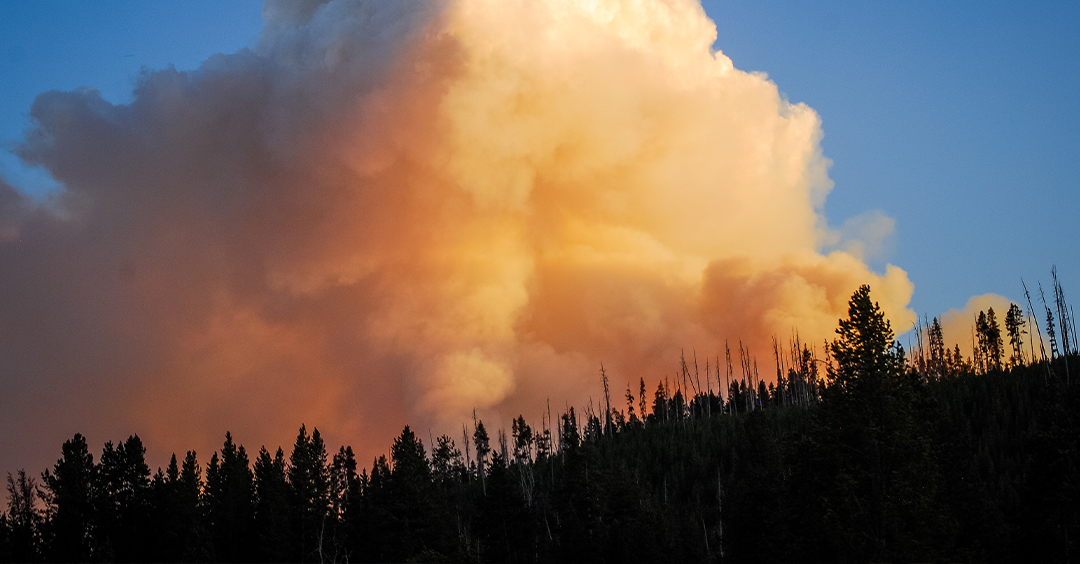 It seems as if every summer there are raging fires in the American West that destroy hundreds of thousands of acres of timberland, and sometimes homes, businesses, and sadly, even lives. When a major fire broke out near an Indian reservation that our Native team had ministered on only a few months ago, I paid pretty special attention. Sadly, that fire spread to parts of the reservation, consuming the very timber that's a major part of their already impoverished economy; along with homes and property outside the reservation. I knew it was going to take a long time to recover. You know what the cause of that very costly fire was that made the whole thing even sadder? It was started by a government firefighter who was hoping there would be a small fire that would give him some work.

I'm Ron Hutchcraft and I want to have A Word With You today about "Uncontrolled Fire."

A man let a fire start to help meet a personal need he had. It raged out of control; it did more damage than he could have imagined in his worst nightmares. You know, that's a mistake that many a man has made-and even some women-with a deadly fire the Bible calls lust.

In a passage that warns against the costly mistakes we can make when we follow our sexual passions, God vividly describes what lust is really like. It's in Proverbs 6:25-28. It's our word for today from the Word of God. Here's what He says about misguided passion, "Do not desire her beauty in your heart...Can a man take fire in his bosom and his clothes not be burned? Or can a man walk on hot coals and his feet not be scorched.?" Lust is fire...it's hot coals. In the previous chapter, God described the way sexual passion was created to be. He says, "Rejoice with the wife of your youth...be ravished with her love" (Proverbs 5:18, 19). In other words, "Save it for your wife, buddy!"

It could be, though, that you are playing with the fire of sexual lust; maybe thinking, like that firefighter, that you can keep it under control. For a little while, maybe. But lust is a fire that's suddenly going to take you over and it's going to engulf you, and things and people that you care about as well. Maybe you're just trying to meet a personal need, but you have no idea what a blazing inferno this could become and the damage it will do.

You may be playing with fire on the Internet, in magazines you look at or movies you watch, or just in the way you look at the opposite sex, or the way you push all the boundaries in what you're doing physically with someone. If you'll be honest with yourself, you'll see increasing evidence that you're not controlling your passions. They're beginning to control you. The fire is spreading.

The first thing they do to stop a fire is burn the ground ahead of it so it will run out of fuel. You've been feeding the fire of lust. Well, while there's time, you've got to start to starve that fire. No more fuel. Get rid of it all! And get some help to put out the fire. Confide in a spiritually mature person you trust; tell them you want to beat this and meet them regularly as an accountability partner. And every new day, give this battle to your all-holy, all-powerful Lord to help you win it one day at a time. You have His promise in Romans 6:14, "Sin" - that sin...name it whatever it is - "shall no longer be your master!"

Before the fire spreads, before it does any more damage, please turn and fight it with everything you've got. The landscape is scorched and scarred with the desolation of those who didn't.