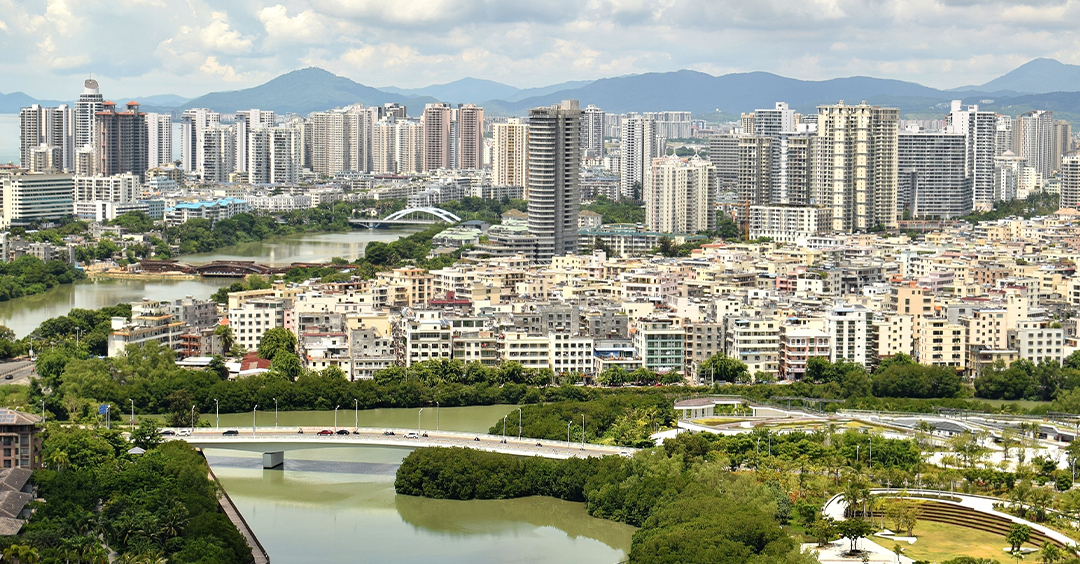 Normally, Hainan Island is thought of as a tourist attraction. But the 24 American military personnel who were held there by the Chinese in early 2001? They probably didn't feel much like tourists. As the Americans reported it, their reconnaissance plane had been disabled by a Chinese jet that had flown too close and crashed into them. The jet pilot was lost and the American crew almost was, except for some extraordinary flying that managed to land their damaged plane on that Chinese island. There were days of tense negotiations, with the Chinese insisting on an apology and the Americans insisting on the release of their crew. The stalemate was finally broken by two words that the President of the United States included in a statement to the Chinese; words that expressed our sorrow over the loss of the Chinese pilot, not over the incident. The words? Yeah, you might have guessed, "I'm sorry." That's all it took. The next day our crew was on their way home.

I'm Ron Hutchcraft and I want to have A Word With You today about "Two Words That Can Save a Relationship."

The incident over our downed plane wasn't the first time that a stalemate has been broken by those two little words. And I can't help but wonder how many marriages, how many children, how many churches, how many relationships could have been saved if someone had been willing to say those two words, "I'm sorry." Or the longer version, "I was wrong." Maybe they're the words you need to be saying right now.

Our word for today from the Word of God gives us a challenge that can have amazing effects in a damaged or strained or even a broken relationship. It's James 5:16, "Confess your sins to one another and pray for one another that you may be healed." So much healing can begin when we're willing to swallow our pride and admit what we've done wrong. And the longer we wait to apologize, the higher the wall gets.

We'd rather focus on their sins, the things they did wrong. But God says, "Each of us will give account of himself to God" (Romans 14:12). We're to confess our sins, not their sins, which we are more than willing to confess their sins. But the Bible clearly encourages us to be quick to apologize - even to "leave our gift at the altar" and "first go and be reconciled" to our brother and sister (Matthew 5:23, 24). It's part of carrying out our Lord's orders in Romans 12:18, "As far as it depends on you, live at peace with everyone."

Well, it certainly depends on me to say "I'm sorry" for anything I've done that has caused hurt or misunderstanding. Even if let's say I'm just 10% wrong and they're 90% wrong (which is almost surely the case, huh?). I'm responsible for my 10% then. And not for a lame, often hedged apology like, "Well, I'm sorry if I've done anything wrong." Our healing apology should be as specific as possible.

Maybe you grew up in an environment where people who never admitted they were wrong. You may be in a situation where the feelings are hard, the walls are high, and where you've really been wounded. But none of that changes your responsibility as a follower of Jesus Christ to say, "I was wrong" to say, "I'm sorry" when that's the case.