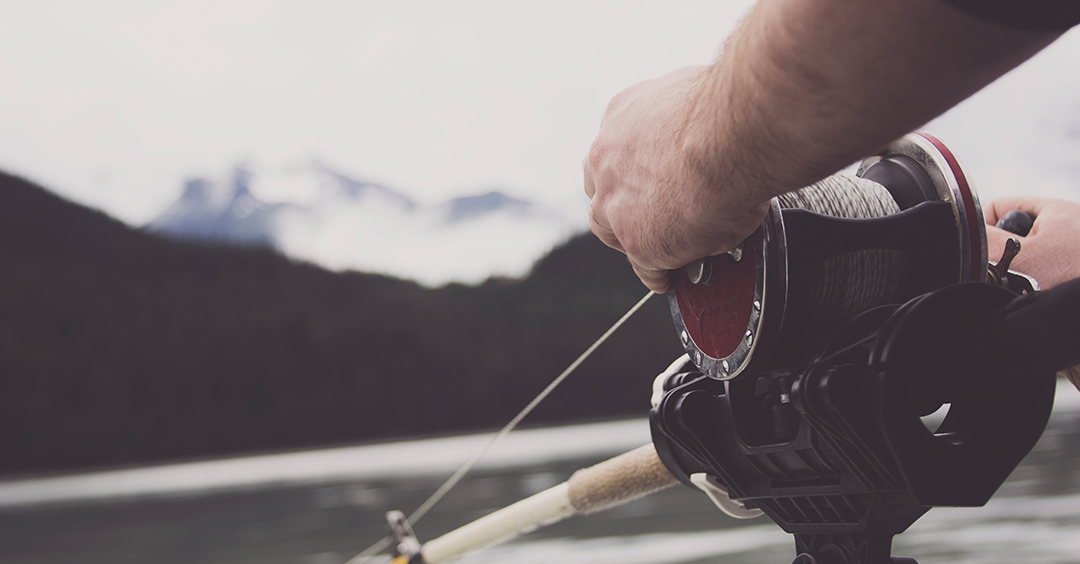 I used to work with someone on our team who was a fanatical fisherman! He actually told me about a boy who was starting very young down that same road, or stream as the case may be. At that point, James was only three years old, but his dad had already taught him to fish! The first time they went fishing together Dad gave him a cricket to use as bait. Well, beginner's luck - James caught himself a little sunfish with that cricket. And then, just for fun, Dad decided to let his boy try some serious bait - what fishermen call stink bait. It's got something like pieces of liver in it. Wouldn't you know it! Little James reeled in a seven pound catfish! When Dad tried to get him to go back to the cricket bait - no way, Dad! He had discovered what kind of bait attracts the big ones!

I'm Ron Hutchcraft, and I want to have A Word With You today about "The Bait and the Catch."

Our word for today from the Word of God comes from Proverbs 31:30-31. This whole chapter is actually God's description of a woman who is, in the words of the chapter, "Worth far more than rubies." Who has, as it says, "noble character," who ends up with a husband who "has full confidence in her," and who, "takes his seat among the elders of the land." Boy, she caught a good one! Well, here's her idea of attractive: "Charm is deceptive and beauty is fleeting, but a woman who fears the Lord is to be praised." And then it says, "Give her the reward she has earned." The woman God praises and the woman a quality man praises is a woman who focuses on having a heart that's right.

Physical appearance, or some kind of social manipulating - that's an increasingly radical blueprint for being a woman when we live in a world that glorifies the physical, the sensual, the sexy. But, many women don't seem to understand what little James already knows - the kind of bait you offer determines the kind of catch you get!

Sometimes you'll hear a woman making the all too accurate complaint that "all men care about is the physical." Well that's another program to talk through that one. But most women I'm acquainted with are not interested in being a sex object to men, or a thing rather than a person, or body parts rather than a whole person. They are made in the image of God and they are infinitely valuable. They want a relationship with men, not a sexual game where they're a conquest. And that's in line with what God wants. In 1 Timothy 5:2, He commands the young men to "treat the younger women as sisters with absolute purity." But apparently there's some women that don't understand that it's harder for men to think pure Because a woman is more stimulated by touch than by sight, it is said, she might not understand the message that she's sending; the trigger that she's activating by what she wears, how she moves, how she flirts. Now that can never excuse a guy from his lust and his sexual wrongs, and blame the woman.

But in many cases a woman wants a man who thinks pure. The lie is that women have to dress a certain way to get male attention. Well I think the bait determines the catch. And thus, the tragedy of our superficial, mostly physical, usually sinful, mostly doomed relationships.

I like 1 Peter 3, God describes the package that a truly beautiful woman offers. He says, "Your beauty should not come from outward adornment. Instead, it should be that of your inner self, the unfading beauty." Those who carry the radiance and the innocence of an inner Jesus glow offer a beauty that Hollywood could never match.

So, don't go for the lies about the bait that draws the little fish. Even a little boy knows if you want the best, you need to offer what attracts a quality catch.