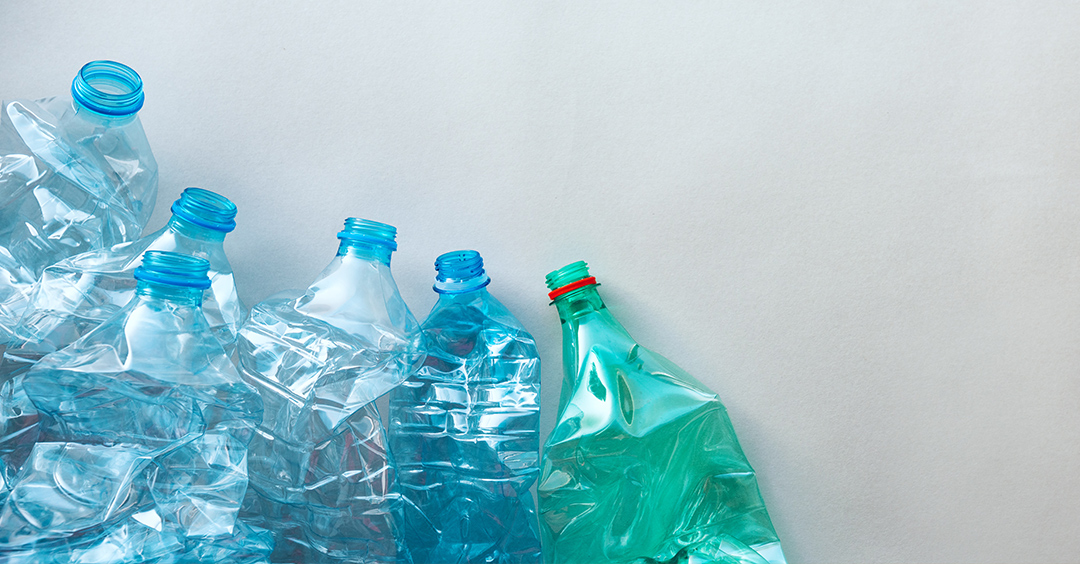 Our son brought a playful little Shih Tzu puppy into our house. She loved to play with bubbles. Yeah, she would chase those bubbles that we would blow on the floor, and it was crazy to watch. And she also loved bottles. You know, the plastic bottles? She would enjoy a good battle with any two-liter plastic soda pop bottle, and we'd throw it on the floor. She'd attack that thing! You could hear it all through the house! Here's this plastic bottle being thrown into the air, she forces it up against the wall, it thuds along the floor, (Oh, it was great when you're trying to sleep, let me tell you.). Finally she would fight that thing until she was just totally exhausted. And then you'd hear nothing. You'd go in and she was totally flopped on the kitchen floor. There she was, flat out, almost out cold it looked like. She had literally worked herself totally out of energy in combat with a dumb, plastic bottle.

I'm Ron Hutchcraft and I want to have A Word With You today about "Plastic Wars."

Our word for today from the Word of God comes from Luke chapter 17, beginning with verse 26. Jesus says, "Just as it was in the days of Noah so it also will be in the days of the Son of Man. People were eating, drinking, marrying, being given in marriage, up to the day Noah entered the Ark." Then the flood came and destroyed them all. It was the same in the days of Lot. People were eating and drinking, buying, selling, planting and building, but the day Lot left Sodom, fire and sulfur rained down from heaven and destroyed them all. It will be just like this on the day the Son of Man is revealed, He said. God says those last days, just before He comes back, will be just like the times of Noah and Lot.

Was there something terribly wrong about eating, drinking, marrying, planting, building, buying, selling? See, those things aren't patently wrong. But I think God might be saying they were living in important times with really important issues to consider - important battles to fight. And meanwhile, they were just like trapped in the trivia of life. Fighting with plastic bottles; getting all worn out and stressed out while life and death battles were all around them and they were left un-fought.

Sounds like many of us. Some of us are so concerned with our business, our career, our pursuit of success - by the survival of life itself - that we just end up seeking last the Kingdom of God instead of doing what Jesus said, "seeking it first." There's little time left to do God's work, to build relationships with lost people.

We've got very little money left to put into the great battles God's fighting around the world. And too many Christians are caught up in fighting micro-battles while we're losing the macro-battles for people's ever-living and never-dying souls.

We fight over denominational distinctions and that 10% that divides us instead of focusing on the 90% that unites us. We split hairs over the don'ts of the Christian life, or music styles, or eventually we end up getting known more for what we're against than what we're for.

Some of us are pretty aloof from other believers because we're more spiritual than they are; at least by our definition of spirituality. Some of us are getting all worn out on plastic wars; fighting fiercely over issues that make us miss the dying people all around us. The doctrine is very important. Righteous behavior is very important. But we just dare not lose sight of the greatest battle of all. It's the battle for eternal souls - for people's lives, for people's eternities.

Let's not be so busy just purifying the faith or making a political point, making sure that every "i" is dotted and every "t" is crossed, that we lose our focus on bringing multitudes to Christ. See, that's the life or death battle. We can't afford to be fighting each other over some plastic bottle when there's a life or death war going on all around us.