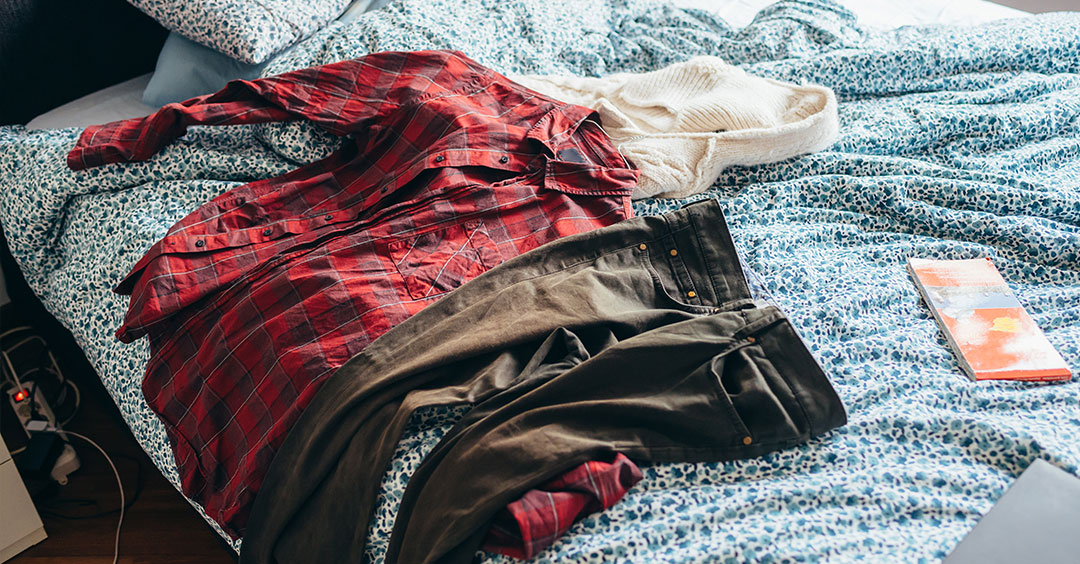 Over the years when the Hutchcraft family moved into a motel room for a night we had the same experience: we walk in, the room is all neat and tidy. The five Hutchcrafts are there and all the work that the room fairy did to make the room neat is destroyed in a matter of minutes. See, each person has unpacked their clothes which some put in drawers, most just start littering the beds and the chairs. And as people start using the sink, that becomes chaotic too! We've got brushes and drinking cups and various toiletries, hopelessly intermingled. Now, look, I'm a firstborn. I value order, you know, and this drives me nuts. So I developed a simple system, well at least to make it clear which was my stuff. I announced that my things would always be on the right; the cup on the right was my cup, the toothbrush on the right was my toothbrush, the towel on the right was my towel. And how do you expect your family to always remember that you might ask. Well, I gave them a simple motto to remember, one that I thought would serve them well for years to come, I just simply said, "Remember guys, Dad is always right!"

I'm Ron Hutchcraft and I want to have A Word With You today about "Parents Who Are Always Right."

Our word for today from the Word of God comes from Ephesians 6:4. It's a parent's verse. It says, "Fathers, do not exasperate your children; instead bring them up in the training and instruction of the Lord." Now, that word "exasperate" is interesting. It's ex-asperate. It's like you're out of oxygen. You're ex aspirated. It's when your kids are going (deep breathing), "Mom! Dad!" I mean, you've really frustrated them. And few things are more exasperating than a parent who says, or acts like, "I'm always right." That kind of parent seldom listens, seldom if ever apologizes, seldom makes a child feel competent, or confident, or adequate, or worthwhile. Now, my use of that phrase, "Dad is always right" was meant to create some order. When a parent is serious about always having to come out right, that does anything but create order. It creates terrible frustration, anger and seething rebellion.

Now, you may have grown up around a parent who never could admit he or she was wrong. Did that make you respect them more or less? Someone who insists on always being right actually loses the very respect they're trying to maintain. A healthy human being doesn't care who was right, they only care what is right. I've had to kneel by the bed of a five-year-old son and say, "Son, I'm sorry for what I said to you and what I said to your Mom, would you please forgive me?" Now, he knew I was wrong, my wife knew I was wrong, I knew I was wrong, but I had to admit it in order for there to be healing.

I remember the night that Ed finally told his daughter Sandy that he'd been wrong. It was in the emergency room. They were pumping Sandy's stomach to save her life when they told her she had overdosed. And that night Ed said, "I've been copying my father Sandy. I've been doing some of the same things he did that hurt me, and I've been wrong. Would you please forgive me?" And she did. And a new relationship was born between Sandy and her father on the night she almost died.

Don't wait for the emergency room, or the explosion, or the rebellion. You see, Dad isn't always right. Mom isn't always right. And in spite of my motel room motto, we're wrong sometimes. Don't be too proud to admit it. Because the price for that kind of pride is just too high to pay.