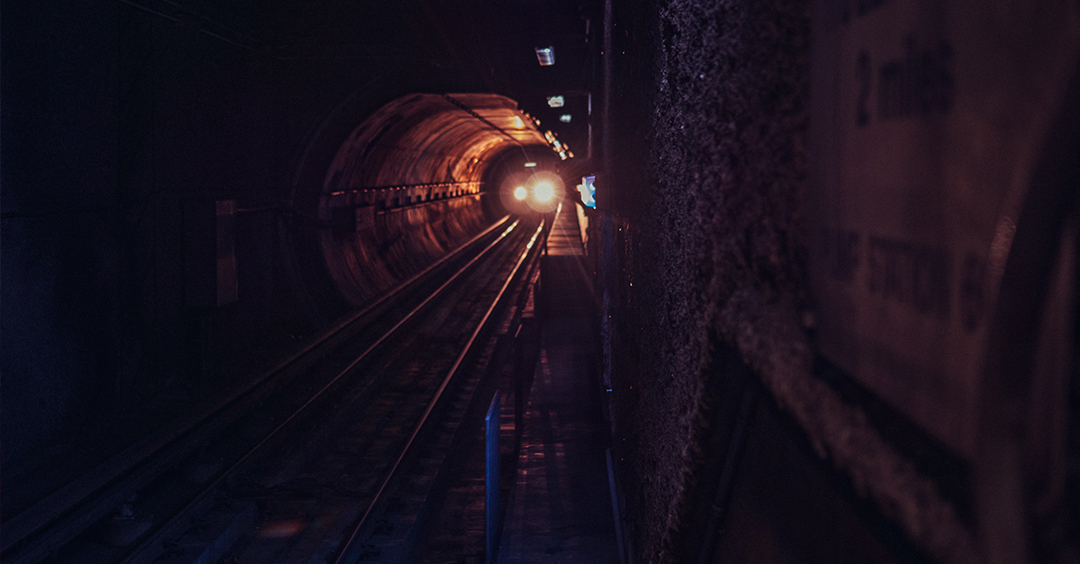 Some friends of ours were at Universal Studios, and they wanted to see behind the scenes of TV and movies. So they went on the tram that takes you on their backstage tour. They had their preschooler with them, and they weren't really too excited about him being terrorized by King Kong and the shark from "Jaws." So, when King Kong appeared on one side of the dark tunnel, they just turned their child's attention to the tunnel and said, "Ooo, look at this dark tunnel! What's this inside your hat?" It worked. He never saw King Kong. Never saw "Jaws." As the shark was jumping out of the water near his father's back, the little guy was studying the scenery on the other side. Whew! He never saw the shark.

I'm Ron Hutchcraft and I want to have A Word With You today about "Looking at Something Better."

Now, we could discuss whether this couple should have taken their preschooler on that tour or not, but they did do something smart. When there was something their child shouldn't experience, they creatively turned his attention to something else. That's not a bad strategy for parents who are raising their children in a world that's increasingly filled with monsters that can hurt them and destructive things that they shouldn't experience.

It's a strategy actually directed by God in our word for today from the Word of God in Deuteronomy 11, beginning with verse 16. Like us, these parents were trying to raise their children in a culture where sin was cool and temptation was everywhere. God says, "Be careful, or you will be enticed to turn away and worship other gods. Fix these words of mine in your hearts and minds, teach them to your children, talking about them when you sit at home and when you walk along the road, when you lie down and when you get up, so that your days and the days of your children may be many in the land."

God is calling godly parents to play offense, not just defense, especially if you're in a spiritually hostile culture. Don't just try to keep your children from touching wrong things. No, help them look in the other direction and find better things to experience - God's things!

You can't just say no to everything; you have to offer alternatives and positive reasons. For example, sex is something that is too beautiful to ruin by taking it out of the Creator's fence called marriage. Heavy dating can be morally dangerous, but why not be for guys and girls having some great times as friends in mixed groups? In fact, why don't you help set some of those things up? In fact, why not at your house?

If you don't want your kids listening to destructive music, invest in music they can listen to. Invest in constructive interests and constructive friendships they have. Make your house a fun place, a welcoming place for their friends so they don't have to go to other homes where it's easier to get in trouble. Have great parties for your kids and for their friends.

And maybe you can give them the two words I gave my kids as they left for school each day, "GO MAD!" Now before you think that's nuts, that has nothing to do with having insane children. That's another discussion. No, "GO MAD" means "Go Make A Difference!" I wanted them to see they didn't have to follow their friends down roads to nowhere; they could lead their friends to experiences that leave no scars and no regrets.

We need to show our children that what we're against is because of what we're for: things like living without guilt, relationships without regrets, the specialness of sex, the value of life, a good reputation, protecting the worth that God gave you.

We can't just be against the monsters and predators - the sharks and the gorillas - that are around our children. We've got to direct their attention to all of God's good stuff!