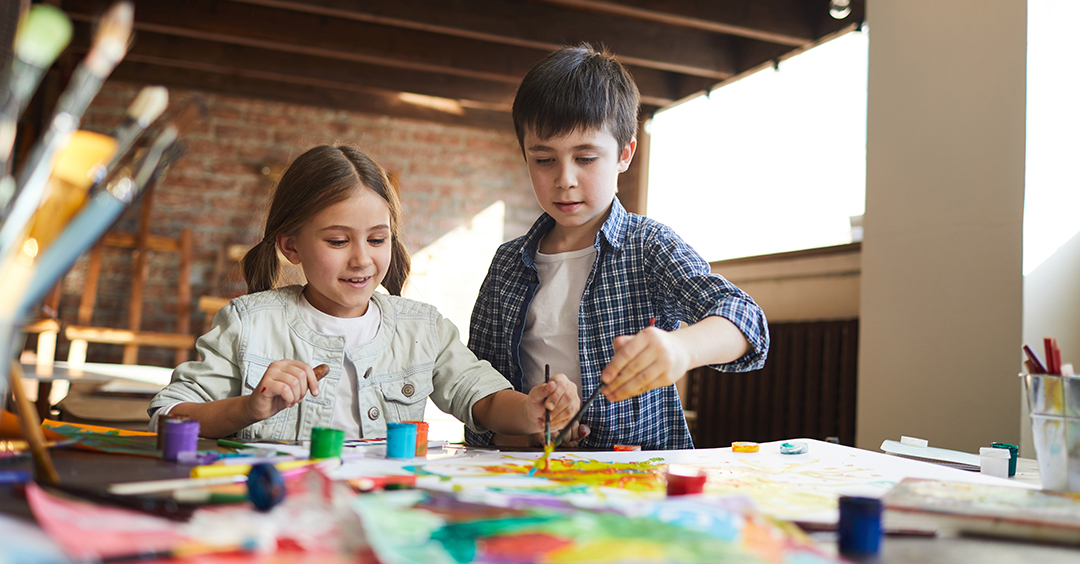 I never had a sister when I was growing up, but my sons did. Our daughter is the oldest, and her two brothers each came at about two year intervals after that. As I watched their relationship over the years, it was interesting to see what I had missed: a lot of kidding around, some exciting disagreements, some hugs, some advice, some conflict, but a lot of loyalty. One thing was always really clear, say between our daughter and her older brother. No one had better do his sister wrong. He was always her personal "look-out-forer." Is that a word? And until our son-in-law came along, no guy had ever been good enough to get her brother's "thumbs up." Two years younger, he was always her protector. You know if you're a sister, it's nice to have a brother like that.

I'm Ron Hutchcraft and I want to have A Word With You today about "Brotherness."

Our word for today from the Word of God comes from 1 Timothy 5:2, God's roadmap for relationships between young men and young women. He says very simply, "Treat the younger women as sisters, with absolute purity." That's not how our culture tells young men to treat young women. It's more like "treat the young women as conquests, as lovers or something like that." God says they should be treated as your sisters.

What does that mean? To tease them mercilessly? Argue with them? No, I don't think so. The love of a brother for a sister, after all is said and done, is protective love. Like our son for his sister. "Look, I'm your brother and I won't let anything happen to you that could hurt you." That's why God says that men should treat women "with absolute purity." "I won't use you. I won't push for us to get physically involved. I won't even think about taking your greatest gift - your virginity. I won't let my mind wander into fantasies that would reduce you to a thing. I'll guard your reputation. I'll guard your purity. I'll guard your character."

Now that's the heart of real manhood: protecting a woman from being hurt, from being used, from being exploited, from being devalued - especially by you. There's a critical shortage of that kind of manhood. The man who steps up to this kind of brotherness is a rare treasure, and like anything rare, he's very valuable. He stands head and shoulder above all the other men who are much more takers than givers.

And if you're a young woman who wants young men to be like this, you need to encourage guys you know in that way. Dress like you want brothers and friends, not users. Talk like it. Act like it. Young men desperately need young women who will bring out the best in them - the brother in them.

If you're a young man, you need some sisters! Develop brother-sister relationships with the young women in your world. You'll experience a level of sharing and caring that the sexual conquerors will never even get close to. Treat her like family, like God's family...like your sister. The manliest men in the world are the men with whom a woman can know she is safe, that she is respected, that she's treasure to be protected from anything that could spoil her.

Every sister needs that kind of brother. So, let it be you.