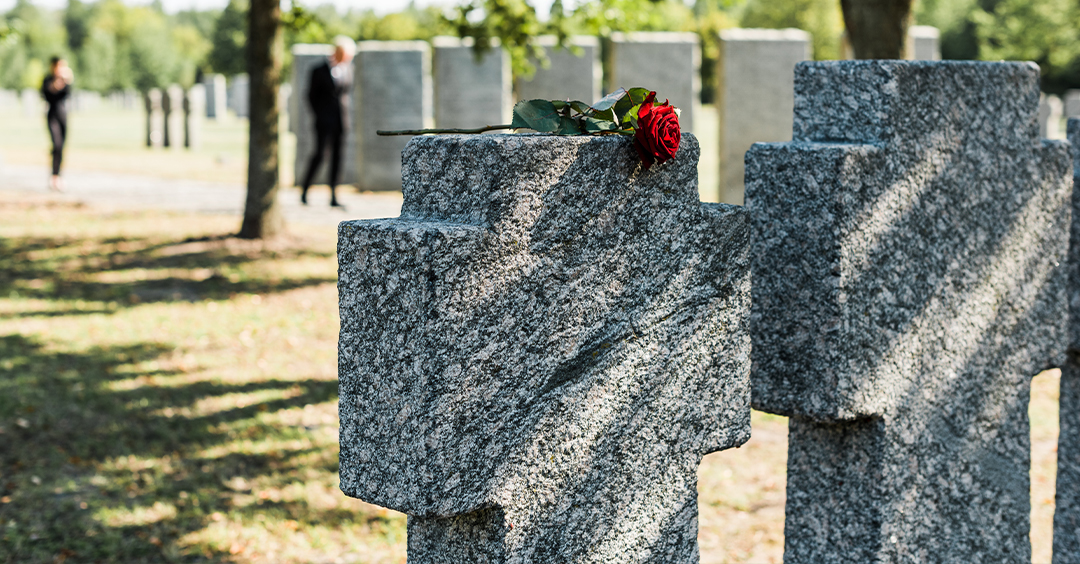 My dad was a great man, and I still miss him, even though he's been gone for a lot of years. I'll often think about his laugh, his favorite sayings, his great personality, his fun sense of humor, and his unconditional love and support for me. Because he's buried in a place where I don't often get to go, it's been quite a while since I've been able to visit his grave. But I did not too long ago. And I was impressed with the simplicity of what, besides the dates of his birth and death, is engraved on his gravestone. It just says, "John Hutchcraft, husband and father."

I'm Ron Hutchcraft and I want to have A Word With You today about "A Man's Lasting Legacy."

I guess standing at my father's grave after all these years was sort of a values clarification reminder for me, and maybe for you. My dad held many titles in his life; he was chairman of our church board, chairman of the board of a youth ministry, foreman and plant manager. But other people held those titles before him and after him. He's the only husband my Mom ever had. He's the only father I ever had. His tombstone honors him accurately; it's what he did as a husband and a father that's the most lasting legacy of his life. That's something for any man to consider.

God seems to put a pretty high priority on those life-roles. You can see it even in His list of requirements for those who aspire to positions of spiritual leadership. In 1 Timothy 3, beginning with verse 2, our word for today from the Word of God, He says, "An overseer must be above reproach, the husband of one wife...He must be one who manages his own household well, keeping his children under control with all dignity, (but if a man does not know how to manage his own household, how will he take care of the church of God?)." God seems to be saying here, "If he isn't being the right kind of husband and father, please don't spread the infection to the church!" But this isn't just about leadership credentials. It's obviously a statement about what God values in a man.

Tragically, too many of us men have fallen for lies about what will give our lives significance. We go after comparatively trivial pursuits: a promotion at work, the next rung on the ladder, an award, a higher income, the acclaim of our organization, our church, or some important person, or just that bigger title. But there's no bigger title than husband or dad.

I have friends that I respect because they've been offered some great promotions in their company, but they've turned them down because they realized it would hurt their family and it would make them less of a husband and less of a father. To be a hero at work or a hero at church and a zero at home is a price too high to pay. Sadly, even many women in our day have now fallen for the lies about significance that have literally been killing their men. They have been chasing the same pursuits and finding the same lack of fulfillment we did there. God says there's nothing more significant, there's nothing more lasting, there's nothing more profitable you can do than the mark you make at home.

Those lives that you mark at home; whether it's by your involvement positively or neglect negatively, that's the lasting legacy of your life. There is no greater legacy you can leave them than to introduce them to the Father, the God who gave up His one and only Son so we could be His sons and daughters. Give your best to the legacy that will truly define the impact of your life.