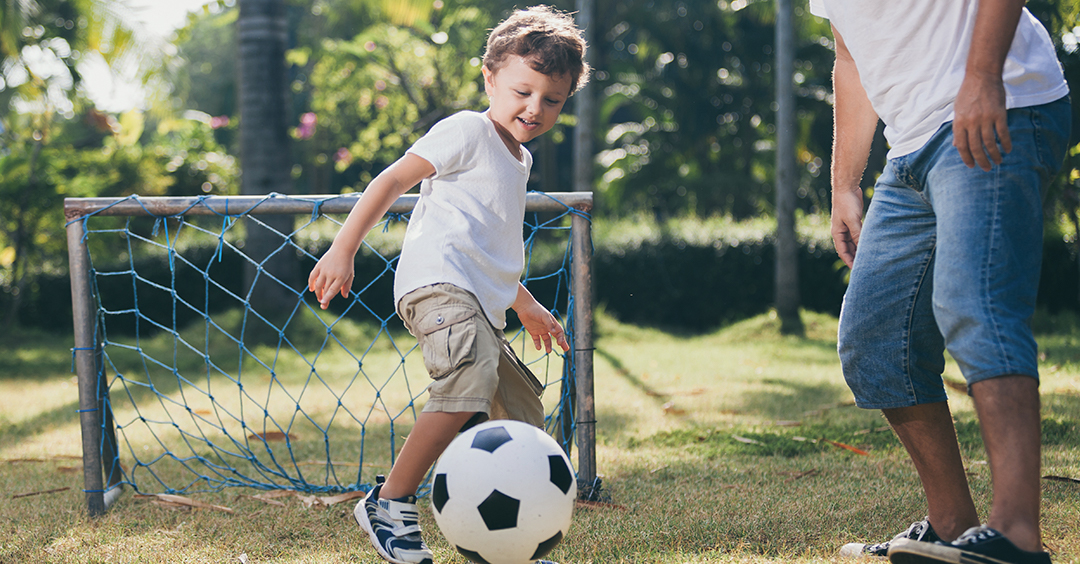 I'm Ron Hutchcraft and I want to have A Word With You today about "Your Time to Shine."

Now, I guess our grandson looked around and said, "Well, if it is to be, it's up to me!" And suddenly he stepped up to make a difference like he'd never made before. It may be that time in the game for you right now, time to step up and really make a difference.

You've got a great example to follow in our word for today in 1 Samuel 17, beginning with verse 23. The Israelis and Philistines are lined up facing one another on opposite sides of a valley. Every day the Philistine giant comes out and he challenges the Israelites to send out a man to fight him, with the people of the loser serving the people of the winner from that day on. Young David, the youngest brother in his family, arrives to bring food to his warrior brothers just as Goliath is coming out to issue his challenge for the 40th day in a row.

The Bible says, "Goliath...shouted his usual defiance, and David heard it. When the Israelites saw the man they all ran from him in great fear. David said to Saul, 'Let no one lose heart on account of this Philistine; your servant will go and fight him.'" Well, none of the big varsity players in their nice uniforms will get in the game - so the kid does, with just a slingshot. He doesn't have the training the others do, he doesn't have the experience, he doesn't have the weapons, but he's willing to step up because he believes, as he tells Goliath, "The battle is the Lord's." And Goliath went down because an unlikely, seemingly unqualified hero stepped up.

This is a time when the Goliaths of hell are holding the field all around us. Not because the darkness is so strong, but because no one will step up and fight the darkness. Right now God's summoning you, maybe as unlikely and unqualified as you may feel you are, to come out of the shadows and get onto the front lines.

Someone has to take that assignment where no one else is rising up to. Someone needs to step up and change the atmosphere in your church, your family, your home, your school, or where you work. Someone has to fight for your marriage. Someone has to be the one to confront what's wrong, to bring people together, to lead a prayer effort, to talk about Jesus.

In Isaiah's day when God asked, "Who will go for us?" Isaiah answered, "Here am I, send me" (Isaiah 6:8). Maybe you've been holding back saying, "Here am I, send him." Well, God's summoning you to step up for this one - like our grandson on that soccer field, making a greater difference than he'd ever made before, because he knew it was up to him this time. And this assignment from God is up to you.

Even if there are defiant giants standing in the way, it's your time to shine! And you will. Because the battle is the Lord's.