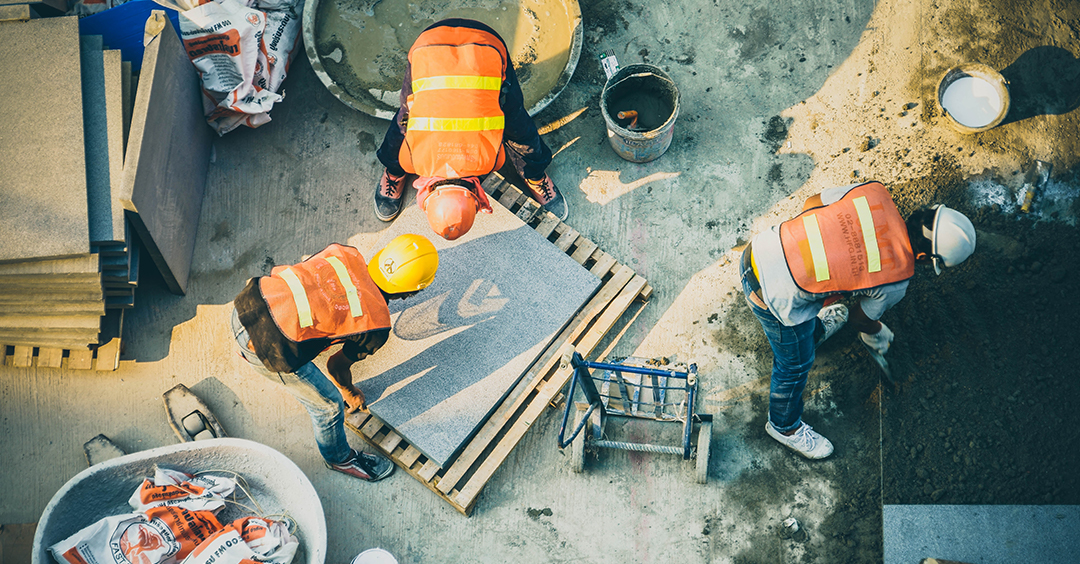 I've got a lot of friends who live on some pretty isolated Indian reservations in the United States. And, frankly, there just aren't many jobs there. But recently, a couple of them have suddenly found themselves making some pretty big money on a construction job. One of my Native friends said, "Man, this is a great job! They're building a road, and I got hired, and it's great money!" Actually, when you're working construction, it usually does mean some pretty decent pay.

I'm Ron Hutchcraft and I want to have A Word With You today about "Your High-Paying Construction Job."

If you're a follower of Jesus, you already have a construction job. Yep! He's assigned every one of us to work on His building crew, and it's really rewarding. Except it's not a road or a structure He's hired us to build. It's people - the people you're with day after day in your personal world.

Our divine Contractor's instructions are in our word for today from the Word of God in Ephesians 4:29. The Lord says, "Do not let any unwholesome talk come out of your mouths, but only what is helpful for building others up, according to their needs, that it may benefit those who listen." God is trying to build the people around you, and He wants you on His construction crew. And your primary tool in building people up is what comes out of your mouth.

For some of us, the problem is that first thing we need to do is resign from the demolitions crew! Our mouth may actually be tearing people down. People who are close to us, and it's tearing them down more than it's building them up. And according to the next verse, that literally "grieves the Holy Spirit of God." Why? Because you've been tearing down someone that He's trying to build, with your sarcasm, your criticism, your focus on what they're doing wrong, the names you call them, or the wounds that you inflict when you're angry or when you're frustrated with them.

God says, "Don't let any of that kind of junk come out of that mouth of yours!" Instead, dedicate yourself to using your mouth as something that builds people, not tears them down. So, how do you do that? Well, by always praising the good you see in someone and by always looking for something to praise. You're in the construction business when you share something encouraging from God's Word that can lighten their burden that day, or when you consistently thank people and don't take them for granted, when you say the nice things now that people usually say at a person's funeral - when they can't hear them anymore!

And when you're in the construction business with Jesus, it really does pay well. People look forward to being with you. Because your own attitude becomes much more positive as you look for the positive in other people, and then your own joy increases. Working relationships have less friction, your family has less friction, and your church has less friction. People trust you. They open up to you because they feel safe with you. They feel you care about them. They feel like you believe in them. And, most important of all, you have the blessing of Almighty God on your life.

Jesus is still hiring people. There's a want ad out there for His construction crew, and the rewards of being in the construction business with Jesus are tremendous. Won't you help Jesus build the people that He's placed under your influence where you are?

His mission is pretty simple. It's expressed in just a few words in Hebrews 3:13. Let's see how you're doing. "Encourage one another daily."