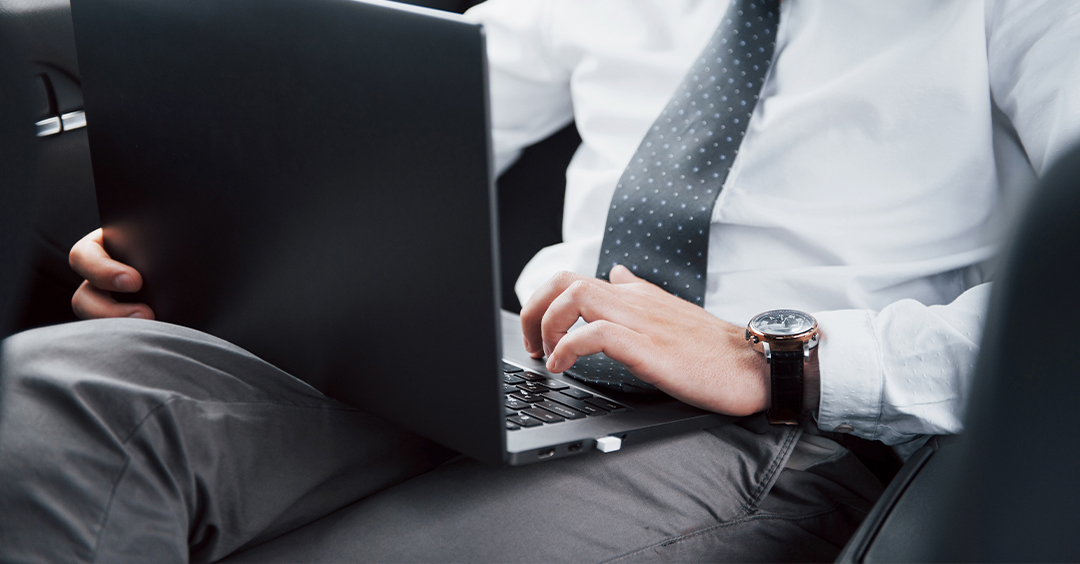 A lot of my writing, including for these visits we have together, takes place while I'm on the road. There was a time my wife did a chunk of driving to some ministry events, and she did that often. So me and my little friend laptop could do some work. Now, I had about 12 hours of writing work to do and my computer battery lasted for maybe two or three hours. No problemo! Power strip that I can plug into the cigarette lighter, and when I plug Laptop into that, he's running on the power in the car, not just the power in himself. Which means there's basically no limit to what we can do together!

I'm Ron Hutchcraft and I want to have A Word With You today about "When You Don't Have Enough to Finish."

Now, if you've been living for Jesus Christ very long, that power equation probably sounds familiar to you. Or it should. Your resources run out. That doesn't mean you're done - not if you plug into His. His resources never run out.

I've been running a lot on this tremendous promise in Hebrews 13:20-21. It happens to be our word for today from the Word of God. It says, "May the God of peace, who through the blood of the eternal covenant brought back from the dead our Lord Jesus, that great Shepherd of the sheep" - now this is where you want to plug in your fading battery - "equip you with everything good for doing His will, and may He work in us what is pleasing to Him, through Jesus Christ, to whom be glory forever and ever."

Well, there it is. The God of peace will equip you with everything good for doing His will. There's nothing you need to carry out and complete what He wants you to do that He is not going to provide. When you're out of strength, He's not. When you can't take another step, His strength carries you, so then you can keep going when you don't have anything else to go with!

When you need wisdom to carry out what He's given you to do, He's promised to give it to you liberally upon request (James 1:5). So many times - actually, many times a day - I have no idea what to say, how to respond, how to proceed. That's time to abandon the finite battery of what I know and plug it into the infinite power of what God knows. When you're out of creativity, you're out of ideas, again, plug into His. People often ask me, "Where do you get all those ideas for 'A Word with You'?" Literally, I do get the ideas from God. I mean, you'll never know the times I sit down to work on a program and I say, "That's it! I'm out of ideas." And I am, but God isn't. He continually amazes me with what He comes up with. When you're out of love, when you're out of answers, when you're out of patience, He's not, so you don't have to be.

So, weary mom or dad, depleted servant of the Lord, beat-up warrior, know that you can go on, you can win this because of the infinite resources of the God you belong to. Depend on your finite power - finite accomplishment. But plug into the infinite resources - unlimited possibilities. He's committed to give you everything you need to do and to finish what He's given you to do.

Like the hymn writer says, "When we have exhausted our store of endurance, when our strength has failed e'er the day is half done; when we've reached the end of our hoarded resources, our Father's full giving has only begun. His love has no limit, His grace has no measure; His power has no boundary known unto men. For out of His infinite riches in Jesus, He giveth and giveth and giveth again."