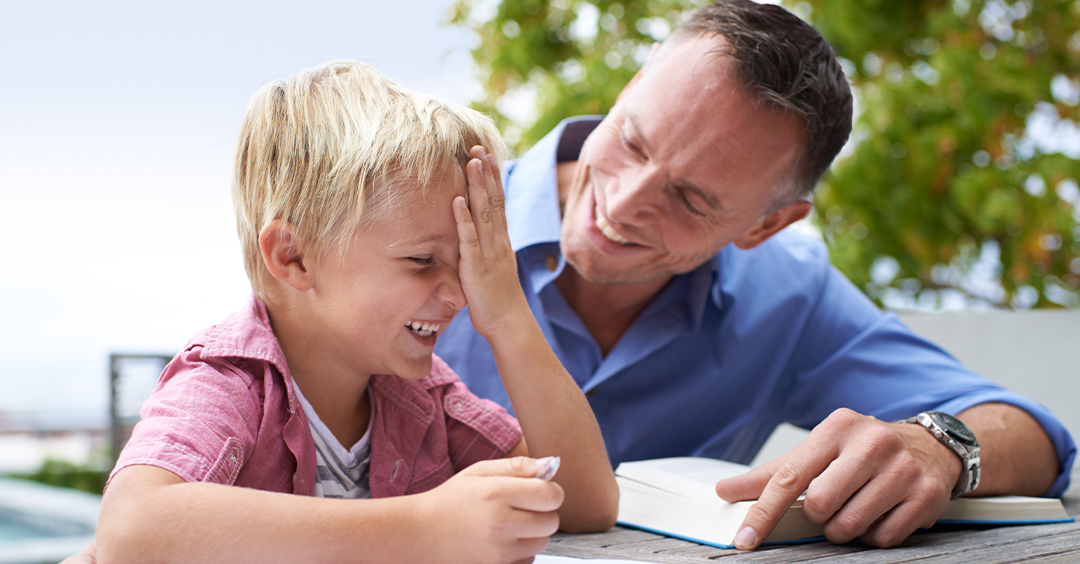 Our sons really enjoyed being uncles for the first time some years ago. Their sister was kind enough to give them two boys to call them uncle. The youngest grandson at the time was four years old and he really enjoyed how his uncles played with him. They kept finding quarters in his nose or his ear. (You know the old magic trick.) Now, before I receive emails about this, rest assured that he had been carefully taught not to put anything in his nose or ear. The grandson that is, not my sons. But he loved it when his uncles pretended they found money there.

I remember the time that one of the uncles told the four-year-old that he was having a particularly hard time getting that shiny thing out of his nephew's nose. So he turned him upside down and gently shook him. Four quarters fell on the carpet! Bingo! But much to uncle's surprise, the little guy picked up the dollar in change and put it back in his uncle's hand. Our son objected. He said, "No, no, no this money is yours now." To which our grandson answered, "No, I want you to have it." See, his uncle was in a ministry with Native American young people. Our grandson said, "Use it to tell more kids about Jesus." Now, that was the best trick of the day.

I'm Ron Hutchcraft and I want to have A Word With You today about "Turning Money Into Treasure."

Without being told, our little guy understood that some of what he has isn't for him - it's for helping other people hear about Jesus. The secret here is that he was only giving back to the person who gave it to him in the first place. Right? Just like us when we give to the work of God on earth. We're just giving it back to the one who gave it to us in the first place.

First Corinthians 4:2 is our word for today from the Word of God, and it clearly spells out this "circle of giving." It says, "Now it is required that those who have been given a great trust" (or it says in the King James "who are stewards") "must prove faithful." See, what you have is a trust from God which He expects you to use faithfully, especially when it comes to it being available for the work that His Son gave His life for.

Imagine trusting $10,000 of your money to the local bank. A few months later, you go to the bank and ask for your money for a need you have. The banker says, "Oh, I'm sorry. I spent your money." Well, he's betrayed your trust. But no more than we do when we hold onto money that God's expecting back for the work He wants to do.

Sadly, the greatest factor limiting the work of Christ in the world today is probably the lack of funds. Is God withholding money from His work? Probably not. He's entrusted it into the hands of His people. And research shows consistently that the more believers make the smaller percentage of their income they give to the Lord.

Malachi actually calls that "robbing God" (Malachi 3:9). In the prophet Haggai's day, the rebuilding of God's temple was at a standstill. Here's how God described what was happening: "Is it a time for you yourselves to be living in your paneled houses, while this house remains a ruin? My house (God says) remains a ruin, while each of you is busy with his own house" (Haggai 1:4, 9). That could have been written today.

There is a world of people God so loves, whose only hope is to know about Jesus; who deserve at least a chance to know Him. One hundred and fifty thousand of our fellow humans every day go into eternity ready or not. You know, there are servants of Christ poised around the world and across the country to lay down the rest of their lives to tell those people about Jesus. All they need is the money to send them and it isn't there.

Satan hasn't been able to stop the workers from stepping up, so he tries to stop the bullets from getting to the army. But you and I have the power to stop him, to participate in the life-saving work Christ spent His life on if we'll open our hand and give back what God gave us and just say to Him, "Use this, Father, to tell more people about Jesus."