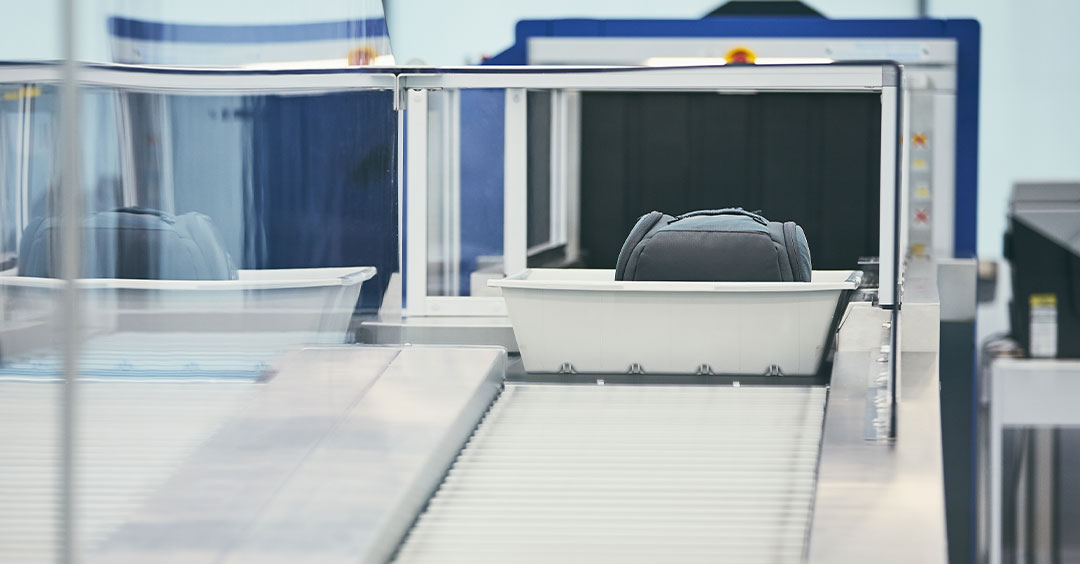 One of my more anxious moments related to air travel, and it actually had nothing to do with an airplane. It had to do with my two sons, who at the time were pretty young. We were going through the security checkpoint on the way to our gate, and all of a sudden they started joking about the one word you don't mention at airport security.

Yeah, they started joking about bombs. That word isn't allowed around airport people, so I quickly quieted, "Guys, no, don't talk about that!" And I looked around real quick to see if anybody had heard them, and thank goodness they hadn't. If you've been to an airport, you know there are signs all over the place saying, "Any joking about hijacking, or bombs, or explosives (and you'll be thrown out of the plane...no) you will be punished by sharpshooters immediately" - or something like that. You just don't talk about it, that's the point. Those words are not allowed because they represent things that could destroy everything.

I'm Ron Hutchcraft and I want to have A Word With You today about "The Word The Devil Hates."

Our word for today from the Word of God, Acts 4, and I'm going to begin reading at verse 17. We're reading about a confrontation between the early apostles and the Sanhedrin, the religious ruling group of the day. Here's what they said to the apostles, "'Stop this thing from spreading any further among the people. We must warn these men to speak no longer to anyone in this Name.' Then they called them in again and commanded them not to speak or teach at all in the name of Jesus."

I was talking about airline personnel earlier, and you know the people at an airport don't want to hear the word "bomb" because a bomb has the power to destroy everything. The Devil has a word he doesn't want to hear - "Jesus," because of the power of that name to destroy his plans. So, for two thousand years, the Devil has tried to make the name of Jesus the issue; the dividing point. It was 2,000 years ago when the Sanhedrin said, "You can talk about God, you can talk about religion, you can do anything, just don't mention that name" ... the Name. That's all through the book of Acts.

It's still the issue today, isn't it? People don't mind if you talk about religion, or even God, or the Bible, or morality, or family values, your church, but don't mention the Name. All too often we fall right into the Devil's trap to censor the name of Jesus in our conversation. We don't want to be offensive; we don't want to turn anyone off. And there's this little voice that says, "Well, just talk about God. You know, most everybody would accept that." So we talk about God in our lives, but we avoid the name of Jesus. Christian musicians will write songs that talk vaguely about Him with a capital H, but too often they avoid the Name, so their music can cross over to the secular world. Even Christian leaders try to avoid conflict by watering down the Name.

But Acts 4:12 says, "Salvation is found in no one else, for there is no other name under heaven given to men by which we must be saved. It is at the name of Jesus every knee shall bow." The power is in the name, and the Devil knows the power is in that name.

Have you ever noticed when you're trying to talk about spiritual things to somebody where it is you choke? Yeah, you choke when you get to the name of Jesus. That's the 2,000-year-old editor from hell saying, "Edit out Jesus. How dare you mention the Name." You love that name. You know what's happened to you in that name. And you talk about Jesus, because that's where the power is. He was not ashamed of you when He hung on the cross. Please don't be ashamed of Him.

Have you been timid about identifying yourself with Jesus? Well, the one who's made you timid is the same enemy that's been doing it for 20 centuries. So, don't be afraid to use the name of Jesus. The Devil is afraid you will.