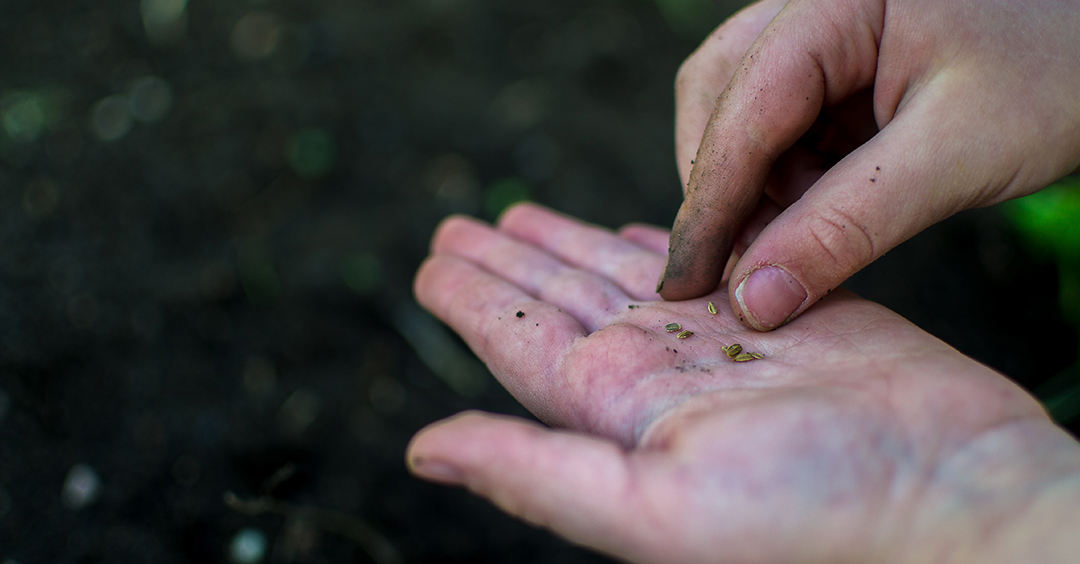 I'm Ron Hutchcraft and I want to have A Word With You today about "The Seeds You're Planting."

You may never have worked in a garden in your life. But you're planting seeds, whether you realize it or not. In fact, some of what's happening in your life today - for better and for worse - is the harvest of some seeds you planted years ago. And, as the Bible makes crystal clear, "A man reaps what he sows" (Galatians 6:7).

One of the Bible's great planting promises is in Psalm 126:6, our word for today from the Word of God. The Lord says, "He who goes out with weeping, carrying seed to sow, will return with songs of joy, carrying sheaves with him." There are things you really hope and pray will happen in the lives of people that you love, in your life's work, or in your personal world. Your job isn't the harvest - God does that part. Your job is to keep faithfully sowing the kind of seed that can bring about the results you so passionately want. And, like Grandma's daffodils, the legacy of your life will go on blooming and beautifying people's lives long after you're gone.

And you have to keep that long view to keep from becoming discouraged with the short-term results. Seed planted in the ground appears to be doing absolutely nothing for a while. Seed planted in people's lives is often the same way. The danger is we'll keep digging up the seed to see if anything's happening - and, in so doing, we will doom the very harvest we're hoping for. That "digging up the seed" is called nagging, panicking, giving up, turning hard, turning bitter.

So many have given up on the garden they've planted just before it was about to bloom. That's what God is trying to head off when He says in Galatians 6:9, "Let us not become weary in doing good, for at the proper time we will reap a harvest if we do not give up."

Maybe you've lost the long view recently. You're seeing tasks you have to do instead of lives at stake. You've been settling for making a living when you're here to make a difference! Maybe you've been neglecting your spiritual garden - the sowing you need to be doing in the life of your husband or wife, your children, your coworkers, your grandchildren, your students, people God has given to you to influence.

It's time to remove the zoom lens that's focused on just what's happening today and replace it with God's wide-angle lens that shows you the big picture...the legacy of your life when you live it righteously. That's the big picture. Don't sow seeds of bitterness, cynicism, criticism, negativity. Life's too short for that.

Sow the seeds of God's unconditional love, of God's dependable promises - Jesus-seed. The harvest will come - some while you're here, some after you're gone. But think legacy, so the seed sown by your life will still be blooming and beautifying long after you're gone!