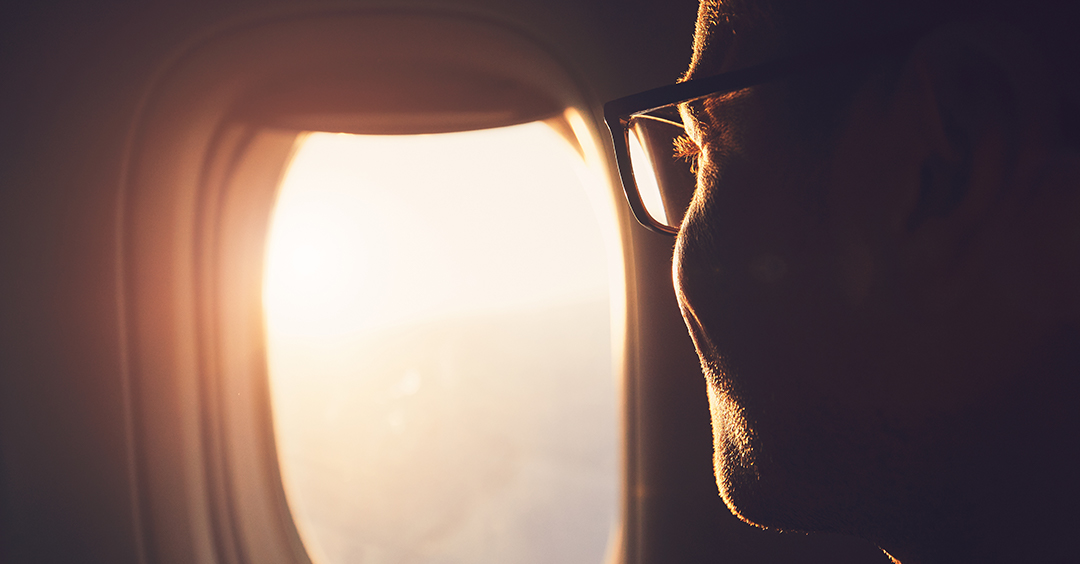 Thankfully, from a casual conversation at the hotel, I knew who the captain was. So that next morning, as we waited around trying to get some word on the fate of our flight, I saw the captain headed for a pay phone in the airport (yeah, this was a while ago). I made sure I got close to the captain - he was calling to check the current Spokane weather. Then, as he walked over to the gate agents in charge of our flight, I overheard him say, "Well, we'll try Spokane, but I think there's only a 20% chance we'll get in. We'll probably end up back in Denver where we started." Well, that inside information helped me pursue alternatives - one of which got me where I needed to be, when I needed to be there.

I'm Ron Hutchcraft and I want to have A Word With You today about "The Secret of Getting Where You're Supposed to Go."

There are eight words in our word for today from the Word of God that I've actually made into a plaque hanging up at our house. They're from 2 Chronicles 23:7, and they remind me of the secret of knowing and doing what God has planned for us in any given situation. In this chapter, a coalition of military and spiritual leaders is working to put the rightful king on the throne in Judah - even though he's only a boy. The temple staff, the Levites, are given a straightforward assignment, and here are those eight words: "Stay close to the king wherever he goes." Wow! That's your assignment, too. That's my assignment.

And when you do, when you stay close to the king wherever he goes, you'll be led naturally - actually supernaturally - into the next steps you're supposed to take. Just like that day at the airport when I got my direction just by staying close to the captain. He had the information I needed, but I never would have known that information except from my proximity to the one who knew. It's like that with knowing God's will. It's not your cleverness in figuring it out; it's your closeness to God whose will you're looking for!

That's actually the spirit of John 10, which describes us as sheep following our Shepherd. Jesus said, "My sheep listen to my voice; I know them, and they follow me" (John 10:27). See, it's about being where you can hear His voice - not figuring out some spiritual jigsaw puzzle called "The Will of God."

If you're needing to know God's direction right now, don't focus so much on figuring out The Plan. Focus on staying close to the Man, to Jesus, whose plan it is. Living in God's will isn't supposed to be this stressful spiritual mystery game. Relax and do the things that get you really close to the person who is the Pilot of your earth-journey. Or in the words of the Bible, "Stay close to the King...wherever He goes!"