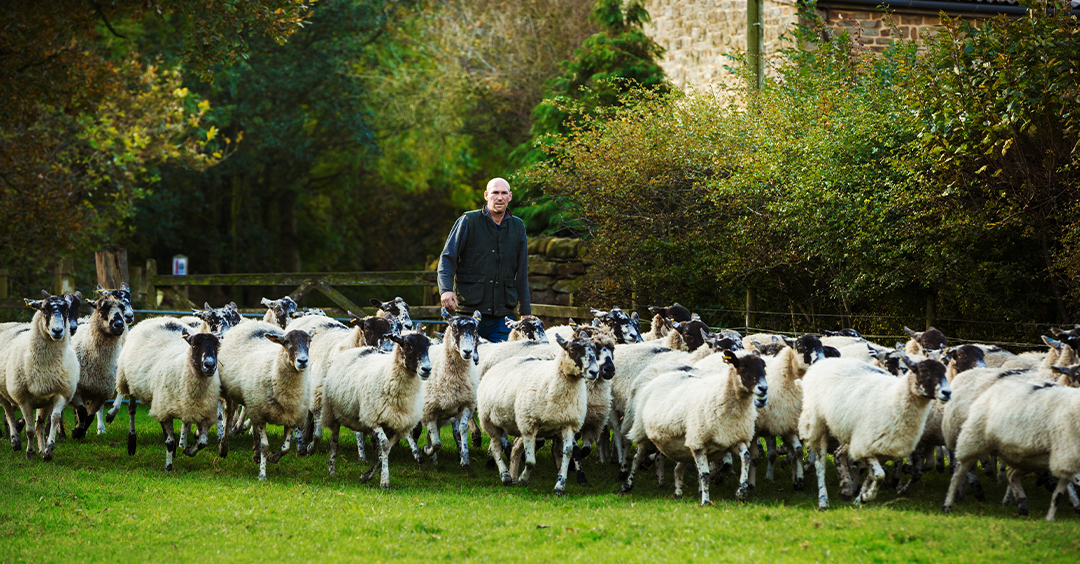 There's a lot of sheep-talk in the Bible, which puts "city boy" here at a distinct disadvantage. I grew up in Chicago, we didn't have them there. No, if the Bible used like cockroaches as an example, I'd be all set. But I've had to learn about sheep from friends who have been around them a lot. One of our ministry team worked with ranchers a lot with their sheep. And he told me about how the shepherd gets his sheep to go where he wants them to go! There's a way that works and a way that doesn't work. My co-worker said that he has seen people get behind sheep and try to push them along. Notice I said, try! It doesn't work, no matter how much noise he makes or how he waves his arms. When they are pushed by a shepherd, sheep just scatter. But when he gets out in front of them; when he leads them the way he wants them to go, the sheep follow after him. Not a bad idea.

I'm Ron Hutchcraft and I want to have A Word With You today about "The Problem With 'Pushy.'"

Over and over in God's Word we're described as being like sheep, and Jesus is described as being our Shepherd. Our word for today from the Word of God, Isaiah 40:11 (I love this), "He tends His flock like a shepherd; He gathers the lambs in His arms and He carries them close to His heart; He gently leads those who have young." Notice the Lord gets us to go where He wants us to go not by pushing. It says He gently leads. Remember the 23rd Psalm, "He leads me beside quiet waters."

Now it may be that God's put you in a position where you're doing some shepherding. In other words, there are some people under your influence who need to go in a certain direction, and you're trying to get them to go there. The sheep could be your own children, or some people in ministry with you, or people you minister to, or people who work with you, or just some folks you're trying to motivate to go a certain way. If you're trying to do any shepherding, take a lesson from the Great Shepherd and many other shepherds...gently lead them. Even though you sometimes feel like you really need to push them. Leading just works so much better than pushing.

If you're trying to push your "sheep," you tend to be impatient with them. In fact, that's why we often start pushing because, "Hey, they're not responding!" If you're leading them, you'll be willing to take time for them to get it right. If you're pushing, you probably dwell a lot on what they're doing wrong. If you're leading, you're dwelling on the things they're doing right and you're encouraging them from that point to work on the rest. When you're behind the sheep trying to forcibly direct them, you tend to make moving the most important thing. When you're in front of the sheep leading them, you tend to communicate that the sheep are what's most important.

Honestly now, which one best describes you? Are you behind those sheep, nagging, criticizing, coercing? You're pushing, and they'll probably just run away. Or are you modeling where you want them to go, giving correction gently and privately, praising, encouraging, enabling? If so, you're leading the sheep. And they're a lot more likely to follow.

Now, sheep sometimes wander off and they require some strong bringing back with a staff. But most of the time, all of us sheep follow gentle, consistent leadership the best. We don't like to be pushed. We like to be led. The destination the shepherd wants the sheep to go is the same, whether he's up front leading or behind them pushing. What's different is how the sheep respond. If you have a sheep that isn't going where you're trying to make him or her go, consider it part of the problem might be the shepherd.