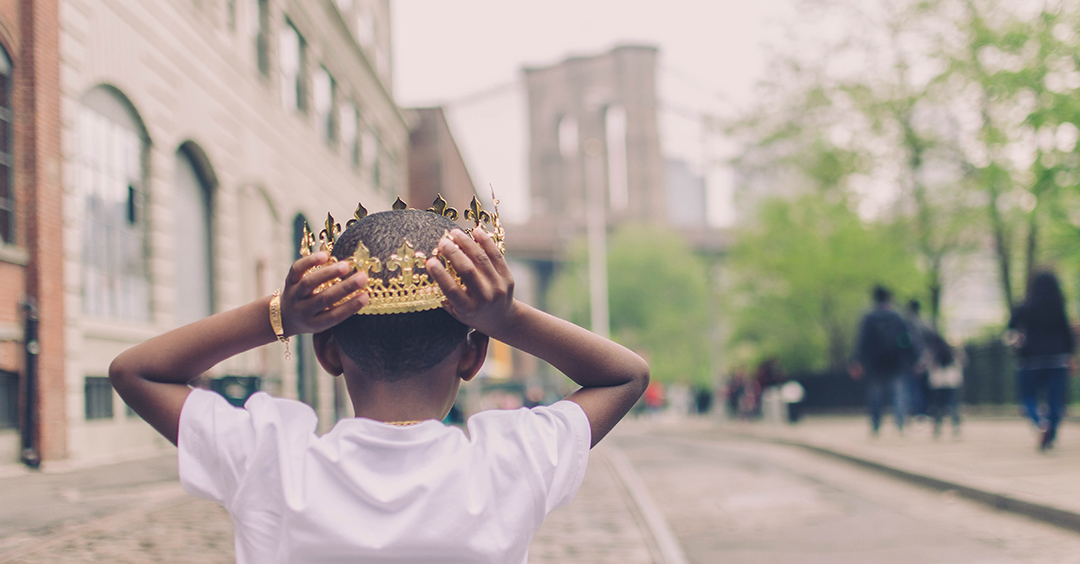 Now, I don't really go see many movies. I mean, my popcorn is much cheaper than theirs, and actually, I don't like the sticky "cinemuck" on the floor. Now, I haven't seen this movie, but the story's fascinating. I read about it. It was called The King's Speech, and that year it walked off with all kinds of Academy Awards.

King George VI was handicapped with a stutter, and he had to go on radio to give the speech of his life. Great Britain is about to go to war, and their king must rally them. Ultimately he is able to say what he needs to say to the people, and they need to hear it. It was because of the man who gave him the coaching and the help he needed.

I'm Ron Hutchcraft and I want to have A Word With You today about "The King's Speech."

Now, I'm personally familiar with that story line. Well, actually, every follower of Jesus should be. Because we've all been positioned by Him to deliver a message from the King of all kings, with all the help we'll need. It's a message people must hear, because their eternity depends on it.

But we hold back because we're afraid we'll fail, we'll mess it up, or people won't like us. What we're missing is that we're not in this alone. There is someone who has promised to give us everything we will need if we'll just open our mouth.

Our word for today from the Word of God is found in 2 Corinthians 5:19. It says, "God was in Christ, restoring the world to Himself, no longer counting men's sins against them but blotting them out." That's a wonderful message, and He's given it to us to tell others. And He says, "We are Christ's ambassadors..." Now, if you belong to Jesus, the King Himself has given you a life-changing trust. He has given you a message to deliver. He's counting on you.

Since the eternal destinies of the people around us depend on hearing the King's message, our silence could be for them a silent death sentence. God told me, so I would tell them, and I don't. So they may live and die without ever hearing what Jesus did on the cross for them because I failed them, and I failed Him.

As bold as I am speaking on a platform, I know, as most believers do. I know the fear that keeps us from telling people close to us about our Jesus. I still experience that. But in those moments of fear and holding back this life-saving message, we can experience the wonder of what God promised to a reluctant, inadequate Moses. He said, "I will be with you...Now, go; I will help you speak. I will teach you what to say" (Exodus 3:11, 4:12).

You know, so often I have failed to deliver the message of Jesus because I was afraid of what might happen to me if I told them. That's wrong! Isn't the greater fear what will happen to them if I don't tell them?

The lepers in the book of 2 Kings, who had found all this food at an enemy camp at a time when all the people in the city were dying of starvation, after stuffing themselves made this realization. They said, and I quote, "This is a day of good news and we are keeping it to ourselves...We're not doing right" (2 Kings 7:9). And I'm thinking, "Man, could that be us?"