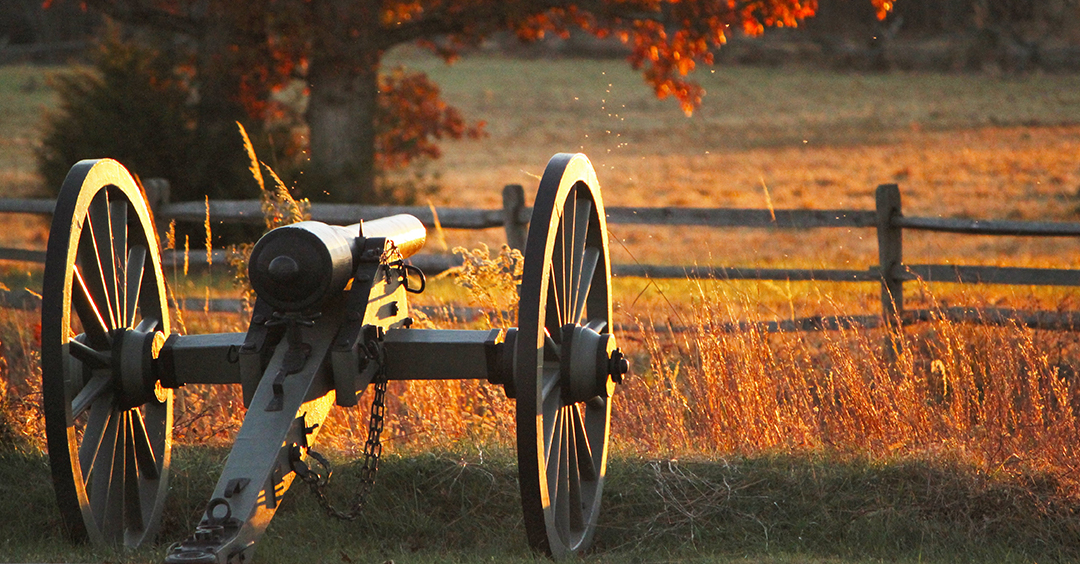 My wife and I had the chance to visit this Civil War battlefield at Vicksburg, Mississippi. I asked her if she had any firsthand memories of the war that she wanted to share with me, which almost started another battle at Vicksburg. President Lincoln had called Vicksburg the "key" to the Confederacy and he told his generals, "We do not yet have the key in our pocket." Standing on high cliffs overlooking the Mississippi, it was a daunting challenge for the Union Army. For more than a year there were bombardments from the river and the many hills. There were numerous clashes on land. And at the end, it was a siege that actually drove Vicksburg's residents to live in caves. Everywhere we drove, there were markers indicating Union and Confederate regiments that had battled it out for the hills all around the city. Some of the bloodiest fighting took place as Northern forces mounted bold attacks on the Southern strongholds which were atop the highest points. As in so many battles, the fight for the high ground helped determine the outcome of the battle.

I'm Ron Hutchcraft and I want to have A Word With You today about "The High Ground."

The Apostle Paul expresses and actually models this passion for holding the high ground in our word for today from the Word of God. It's in 2 Corinthians 8:19-21. Paul has been collecting an offering from the churches to be given to the persecuted and impoverished believers in Jerusalem. He's explaining here the team that he's assembled to take this money to Jerusalem. He's talking about Titus, "He was chosen by the churches to accompany us as we carry the offering."

Then Paul explains why he's going to all this extra effort. "We want to avoid any criticism of the way we administer this liberal gift. For we are taking pains to do what is right, not only in the eyes of the Lord, but also in the eyes of men." See, there's the high ground - taking pains to do what is right before both God and man. And frankly, doing what's right often is a pain. It usually takes longer to do it right. It costs more to do it right. It's harder to do it right, but it's so worth it to have the full blessing of God. Will people always agree that you're doing what's right? Not always, often because they just don't have all the facts. You need to know that the more people find out about what you're doing the better you will look. Three liberating words: nothing to hide!

The high road: submitting yourself, as the Bible says, "for the Lord's sake to every authority instituted by men" (1 Peter 2:13). Never repaying anyone "evil for evil" but as the Bible says, overcoming "evil with good" (Romans 12:17, 21). No word games. No money games. No cutting corners on what's right in God's eyes if the auditors never come to check. You can be sure that we will all be audited by the Auditor who knows everything about us.

Maybe it's tempting to compromise right now, to cut corners. But when you forfeit the high ground - however tempting it might seem to surrender it - the battle starts to turn against you. Whatever it takes, whatever it costs, hold the high ground!