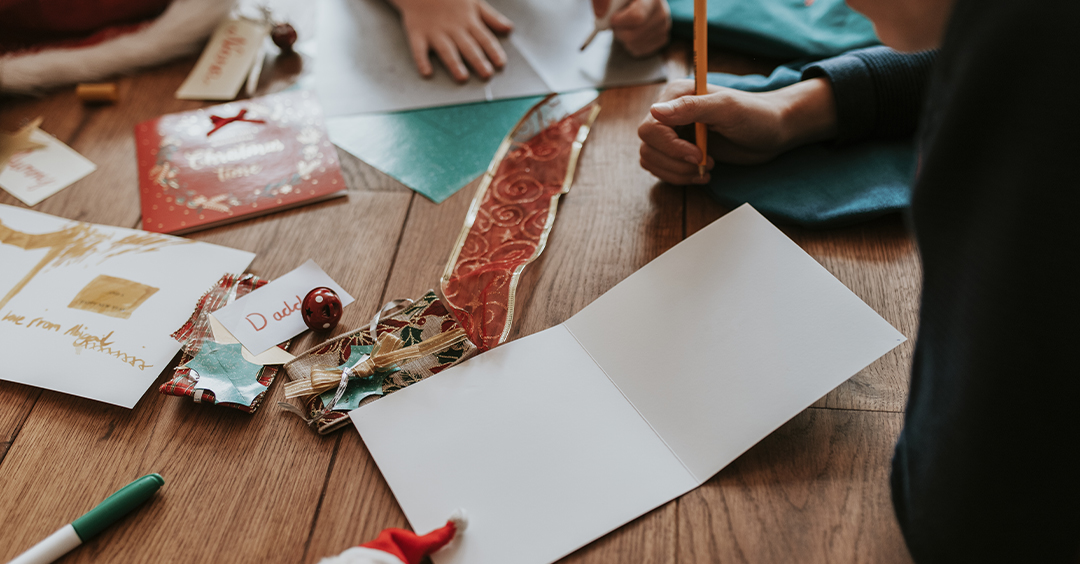 It takes a real romantic klutz to ruin himself with four girls at one time. (It was me.) Oh, I did a pretty good job of that when I was in high school. See, it was Christmastime, and I decided I wanted to write kind of a romantic masterpiece on the back of the Christmas card to a girl named Wendy. The problem was that I actually was interested in three other girls too.

And after I finished writing that masterpiece, I said, "You know, this is so good, I think I'll put it on a card that's for all of the other girls too." Well, only I did change the name on them. It was okay as long as they didn't get together and compare notes. And they're all over the city. That ain't going to happen. Right?

Well, who could have guessed that those girls would decide to get together for a slumber party the day after Christmas, and bring their Christmas cards and compare them! Hello, Roasted Romeo!

I'm Ron Hutchcraft and I want to have A Word With You today about "The Closer They Get, The Better You Look."

Now, our word for today from the Word of God comes from 1 Samuel 12. In my Bible heading it says Samuel's Farewell Speech. This great leader for God is now about to turn over the leadership of Israel as their last judge to their first king, King Saul. And he says this very daring statement in his farewell speech, standing in front of these people who have known him for years. He says, "Here I stand. Testify against me in the presence of the Lord and His anointed. Whose ox have I taken? Whose donkey have I taken? Whom have I cheated? Whom have I oppressed? From whose hand have I accepted a bribe to make me shut my eyes? If I have done any of these things, I will make it right."

Well, they replied, "'You have not cheated or oppressed us. You have not taken anything from anyone's hand.' And Samuel said to them, 'The Lord is witness against you, and also His anointed is witness to this day, that you have not found anything in my hand.' And they said, 'He is witness.'" This is an incredible exchange, and the issue here was integrity. Samuel says, "Now, you've watched my life. You've watched my ministry. I want you now to testify against me and tell me any inconsistencies that you have seen." Wow!

Samuel didn't get up and say he had integrity. He lived in such a way that he could ask those who knew him to actually testify against him, and they couldn't. If all the people around him compared notes, they couldn't find any inconsistencies or deceit or question marks. No, I didn't fare so well that day those girls compared notes. You know, that day after Christmas? But we should live in such a way that we have no fear of being found out, no fear of discovery, no fear of investigation or scrutiny.

There's such tremendous freedom in living by three words: Nothing to hide. What does your family think of your integrity - the people who know you best? Do you talk one set of values and live another at home? Those you work with, those you serve with at church, those who see you make decisions or handle money or treat people? Do they see a consistency between the public you and the private you? What if you said to them, "Go ahead; testify against me." Would they say, "We have found nothing"? Wow!

Live your life in such a way that you have no fear of scrutiny, discovery, people comparing stories. If you tell the truth and do all the things as Jesus would do them, the light will only show your authenticity like it did Samuel's. It can be said of those who live without secrets and without deception, "The closer people get, the better you look."