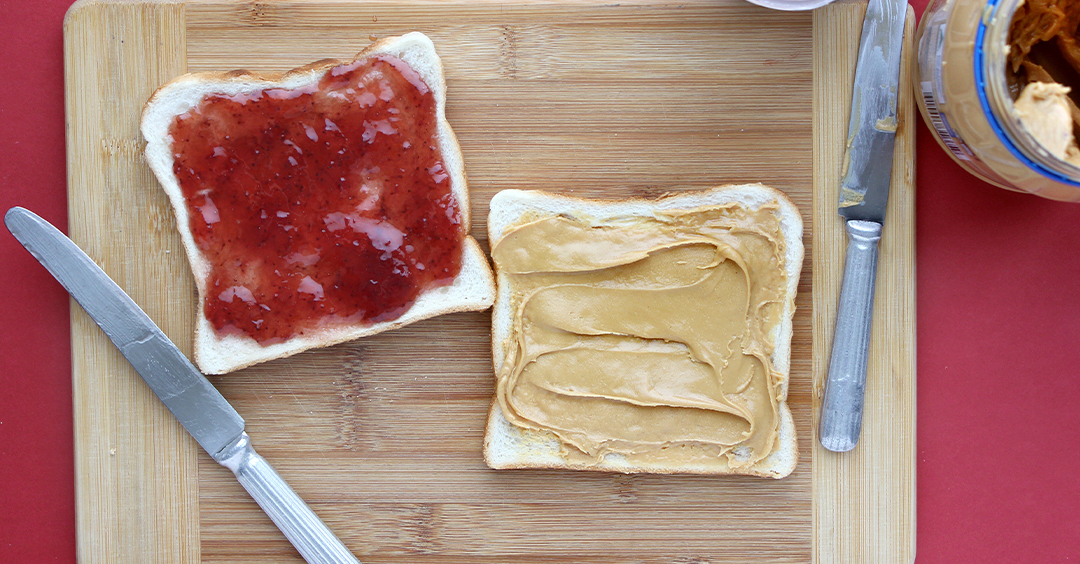 Brian's a Youth Pastor, and Earl? His most unlikely volunteer. See, Earl wasn't the right age to help out with teenagers. A pretty simple guy, not very well educated. He had one of those faces that looked like it had been lived in for a long time. And he didn't think he had any abilities that would help. In fact, that's what he told Brian. He said, "You know, Brian, I can't do anything. But I really have a heart for the kids." So Brian said, "Well, do you make peanut butter and jelly sandwiches?" Earl said, "Well, sure! I can do that!" Well, that began a series of events that changed a life; well, really two lives forever.

I'm Ron Hutchcraft and I want to have A Word With You today about "Surprise! You've Got Something God Can Use."

Our word for today from the Word of God, we are in Matthew 20:6-7, where Jesus is telling one of His parables. It's about a man with a vineyard. He's gone out many times to get people to help him reap his crop, and as he gets to the end of the day he still needs more help. And here's what it says, "About the eleventh hour he went out and found still others standing around. He asked them, 'Why have you been standing here all day long doing nothing?' 'Because no one has hired us' they answered. He said to them, 'You also go and work in my vineyard.'"

Now, we're looking here at people who did not know that the Master had work for them. But the Master's got work for everybody, including you; including Earl. Earl went to work in that Coffee House that the youth ministry had going... you guessed it, he was making peanut butter and jelly sandwiches. Right!

One night this hard, rough and tumble biker - pretty intimidating guy - he came in. And he angrily walked up after he heard Christ presented and he went to Brian and said, "I don't buy any of this! Show me one reason why I should!" Earl heard this, put his peanut butter knife down, and he started to cry in the corner. Brian pointed over and said to that biker, "You see that man over there? You see his tears? Those are for you man. He's praying for you." Suddenly that biker was soft for the first time that night, and he said, "That old guy's praying for me? He's crying for me?" Brian said, "Yeah, Jesus loves you, man." And that biker came to Christ that night.

There are a lot of Earls; maybe you're one of them. Maybe you think you don't have any outstanding abilities. You're like those people who said, "Well, no one hired me. No one has asked me to do anything." Would you be willing to say, "Lord, I don't know what I can do for You, but I want to make a difference with whatever time I have left. So, here am I. Send me."

You never know what God's going to use. Maybe your smile, your driving. Maybe he'll use your abilities as a preparer of home-cooked meals, or your ability to bake mouth watering cookies and cakes to reach hurting, lonely people. Maybe He's going to use your listening. Or your tears, like Earl's tears. Maybe He'll use your letter writing, your background; the pain of your background that really could connect you to some other people with the same kind of background. Or maybe, He'll have you make peanut butter and jelly sandwiches.

But would you let God lay some needy group of people, some ministry, some work for Him on your heart? And then tell someone that you have that burden, that you're willing to do anything. And trust God. He knows you intimately and He will put you some place to minister. You are that unique person that could make a unique difference for Him. Even if you can't imagine it, Jesus is saying to you right now, "You also go and work in my vineyard."

Earl? His peanut butter and jelly sandwiches put him at the right place at the right time. His heart, and his tears, brought a seemingly unreachable man to Jesus Christ. Changed a biker's life and changed Earl's. Jesus needs you, to be one of His surprising heroes.