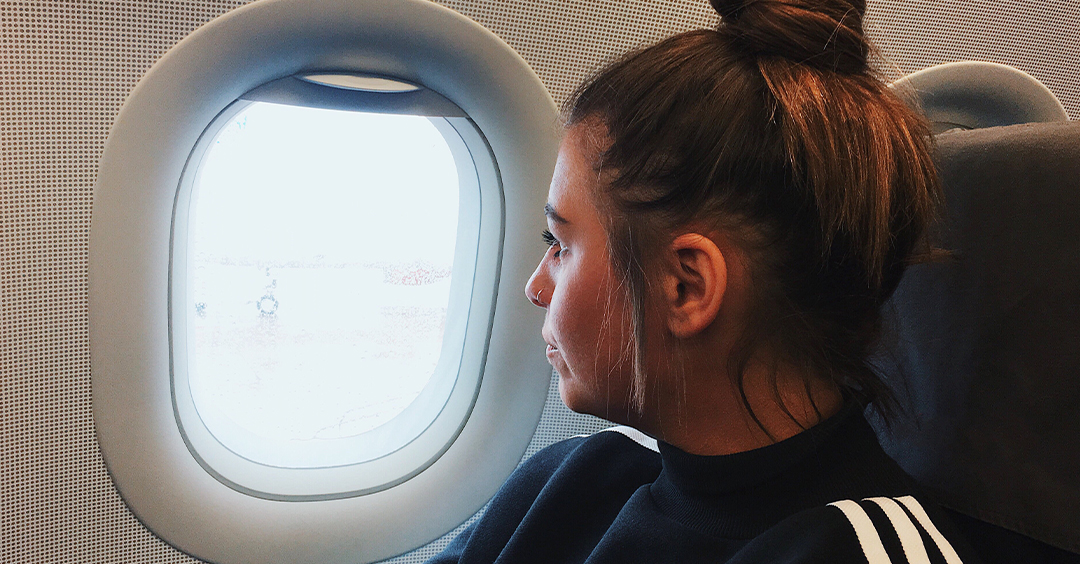 We were scheduled to fly to a national staff conference for a youth ministry I was with, when one of the women on our staff came to me and said, "Ron, I'm afraid to fly." Well, the conference was so far away we didn't have much choice. She said, "I want to talk to somebody on the staff about flying, and I decided I would talk to you." And I said, "Well, how did I become the lucky winner here?" She said, "Well, you go up and come down so many times in those things, I figured you'd understand." She was seeking out someone who'd done it a lot. Well, I mean, we had 23 people on the staff she could have talked to, but she said, "I'm going to go to the person who's done this a lot. I want to hear from someone who's been there."

You know what? I've found that's especially true of people who are, let's say, trying to lose weight. You try to talk to people who've been there, done that. Have you noticed the weight loss products or programs that are sold on television about every ten minutes? They don't always have a doctor come on and some very thin person. Now, maybe a thin person who had benefited from their product. They usually have someone who has lost weight using their product, who traded in their larger size clothes for a smaller size, and they're the ones who come and pitch it. Advertisers know that the best salesmen for a product is someone who's been there.

Listen, I've been overweight - take it from me, it's not fun. But a lot of people want to know how you lost it if you used to be there. And even though it wasn't fun, it gives you credentials with people who are struggling with it now. We're like that with a lot of things. It's interesting: yesterday's misery can become today's credentials.

I'm Ron Hutchcraft and I want to have A Word With You today about "Strange Credentials."

Our word for today from the Word of God comes from John 9, beginning at verse 24. Jesus healed a man who had been blind from his birth. The Jewish leaders didn't understand what Jesus had done and when He had done it, so they're really interrogating this guy. It says, "The second time they summoned the man who had been blind. 'Give glory to God,' they said. 'We know this Man,'" speaking of Jesus, "is a sinner.' He replied, 'Whether He's a sinner or not I don't know. One thing I do know. I was blind but now I see!'"

Blindness had been his lifelong burden; it had been his personal tragedy. And then Jesus came, and suddenly all those years of being blind became this man's credentials for speaking to other people. God loves to do things like that, taking the garbage of the past, no matter how ugly and how awful it's been and then He recycles it into ministry to other people; people who are where you were. Paul's crimes of the past became his credentials to speak about how Christ could change a life, even a life like his. He said in 2 Corinthians 1, "We comfort others with the comfort we have received." The tragedies of our life become credentials to minister to other people in their tragedies.

Sin's an ugly thing. Sin is destructive. It's so destructive it took Christ's death to pay for it. But God's so majestic that He can take the things you did against Him, forgive you, restore you, change you, and then use those very sins to sensitize you to others who are still trapped. Today's frustration, today's agony, today's illness, today's hurt takes on meaning when you bring it to the Lord and say, "Lord, sanctify this experience. Teach me new sensitivities. Teach me new things about You. I want this tragedy to count, to help other people." It's the same with sins that have been sinned against you; the abuse, the mistreatment, the criticism. You know how it feels, and it's not a waste. It becomes equipment for ministry to other wounded people.

God somehow uses the apparent junk of our lives to build radar in you for ministry to others like you. You talk about amazing grace? How God can recycle that garbage into something He can use to change lives - that's amazing! In God's hands, the misery of today can become tomorrow's strange credentials.