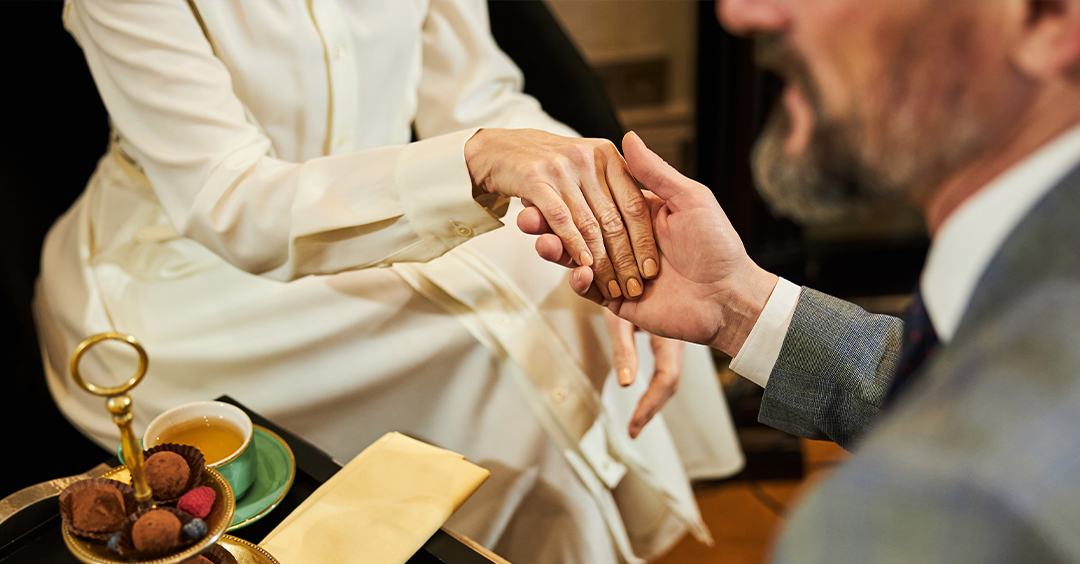 "When I was young..." Kids hate those words. If you're a parent, I'll bet your kids; they probably do. But here I go. I'm going to do it anyway. When I was young, there was this woman named Emily Post, and she was the expert on etiquette. And so, we would often ask, "Well, what does Emily Post say we're supposed to do in this situation?"

From Emily we learned that we, men, were supposed to open doors for women. We're supposed to walk on the outside when you're walking with a woman in sort of this protective role. You should be saying "please" and "thank you" regularly. Now, today, Emily Post is right next to the dinosaurs in the National History Museum. Maybe she's been confined there. Then along came a replacement named Miss Manners. Unfortunately, Miss Manners would have an uphill struggle in our culture today, because we live in a world of fast food, fast track, and me first. Who's got time for courtesy any more? The King's kids do.

I'm Ron Hutchcraft and I want to have A Word With You today about "Royal Treatment."

Verse 33: "Even as I try to please everybody in every way..." He's saying, "I want to be a pleasing person. I'm not seeking my own good, but the good of many so they may be saved." Verse 31, "So whether you eat or drink or whatever you do, do all for the glory of God." Now, he's not talking here about some little rules you have to follow because some Emily Post or Miss Manners or rule book say you have to. It's just having an attitude of doing the things that like put the other person first, that's considerate, that's sensitive to how they're going to respond, how it's going to make them feel. That's what courtesy is...even reaching to how I eat and drink. It's like I care about your feelings.

But see, I have a higher reason to learn courtesy than satisfying some etiquette book. As a follower of Jesus Christ, I want you to feel comfortable. I want you to feel safe. I want to make you feel special, relaxed. I want to make you feel like royalty. We're living in a world where people are treated roughly and shabbily. They're treated cheaply. They feel cheap, and they act cheap.

But as a follower of Jesus, I above all others ought to let the other guy go ahead of me. I should be the one who treats a woman like a queen, even if it's just the lady checking out my groceries at the store. If I'm going to put other people first, I'm going to say "thank you." I'm going to write a note that says "thank you" to them and not just act like I'm entitled to what they gave me. I'll say, "excuse me." I'll eat with grace, so that some of them may even be saved because they've been treated and put first.

You're going to be a standout if you are a courteous person. You will have, honestly, a refreshing edge on a lot of other people. You don't have to fall into the barnyard manners of our "selfie" society. Because, say, you're a King's kid! So give people royal treatment.