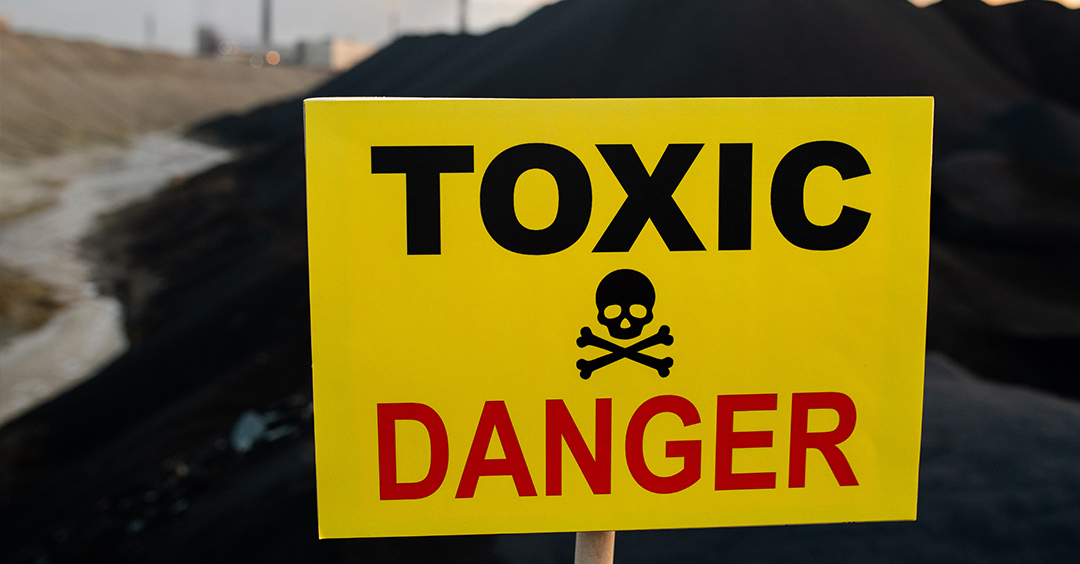 There's usually a political battle when the government wants to establish a toxic waste dump somewhere. Not too many people have been excited about having radioactive or otherwise toxic kind of material buried near them. The American government established what they called a "Super Fund" to pay for the cleanup of some of those areas, because they can be hazardous to people's health. I'll tell you what. I'd sure want it cleaned up if there was a toxic waste dump near where I live.

I'm Ron Hutchcraft and I want to have A Word With You today about "Removing the Toxic Waste."

People can accumulate toxic stuff, too, like toxic attitudes, reactions that give off kind of a spiritual radiation that pollutes the environment and it's hazardous to the spiritual health of other people.

In our word for today from the Word of God, He orders a cleanup of the toxic waste dump that we sometimes carry around right inside of us. In Colossians 3:8, God says this: "Rid yourselves of all such things as these: anger, rage, malice, slander, and filthy language from your lips." So God's calling for zero tolerance of these hurtful ways of talking...these hurtful ways of treating people.

Later, He describes what we're like when we've started to clean up the toxic waste that we've been communicating. He says, "Clothe yourselves with compassion" - I'm liking this list better already - "kindness, humility, gentleness and patience. Bear with each other and forgive whatever grievances you may have against one another. Forgive as the Lord forgave you" (Colossians 3:12-13). In short, let it go instead of letting it grow.

When we're being one of those "anger, malice, rage and slander" people, it's usually because we've become very good at being a "wrongologist." That's someone who's an expert on what's wrong with our friends, what's wrong with our church, what's wrong with our coworkers, our spouse, our family. When you regularly focus on the things that are wrong - and there are some in every person and every situation - you make yourself miserable a lot of the time, and it doesn't stop there. You radiate those toxins to the people around you and you bring them down, too!

You know, Jesus didn't die to make you more religious. He died to make you like Him; to take on His characteristics. To treat people as He treated them, to lift people up, not tear them down. To bring joy and love and healing into the lives you touch, not negativity, not criticism.

Maybe you've allowed too much toxic waste to get buried in your heart. Would you talk to Jesus about that right now? Let Him help you remove all that toxic garbage that contaminates you and frankly everyone around you. Then, instead of polluting your environment, you can be a breath of fresh air!