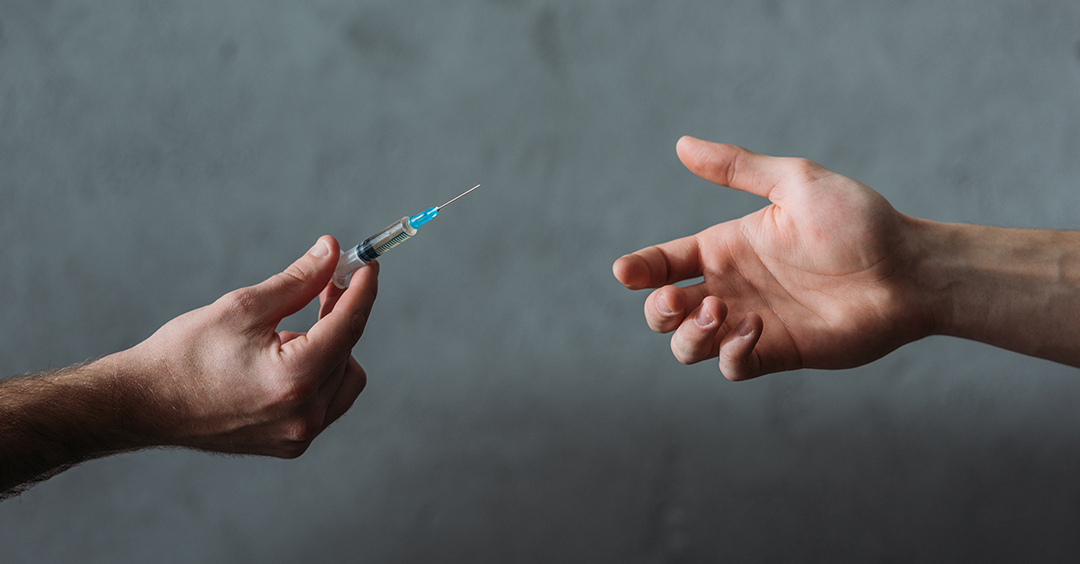 I'm Ron Hutchcraft and I want to have A Word With You today about "Relief From Fit-In Pressure."

Now, how does a mafia infiltrator deal with the pressure to use cocaine? Here's what he said, "Well, the first time I ever got offered any, I hit the guy." Now, wait a minute. I'm not suggesting when somebody pressures you to do something wrong you hit him. That's a wrong thing too. Don't blame me for that if you do. That's your temper, not me. I like the next thing he said, "If you let them know from the start where you stand" - This is a good part - "they'll leave you alone."

Our word for today from the Word of God is from the book of Daniel. He was not in the mafia, but he did very much the same thing to relieve the pressure around him. He had the opportunity, it says in chapter 1, verse 5, to become a leader in the king's court. I'm quoting now, "The king assigned them a daily amount of food and wine from the king's table. And they (including Daniel) were trained for three years, and after that they were to enter the king's service." OK, look. He's got a great career path ahead of him. The only thing is he had to eat food that he considered to be by his biblical standards defiled.

Here's what it says, "Daniel resolved not to defile himself with the royal food and wine." Now, this is a test. A few days of testing to eat just what would be legal and righteous for him. "At the end of ten days," it says, "they looked healthier and better than all the rest." And they ended up being leaders in the kingdom.

Now, Daniel could easily have waited to take his stand. He could draw the line maybe later when there was a major compromise. But he let them know from the start where he stood and they left him alone. I think that could work for you too.

My daughter began as a freshman to say, "I'm going to take my stand against what a Christian ought to stand against." And I watched as she got very pressured. But she was consistent. And then it kind of turned to respect. Eventually her friends started defending her, and they'd say, "Hey, don't even bother her. She's not that kind of person."

See, as long as people are trying to live like Jesus in a dirty world, they're going to be pressured to fit in. You've been. You probably feel it where you are...little compromises of the truth, of your purity, or you know, maybe you don't want to be clearly identified with Jesus. Every time you compromise just a little bit to fit in, you increase the pressure. Once you take a firm stand and pass a couple of tests, people will let you be what you said you'd be.

My son summed it up one day. He said, "Dad, life is so much simpler when you've decided to be totally for Christ." He's right. Starting now, why don't you verbally, clearly let it be known where you stand? And pretty soon they'll back off, and they'll expect you to be what you said you'd be.

That's actually the very best relief you can buy from the pressure to fit in.