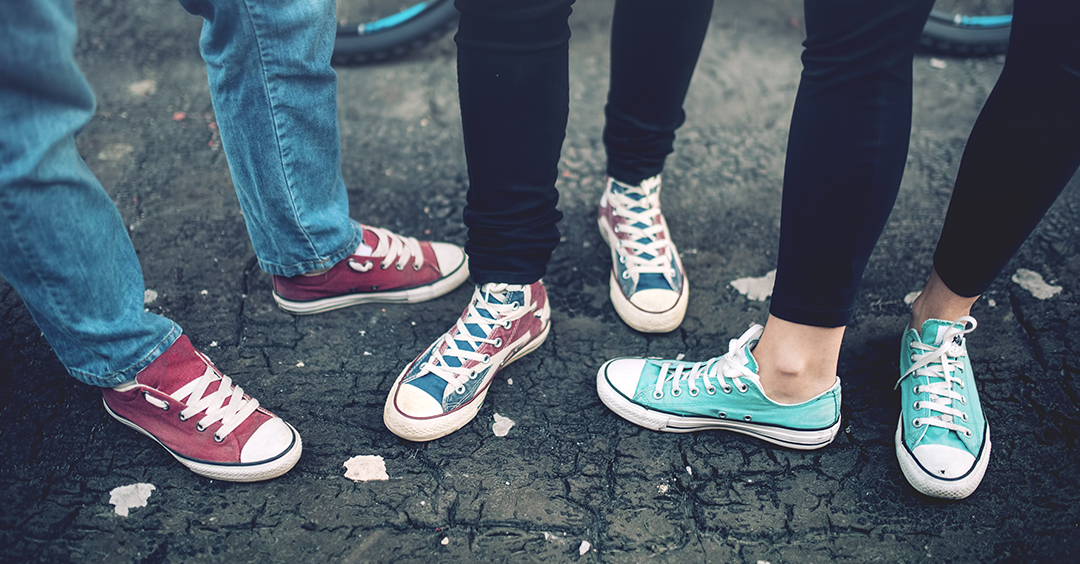 And while the real goals and agenda of that group called "Occupy" demonstrators could be debatable, one thing wasn't. Again, the world was watching the power of young people fighting for a cause and today through the internet, through facebook, and through other social media you could get a crowd of young people out that could change governments, change the direction of a nation - pretty powerful stuff. There have been passionate revolutions against dictators. And a lot of brokers and traders saw it every day on their way to work during those "occupy" days.

I'm Ron Hutchcraft and I want to have A Word With You today about "Rebel With the Cause."

The Jewish prophet Joel said it first, then Simon Peter thought it was worth repeating at Pentecost - the day the Church was born, our word for today from the Word of God. It's in Acts chapter 2, verse 17 - God says, "In the last days I will pour out My Spirit on all people. Your sons and daughters will prophesy, your young men will see visions, your old men will dream dreams."

It sounds to me like the most powerful Jesus-movement in history will happen just before He comes back. And it sounds like young people will be the point of the spear! Their fervent young passions will be poured into the greatest cause there is - saturating this planet with the Good News of Jesus Christ. They're going to help birth and help lead a bold vision that will touch, as the Bible says, "all people." Just think, a young army, backed by older people who share the dream, committed to taking back what the enemy has stolen.

That might seem far fetched if you're used to seeing church kids who are bored, apathetic, yawning, and disengaged. But it's actually unnatural for young people, because they're naturally fired up, and full of energy, and restless to change things. So maybe some, or most of this counterintuitive complacency is our fault. Maybe they're just rising to the level of our adult expectations and we haven't expected much.

Today's Christian young people are over-entertained and under-challenged. We give them bread and circuses instead of mobilizing them to make a difference. If you've known me for long, you know what I told my kids every day when they left for school. I challenged them to "GO MAD!" Go Make A Difference! That's what being salt and light is all about. What do salt and light have in common? Well, not much, except for one thing. They both change their environment!

That's what our young people are supposed to be doing! Not just going to one youth event after another where we try to keep them entertained and interested. They need a mission - something to do with all that Christian stuff they know.

There are senior citizens whose lives would be illuminated by a teenager who listens to their stories and shows them love. There are kids who struggle in school who could be given a future by a young person who would take time to tutor them. There's that rescue mission downtown...those homeless people...those children in your own church who look up to a teenager and who need one who will show them Jesus. How about a Christian drama team, or band, or choir that they could put together and move out into the community. There's a whole generation in your town who will go to hell unless someone figures out a way to attract them to Jesus. And their best hope is people just like them, except with Christ in their heart.

You've seen what happens to kids on a church missions trip. Suddenly their faith comes alive! So, a truly life-changing youth ministry isn't just going to be meetings to go to - it's going to be a year-round mission trip to meet needs all around us right where we live.

So before the wake-up call reaches our young people, we have to wake up first. To how we have failed to challenge them, to believe in them, to show them what God sees when He looks at them, as leaders who can be examples of the believer.

And who knows, we just might be recruiting warriors for that young army who will one day bring back the King.