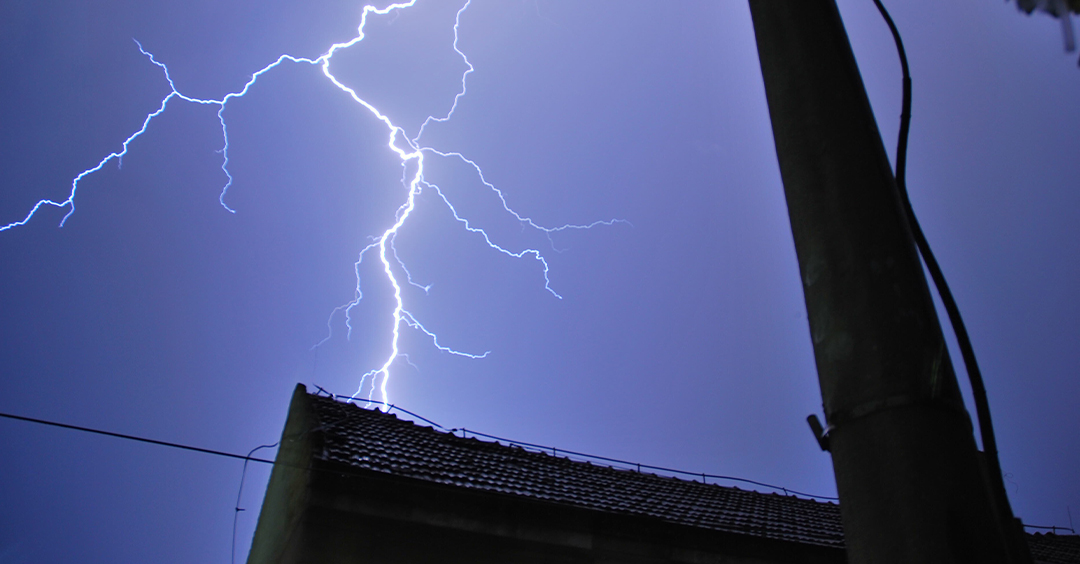 There was this violent thunderstorm, and about 18 hours followed without electricity. Fortunately, my wife was never without candles, so we had a nice candlelit dinner at home. I read the newspaper by flashlight. We easily survived without our television. We even played a board game by candlelight. Go figure! But there was no electric power in the house. Not after that huge lightning bolt found its target in our yard - the transformer that sets on a telephone pole not far from our house. My wife saw it, and apparently it was a pretty impressive hit. But there's no way you're going to have power when the transformer's down. I mean, that's what brings all that power in those wires down to where we can use it to like run our house.

I'm Ron Hutchcraft and I want to have A Word With You today about "Prayer - and The Power You Need."

It could be that the power's been out where you live - I mean, in your life. You're facing some issues that just can't seem to be resolved, that problem that's defying a solution, some mountains that aren't moving, that just aren't getting answered. Maybe there's an overload, and I mean, you're just overwhelmed right now. It could be that it's in your family, or at church, at work, in your personal life - there just doesn't seem to be anything powerful enough to meet the need, to handle the demands. Maybe the transformer's down.

For those of us who belong to Jesus Christ, there's this thing called prayer that brings all the power of God Himself down to where we can use it to change our everyday lives. Prayer is your spiritual transformer. And it's possible that it's gotten lost in the storm that you've been going through.

There's this vivid picture of both powerlessness and power in our word for today from the Word of God. In Mark 5, beginning in verse 24, the Bible says, "A large crowd followed and pressed around [Jesus]. And a woman was there who had been subject to bleeding for 12 years. She had suffered a great deal under the care of many doctors and had spent all she had, yet instead of getting better, she grew worse."

This woman had tried all the earth-solutions she could think of, but the need was just much too great for anyone on earth to be able to meet. She'd thrown money at the problem - nothing happened. She went to all the human experts - nothing happened. But as the Bible continues, it says, "when she heard about Jesus, she came up behind Him in the crowd and touched the cloak, because she thought, 'If I just touch His clothes, I'll be healed.' Immediately her bleeding stopped and she felt in her body that she was freed from her suffering." (Boy, that's great!)

Only one thing brought a solution: desperately lunging for Jesus, believing that His authority and His power were greater than her massive need. That's going to be the only place you're going to find a solution. By getting back to the one weapon that can prevail in your battle, coming in desperate faith to your all-powerful Lord, waging war with prayer. Maybe you've been scurrying around, trying everything to find a solution. But you've overlooked fervent, frequent, faith-filled praying. You don't need a planning meeting; you need a prayer meeting. You don't need a program; you need to pray. You don't need a fund-raising strategy or a new methodology or some human expert. Now, God might use that. But you need to pray like you've never prayed before, believing God for something so big, only God could do it!

You've been so overwhelmed with your situation that maybe you've neglected the only power source that can possibly change things - releasing the power of Almighty God through intense and intensive prayer. The storm isn't the reason you don't have the power you need. It's the transformer of prayer that brings God's power down to where you live, where your need is. So, get your "transformer" back on line. You'll have all the power you need!