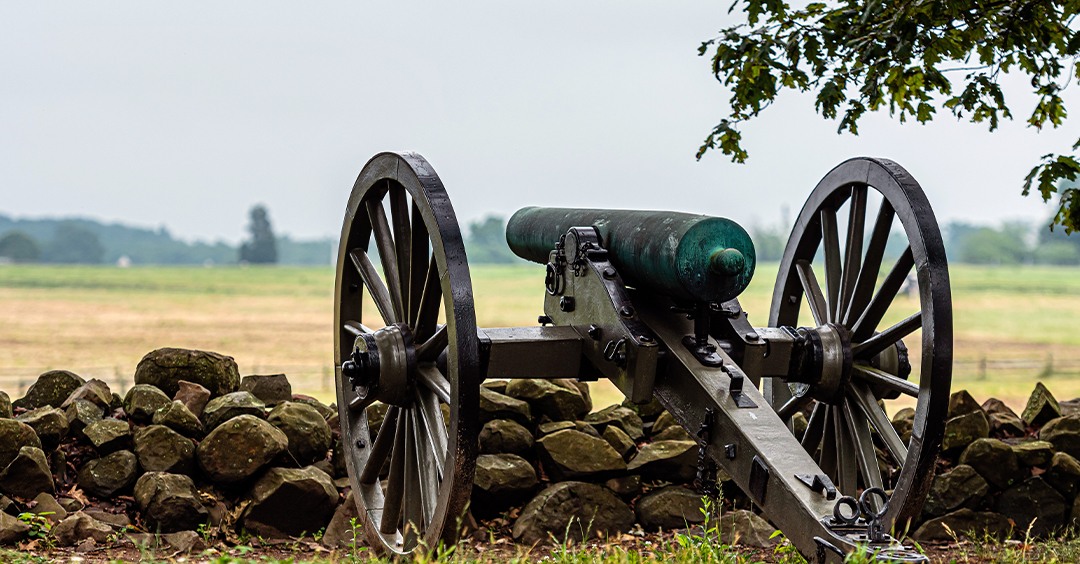 I'm Ron Hutchcraft and I want to have A Word With You today about "No Retreat, No Defeat."

One person, standing firm when the battle is intense, can literally turn the tide. On the battlefield where God has assigned you, He's counting on you to be that person. And today He's giving you a great picture of how you can be a warrior that your General can count on - one through whom He can win some great victories. The picture is in 2 Samuel 23, beginning with verse 8. It's our word for today from the Word of God.

It's a description of David's most trusted warriors - three soldiers called "David's mighty men" - Josheb-Basshebeth, Eleazar, and Shammah. (You don't have to memorize those. Right? Or pronounce them right?) The Bible describes how Josheb-Basshebeth "raised his spear against eight hundred men, whom he killed in one encounter." Then it says, "Next to him was Eleazar...As one of the three mighty men, he was with David when they taunted the Philistines gathered at Pas Dammin for battle. Then the men of Israel retreated (Sounds like Stonewall's big day, right?), but he stood his ground and struck down the Philistines till his hand grew tired and froze to the sword. The Lord brought a great victory that day."

Mighty warriors emerge at times when everyone's tired and suffering from combat fatigue - times when most people would feel like quitting. They emerge at times when the odds are overwhelming - like that one, eight hundred against one guy, and at times when most are retreating from the battle. For you, the battle might be your family, or it might be for your church, or for the right thing, for a stand that God has ordered you to take. So what is it that makes you one of God's mighty warriors and a soldier He can count on?

First, you defy the enemy as David's men "taunted the Philistines." Knowing that the devil is our real enemy, you dare to say, "I'm not going to let you win this one. Jesus, take authority over this loser and make him retreat." Secondly, you cling to your sword. For us, the "sword of the Spirit" is "the Word of God" (Ephesians 6:17). You keep fighting, holding onto what God says as tightly as Eleazar held onto the sword that became bonded to his hand.

The third step that makes you God's conqueror is you stand shoulder to shoulder with your brothers and sisters. You know, each time God introduces the next mighty man here, He starts with "next to him." Don't fight alone. Don't let anything come between you and your praying fellow-soldiers.

So no matter how intense the battle, no matter how weary the warrior, no matter how overwhelming the odds - do not retreat! With the Word of God in your hand, with your brothers and sisters by your side, with the Lord your God fighting for you, it won't be you who retreats, because your enemy is going down!