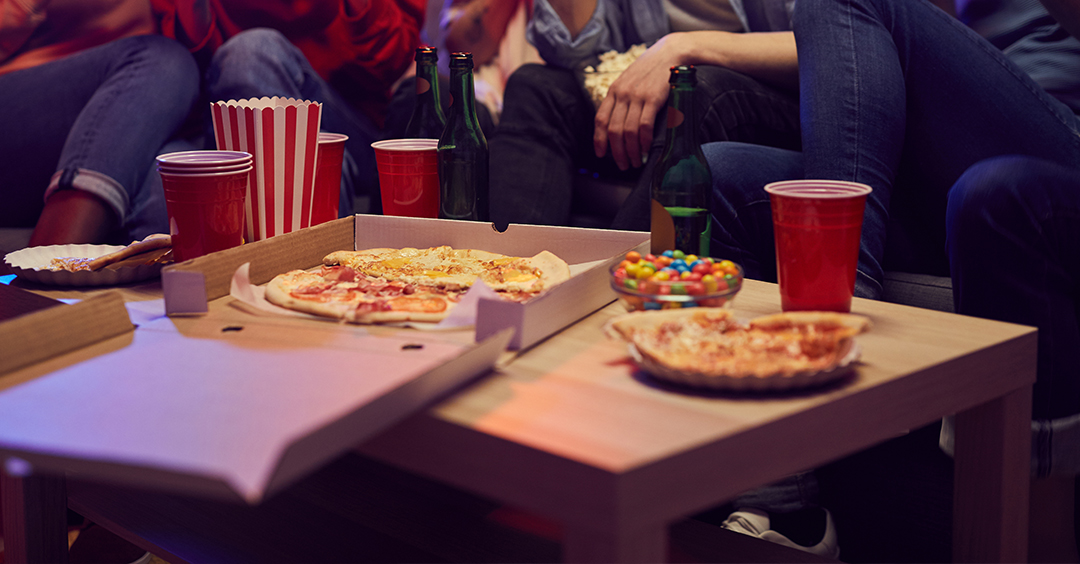 They were very exciting years; those days when God launched our radio outreach to young people. The Lord used that youth program to present Jesus to young people in almost 400 areas of this country and about 60 countries of the world. And the early ones; the first ones we did, they were especially exciting because it was like a new kind of Christian program in the country. We were living in New Jersey. The program originated from Chicago, and it was neat to have two or three children with me for those pioneer broadcasts. We kind of shared the excitement.

At our first live "call in" on a Saturday night, we were so excited! So we celebrated by going to one of the most famous pizza restaurants in Chicago. There was a long line to get in (like there usually is on a weekend), and the line went past a pay phone in the days before cell phones. We didn't have much to do waiting in line, so we had this great idea. I said, "Hey, let's call your little brother. Let's include him in the celebration!" We were pumped! Bad idea.

Yeah, we called and we were all talking at once about how the program had gone, and about the neat pizza place where we were at, and then there was finally a brief break in our chatter and my youngest son finally had a chance to talk. He started crying about our little parakeet, Chappy. He just said, "Chappy's dead." I don't mean to laugh, but that's all he could say. So here we are partying over the phone, and the kid on the other end is parakeet mourning.

I'm Ron Hutchcraft and I want to have A Word With You today about "Laughing When They're Crying."

Our word for today from the Word of God is from Romans 12:15. It's a call to care - a challenge to live sensitively, which we weren't doing that night. It simply says, "Rejoice with those who rejoice, mourn with those who mourn." No heavy theology. No big words. Just a down-to-earth definition of what it means to love your neighbor as you love yourself. Which James describes as "the royal law."

It means that we're going to have to do better than that night that we called my youngest. I mean, we were laughing and he was crying. How do we make the mistake of walking over people's feelings instead of walking with them through their feelings? It starts by what we did that night when we had so much to celebrate. We talked before we listened.

God knew we needed this reminder in James 1:19, "Be slow to speak and quick to listen." See, we always want to come roaring in with our story, our feelings, our problem, our victory. But love and unselfishness, you know what they say? "First, how are you feeling?" That's hard for me when I'm coming back excited, maybe from what God's done in a recent ministry trip. But if I'm going to really love the people at home, I need to hold back. I've got to ask what's happened in their life while I'm gone. If I don't listen, I won't know what they need for me to laugh with or to weep with.

But Jesus shows us something better. Even in His hour of ultimate suffering on the cross, He was caring about the needs of His mother, caring about the man on the cross next to Him. In Hebrews 4:15 it says of the busiest person in the universe, "He is not a high priest who is unable to sympathize with our weaknesses." He enters into our feelings, so we can trust Him.

I won't forget that night we inadvertently added to a little boy's grief because we didn't feel his heart before we talked about ours. Love in the simplest form is putting the other person first, and leading with what is in their heart.