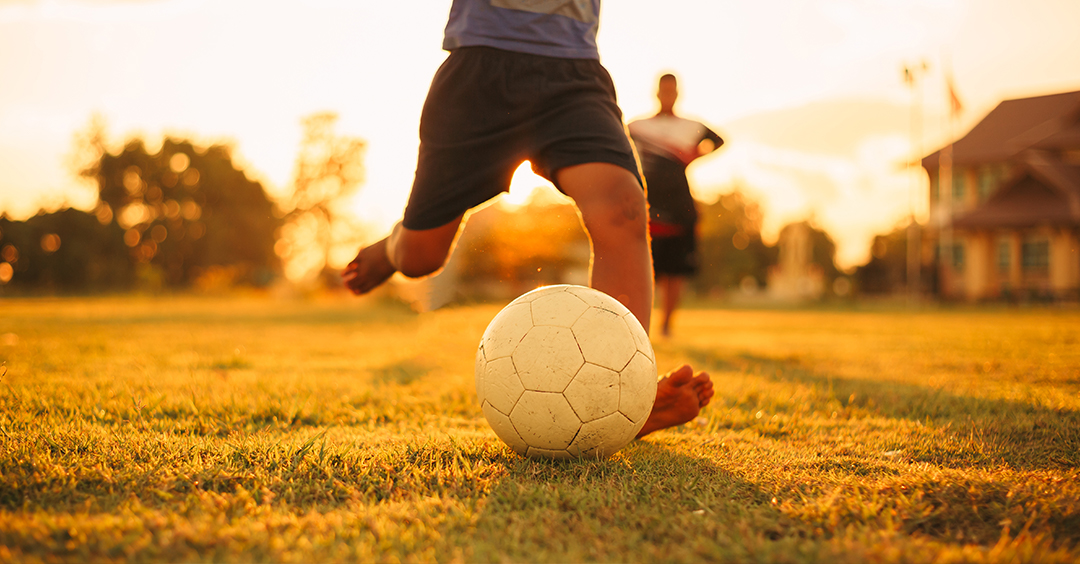 I'm Ron Hutchcraft and I want to have A Word With You today about "It Really is 'How You Play the Game.'"

Well, at least on God's team. That's why Jesus' finish line commendation for His players will be, "Well done, good and faithful servant" (Matthew 25:21), not "Well done, good and successful servant." What God cares about - what God rewards - is an all-out effort. The results are in His hands. The effort - that's you.

What impresses God about His players is clear in our word for today from the Word of God, when He says in Colossians 3:23-24: "Whatever you do, work at it with all your heart, as working for the Lord, not for men, since you know that you will receive an inheritance from the Lord as a reward. It is the Lord Christ you are serving." So you're not playing for the applause of the crowd or even the approval of your teammates. As far as you're concerned, there's one person in that stadium - your Coach, Jesus. If you've got His smile, you're winning; not if you're winning, you've got His smile. He wants you to be able to honestly say, "Coach, I really tried."

If you're playing your position with all your heart, you are pleasing Jesus. Your wholehearted effort may mean you get A's or it may mean you get C's, that you're the best one they've got or just average. Maybe you'll get amazing results or you'll seldom see results. You can't give any more than all your heart. And though we live in a world that cares only if you score, only if you look good, only if you win, you could be free inside knowing you're playing for the One who gives the biggest rewards. And Jesus rewards relentless faithfulness. That means you're still in there fighting when everybody else has dropped out.

Maybe God's assigned you to play a position on His team that's behind the scenes, doing things for Him that few people ever notice or value. And even you feel like what you do doesn't matter much - even to God maybe. Surely it doesn't matter as much as the big, public things some of your brothers and sisters are doing for God. But remember who gets the Super Bowl ring - every member of the team, not just the guys who scored the points. That's how God looks at all of us. Your part, your reward, matters just as much to Him as that of some great pastor or evangelist. In fact, the less glory you get on earth, I think the more He'll give you in heaven for your all-out effort for Him.

So hold your head high, no matter what position you play. Don't let that discouragement wear you down any more - not if you're giving it all you've got. If you are, then in God's eyes, and the only opinion that is that really matters, you are a champion.

Earth may not have many rewards for you. But one day, God's gold medal will hang around your neck!