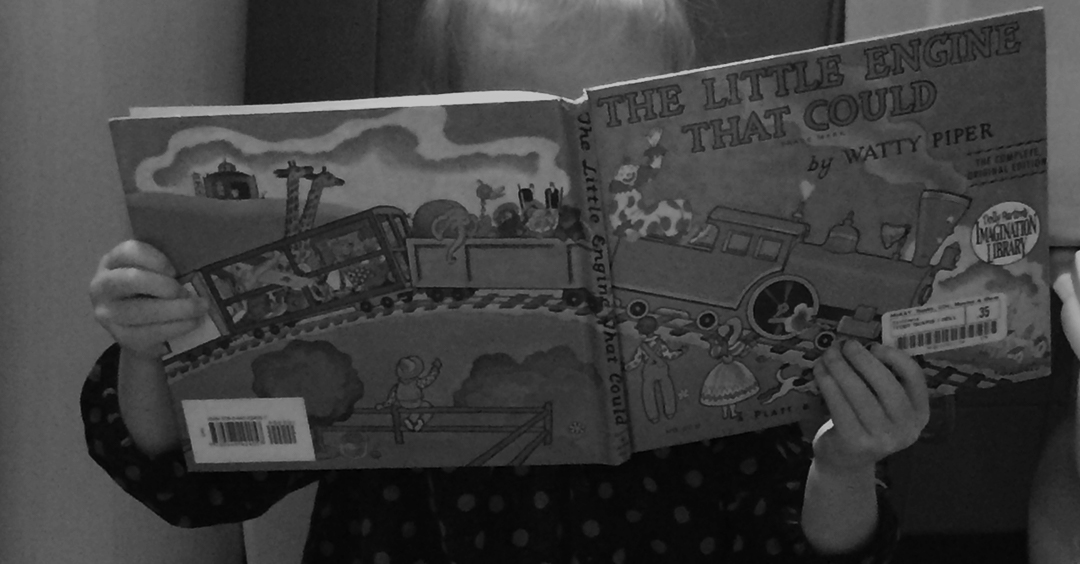 One of the first books I remember hearing my parents read to me, and actually one of the first books my kids remember us reading to them, is that famous little classic, "The Little Engine That Could." You probably remember the story of that load of toys that no train was able to pull up the mountain to get those poor little children their toys on the other side. Well, no train that is, until this unlikely little engine volunteered to give it a try. And against all odds, he made it, puffing out those four inspiring words - listen, if you remember them, say them with me now: "I think I can! I think I can!" (Yeah, you got it!) And he inspired us to believe that we could do anything if we had that same confidence. Unfortunately, I have a scandalous secret to tell you. The little engine lied to us!

I'm Ron Hutchcraft and I want to have A Word With You today about "I Think I Can't."

Listen to one of the most highly trained, highly skilled, highly motivated men in all of the Bible, the great Apostle Paul. He's speaking in our word for today from the Word of God in 2 Corinthians 12:9-10, and he starts with God's answer to his prayer for deliverance from his "thorn in the flesh" - some frustrating, incurable condition he could not get rid of. He says, "But the Lord said to me, 'My grace is sufficient for you, for My power is made perfect in weakness'." Then he reports this startling discovery he made when he faced something he couldn't fix and he couldn't control, "When I am weak, then I am strong."

Paul said that when he reached the point of "I can't." God's power flooded in, in a way that made him stronger than he had ever been when he was strong. In Paul's strength that is. Some of us are inveterate "little engines that could." We always have a plan, we can always make a way, and we can always solve it. (Sounds like somebody I know who has a radio program.)

And while we'll ask God to help us, we still hang onto control. Until it reaches the point of being seemingly hopeless, the point where we're ready to totally take our hands off of it, wave the white flag and say, "God, it's all Yours. I release it completely. Only You can do this!" And God says, "I've been waiting so long for you to say that. Now fasten your seat belt."

Of course, you don't have to wait until you're at the end. You could realize that reality that you can't long before you're forced to conclude that. When you don't know what to do, you claim God's promise that "if any of you lacks wisdom, he should ask God, who gives generously" (James 1:5). Sometimes, I sit at my desk and I literally say out loud, "God, I lack wisdom here. I have no idea what to do." And soon I've got insight I never had before. Remember that Jesus said, "Blessed are the poor in spirit (that means totally dependent, the ones who admit they're 'broke'), for theirs is the kingdom of heaven" (Matthew 5:3).

When you're out of strength, Isaiah 40:29 says, "He gives strength to the weary and increases the power of the weak." But you have to admit that's you. You've got to amidt you're the weary, you're the weak. I learned it when I was a little kid, that song "Jesus Loves Me." And I learned the words to that when I was about six years old, but it took me decades to finally live them. These words, "they are weak, but He is strong." When you're at the end of you, you're at the beginning of the awesome power of God.

When you know Christ, you are never more powerful than when you're powerless.