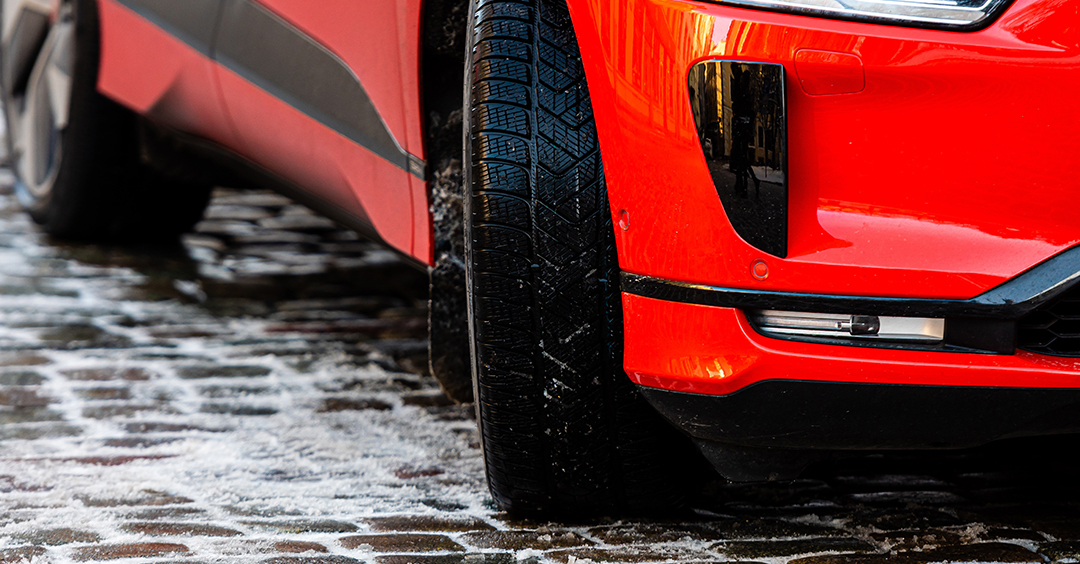 Snow I can handle, I grew up with it okay. But ice - that's another story. Driving on that slick stuff, walking on it - that's just downright treacherous. Some of the most dangerous winter weather I ever experienced was a few years ago. There was a series of ice storms that dumped this triple layer of ice on every surface in our area. And then the temperature was stuck below freezing for nearly two weeks, so we did some fancy-dancin' for a while. One thing I was glad we had, though, was a stock of that ice-melting compound, those little crystals that you scatter on the ice. And slowly but surely it starts to soften that slippery stuff and then it starts to melt it. And when there's hard ice everywhere, man, that's a breakthrough!

I'm Ron Hutchcraft and I want to have A Word With You today about "How to Melt a Frozen Heart."

It's not easy to melt the ice that's frozen over a sidewalk. It's even tougher to melt the ice that's frozen over someone's heart. That hard, frozen heart might be yours right now, and it might be the frigid condition of the heart of someone you know. Any hard or frozen heart is something that can cause a lot of injury and that can be holding inside a pile of hurt.

When a hurt turns cold and hard, it can destroy a marriage, a friendship, a longtime relationship. It can destroy a church, a child, a parent. A heart can even turn hard toward God. And a thick layer of ice around our heart means we essentially shut out the voice and the love of the person that we've frozen out. Probably because we perceive that they've wronged us or hurt us. But a hard heart is a wall for those on the outside and it's a prison for the person who's carrying that block of ice on the inside.

The thick ice around any heart; it can be melted, but not by us. Because we can't get in there. But God can. And He has a promise that someone listening today needs to hear and to claim, either on your behalf or on behalf of someone you care about. It's in Ezekiel 36:26-27. It's our word for today from the Word of God. The Lord says: "I will give you a new heart and put a new spirit in you; I will remove from you" - maybe you want to put the name of someone you care about here - "I will remove from you your heart of stone and give you a heart of flesh. And I will put My Spirit in you..." Maybe you're thinking of someone whose heart has turned hard and frozen. Maybe you even want to even put their name in that verse that God will do that for them.

A few months ago a dear friend talked with me about his anguish over his wife's leaving him and her announcement she was going to get a divorce. She refused to even take his calls. This couple is having a powerful ministry in their community. So, we prayed together. We defiantly claimed this promise on her behalf and on his, and a few days ago we talked again. He was more humble, more gentle, more tender than I've ever heard him. He said, "Hey, Ron, we're talking now and we're getting close."

See, that's nothing less than a miraculous answer to specific prayer. God is melting the ice around two frozen hearts. He wants to do that for you. He wants to do that for someone you know who has shut down and frozen up. Will you believe Him for His ice-melting miracle? As you pray, He may very well show you things that He wants you to do, things He wants you to change. They may be part of what has created the ice. Tell Him, "Lord, here's my heart. Take it wherever You want it to go."

And then open yourself up to the warmth of His love, and His grace, and His goodness, and His amazing ability to do whatever it takes to get our attention. Pray that for someone else's frozen heart. And you may want to add those words I so often add to a desperate prayer, "Lord, whatever it takes, within Your will."

Then let God do what only He can do. Don't accept what should never be accepted - ice around a human heart. It is so treacherous. God's fire and God's warmth can melt the ice that no one else can penetrate. He's done it so many times before. He can do it again.