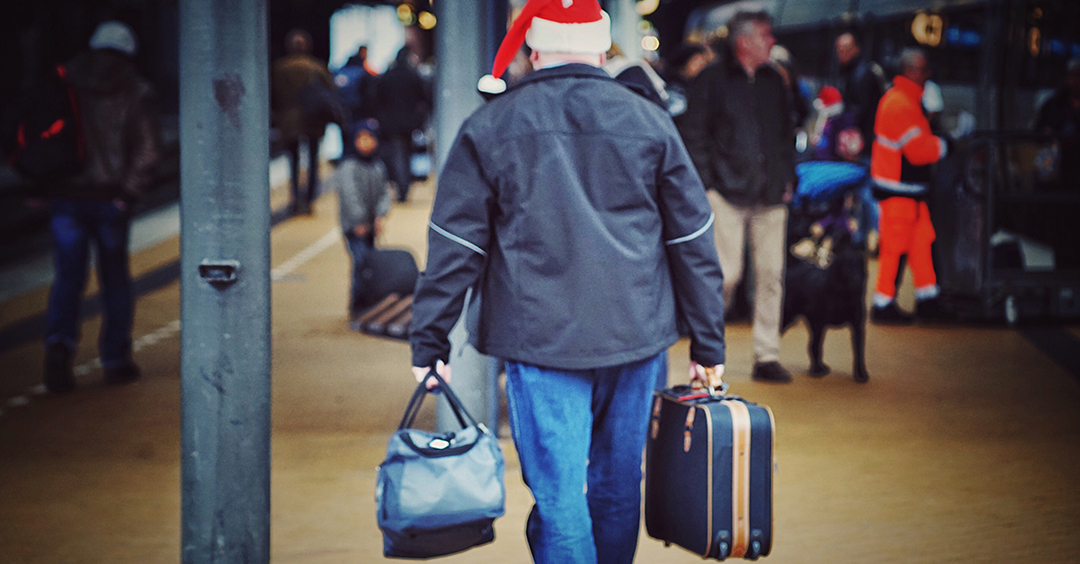 I'm Ron Hutchcraft and I want to have A Word With You today about "God's Christmas Go-fer."

Our word for today from the Word of God comes from Luke 2 - very familiar words. "In those days Caesar Augustus issued a decree that a census should be taken of the entire Roman world, and everyone went to his town to register. So Joseph, also, went up from the town of Nazareth in Galilee to Judea to Bethlehem, the town of David, because he belonged to the house and line of David. He went there to register with Mary, who was pledged to be married to him and was expecting a child. While they were there, the time came for the baby to be born."

You can't fully understand the cosmic events that are taking place here as Joseph goes from Nazareth to Bethlehem unless you understand the prophecy God made about the birth of His Son. It was about five hundred years before, recorded in Micah 5:2, where God says, "But you, Bethlehem, though you are small among the clans of Judah, out of you will come for Me the one who will be ruler over Israel whose origins are from old from ancient times." Simply, the Messiah was going to be born in Bethlehem. That was God's plan.

Excuse me. We have a problem here! The mother and father are in Nazareth. It's about 90 miles away. It's nearing the time for the baby to be born. There's no conceivable way you're going to get Joseph to take Mary 90 miles on a rugged road to Bethlehem. But God's plan says it's going to be Bethlehem. How are we going to do this?

Enter now the most powerful man in the world. History knows him to have been a butcher. Caesar Augustus - he took orders from no one. He murdered members of his own family. But God needs to get Joseph to Bethlehem, so get this - he moves the world's most pagan, most powerful man to decree new taxes. Joseph is forced to go to Bethlehem. He doesn't want to leave Mary alone, so he takes her. And Caesar becomes God's Christmas go-fer, just doing His errands to make His promises happen. That's great isn't it? So what?

Well, a couple of encouragements for you about the Christmas gifts from the Christmas Story. Number one, God can use anybody to accomplish His plans for His kids. Maybe right now there's a person who seems to be an obstacle or opponent. Wouldn't it be something? See, they could become God's instrument to move you where you need to be. Oh, that person, well, they think they're in charge. So did Caesar Augustus. God's in charge.

Secondly, God will move whatever He has to, to keep His promises to you. If He has to move an entire empire to make a promise come true. He will do it. and He did! And surely He can move what needs to be dealt with in your life. If God can use the Emperor of Rome as His personal go-fer, there is nothing that's going to stop His plans for you.