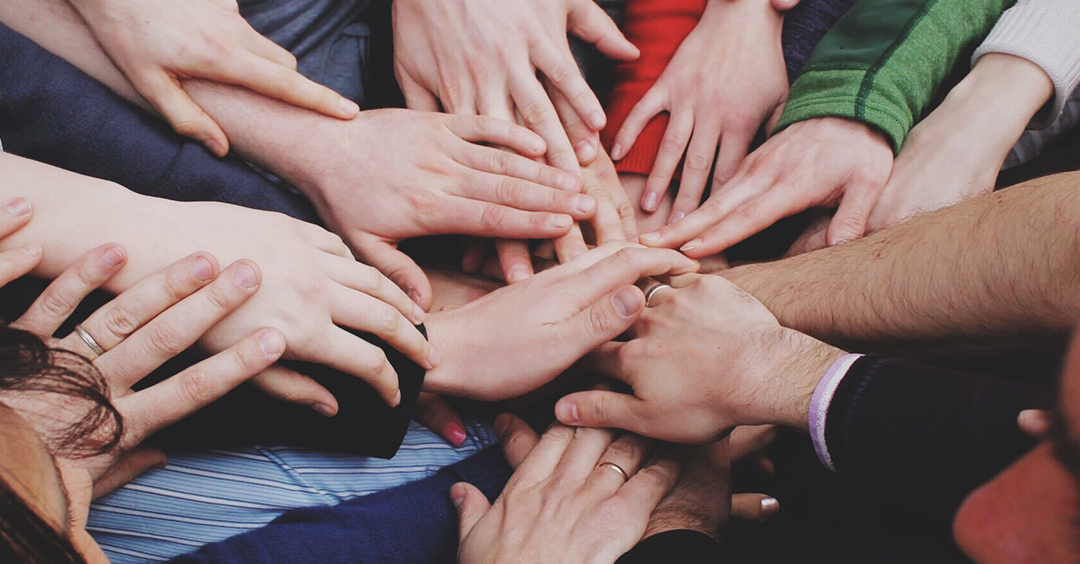 It's one of those classic "Peanuts" cartoons. Charlie Brown is sitting there, peacefully watching TV. Lucy comes up and tells him to change channels. Charlie Brown says, "What gives you the right to just order me to change channels?" Lucy holds up her hand with her fingers spread apart and answers, "These five little things: one, two, three, four, five. Alone they're not much" - and then as she pulls her fingers together in a fist - "but together, they are something terrible to behold." Then Lucy asks, "So what channel are you going to watch?" Poor ol' Charlie Brown looks down at his fingers and asks pitifully, "Why can't you guys get organized like that?"

I'm Ron Hutchcraft and I want to have A Word With You today about "Fingers and Fists."

I wonder if Jesus ever looks at us, His followers, and asks that same question, "Why can't you guys get organized like that?" He knows that when we function like separate fingers, we're not much. But when we put our separate fingers together and make a fist, we're "something terrible to behold" - especially to the forces of darkness and the enemies of Jesus.

That's why Jesus prayed for us to get together in our word for today from the Word of God - it's in John 17:23. As Jesus pours out His heart to the Father on behalf of His followers, our Lord prays, "May they be brought together to complete unity to let the world know that You sent Me." Jesus knows that if His followers can work together instead of separately, it will be living proof to a broken world of the power and the authenticity of Jesus. I guess we can assume the opposite is true as well. If we can't get our act together as the people of Jesus, the world has every reason to question the reality of what we believe. And believe me, they do.

When the Apostle Paul calls on Philippian Christians to "conduct yourselves in a manner worthy of the Gospel of Christ," he defines it: "standing in one spirit, contending as one man for the faith of the Gospel." You see, anything else is unworthy of Jesus. Then he says this oneness between God's people will be "a sign (to those who oppose you) that they will be destroyed" (Philippians 1:27-28). The enemy knows he is no match for the people of Christ fighting him as one powerful fist.

So, obviously, the Devil loves to keep us apart. And we're going right along with this devilish strategy to dilute the impact of the forces of God. There are racial walls between us. Often Christians of one color don't even know the name of one Christian of another color, even though we might just be a short physical distance apart. We've let denominational walls develop, insisting on emphasizing the 10% that divides us rather than the 90% that unites us. We are so determined to stress our distinctives - the things that make us "us" - that we let them separate us from people we will share heaven with forever.

We let worship styles come between us, music styles, religious competition, the competition for finances, spiritual pride, critical spirits. And too many Christian families have let walls develop - again, by emphasizing the things that divide them rather than the things that unite them.

If you're living in a divided situation, would you be a part of the answer to your Savior's impassioned prayer that we work together? Be the one who brings people together - at least to pray together. Walls start to come down in prayer meetings. Help people raise their eyes to the common mission we all have, to rescue the dying people all around us. That goal is so big it makes the army forget its differences and to come together to accomplish our life-or-death mission on this planet!

We've been separate fingers long enough! Let's pull those fingers together and make a fist in Satan's face!