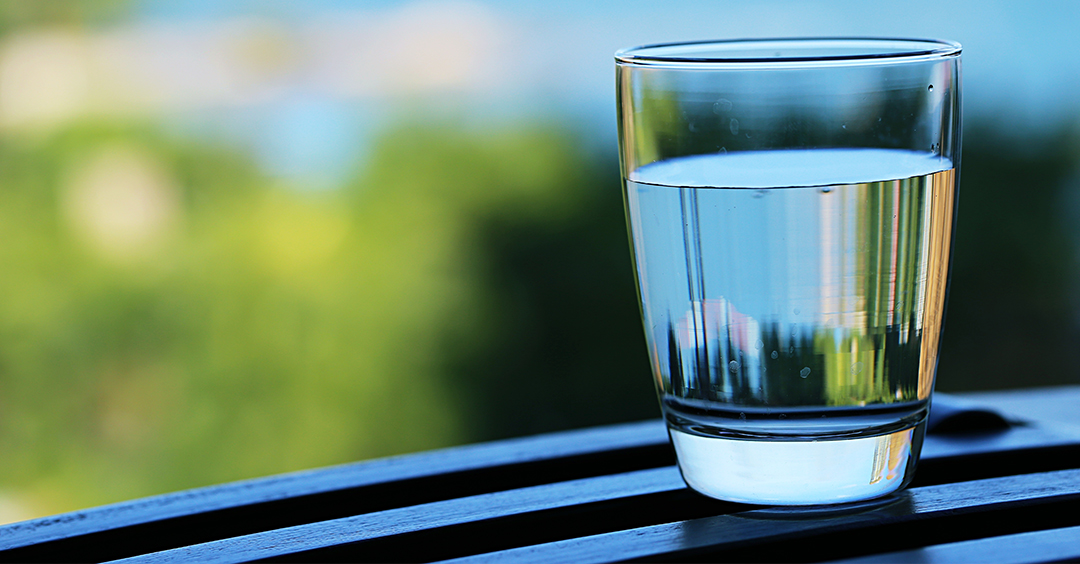 I'm Ron Hutchcraft, and I want to have A Word With You today about "Filled With the Good Stuff."

Now, my glass filled with water? That would actually be a picture of one of the most powerful prayers you can pray for yourself or for someone you care about. In fact, it's such a good prayer that it's one of the relatively few that God thought should be in the Bible so we all could read it. The basic thrust in this prayer is repeated several times as Paul tells us what he prayed for when he prayed for the important people in his life.

We get to actually eavesdrop on the prayer of one of the most powerful Christ-followers in history in our word for today from the Word of God. It's in Colossians 1:9 where Paul says, "Since the day we heard about you, we have not stopped praying for you and asking God to+ - okay, here it comes - "fill you with the knowledge of His will through all spiritual wisdom and understanding."

Then he goes on to say that if that happens, the folks he's praying for will live a life that pleases God in every way, they will bear fruit in their work, they will grow in knowing God, and they'll get really strong with supernatural power. But what births all that good stuff in one of your "prayees" is that they get filled with the knowledge of God's will. That's what starts this whole ball rolling.

Which brings us to this glass I was talking about, filled with water, which would mean there's no room for anything else in it. This prayer asks that you - or someone you're praying for - will be taken over with the sense of exactly what God wants done in each situation, in each decision. So filled with His will, with what He wants, that it pushes out every other viewpoint, every other perspective, every other voice. What God wants done starts to dominate the heart and the mind and the emotions of a person who is "filled with the knowledge of his will."

That's what is so powerful about this prayer. It's why it was a focal point of the great Apostle Paul's praying. Ultimately, this God's will fill up is an answer to prayer. But there are some things you can do to create the environment of clear, unmistakable direction from God. First, want it badly. Are you interested in God's viewpoint just to see if you want to do what He says? Or are you desperate to get God's leading on what you should do, and you will do it no matter what it is? Remember, "Commit your way to the Lord; trust also in Him and He will bring it to pass" (Psalm 37:5 KJV).

Secondly, approach it neutrally. Don't pray to be filled with God's will if you're all full of your will. Give God a blank piece of paper, not a contract that you'd like Him to sign. One other step that prepares you for a God's will fill up - act responsively. When you get God's leading, do it before you change your mind. Obedience isn't just agreeing with what God wants - it's doing it. And until God fills you with the knowledge of His will on this matter, don't move. When He does fill your heart, don't wait. By the way, don't forget that the unfolding of God's will is usually just the next step, not the whole plan. It's like take a step, see a step. See, that keeps you close to Him day by day, waiting to see the next step.

Well, get used to asking God for this for you, for someone you love, that they will be "filled with the knowledge of His will." That's a great way to pray!