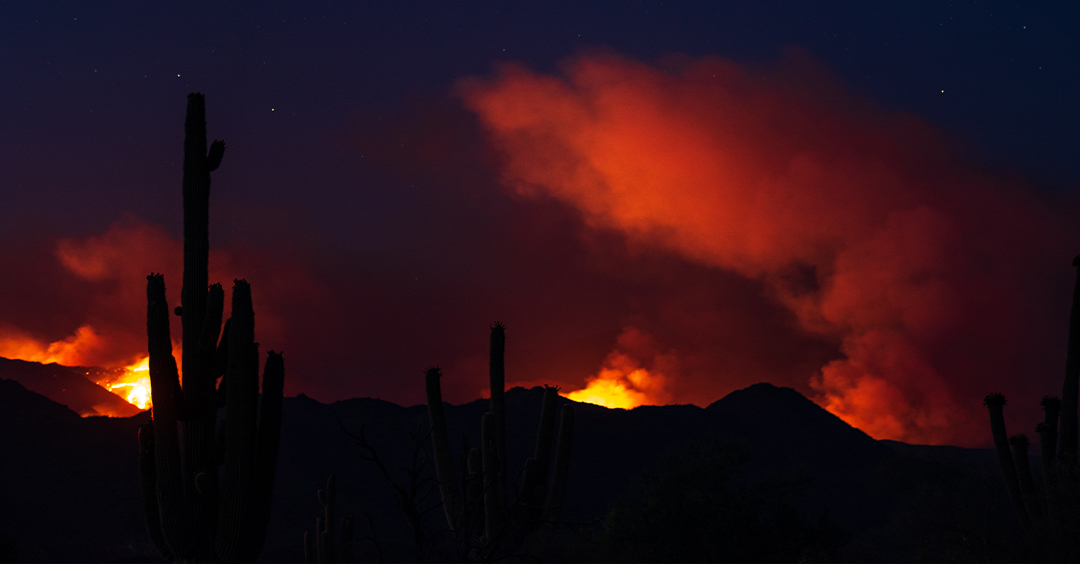 And that was the situation for some First Nations - that's the Native people of Canada - some First Nations young people who attended a Native youth conference that I spoke for in western Canada. Their homes had been in the path of these fast-spreading fires in what's called the Slave Lake area of Alberta. Because no one had been allowed back to that fire zone yet, some of the young people who attended didn't even know if they'd have a home to go back to.

Well, out of the Slave Lake disaster came this front page story that was actually more about hope than tragedy. A lady who watched as the fires moved closer and closer to her home knew that an evacuation order was coming pretty soon. And that led to a soul-searching question, "What will I take with me when I go?" She made a choice that displayed some amazing priorities. She decided she would pack her vehicle with people, not possessions.

I'm Ron Hutchcraft and I want to have A Word With You today about "Facing the Flames."

So when this woman who was trying to decide what she would take with her fled town hours later, she did just that. She took a number of people who did not have vehicles of their own - including women with children - and she left her stuff behind.

Well later she spoke at a special church service for the victims, and she spoke with pretty deep emotion. She said, "You know, I actually had joy in my heart...that there were people able to come with us, because people are what matter."

Yes, they are. But in the push and shove of our fast-moving lives, it's easy to forget that isn't it? So many demands and deadlines, so much stuff. But nothing matters as much as the people in our lives: stopping for them, listening to them, letting Jesus love them through us. They're the only thing in our life that's made in the personal image of God Himself and the only thing that will last forever and ever. So that lady's question is one we all need to be asking. I know I do. "What will I take with me when I go?" Or, more accurately, "Who will I take with me?"

Now, in our word for today from the Word of God, Paul, God's ambassador, knew the answer. In 1 Thessalonians 2:19-20, Paul writes to those that he had introduced to Jesus, and he says this: "What is our hope, our joy, or the crown in which we will glory in the presence of our Lord Jesus when He comes? Is it not you? Indeed, you are our glory and joy."

Could it be we've gotten so busy and even so involved in accumulating blessing at church, at conferences, Bible studies that you're walked right by the people who are facing the flames? You know, we're all called to rescue them.

Jude 23 puts it this way, "Snatch others from the fire and save them." Because, you see, everything else is eventually going to burn.