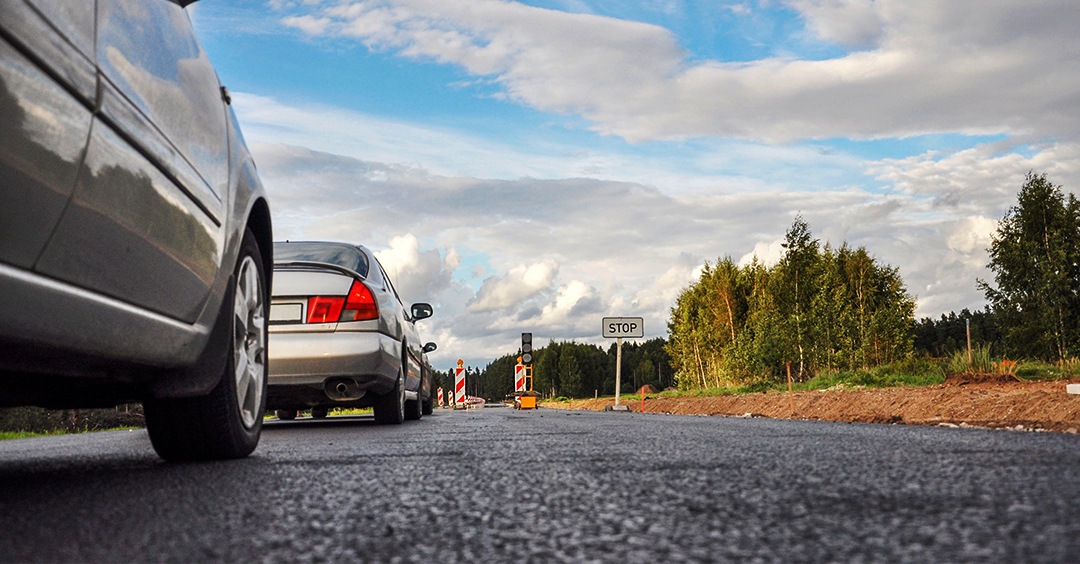 You've probably been speeding down the highway as I have at times, and all of a sudden you'll come to a construction area that says, "Slow down - 35 mph." So everyone, of course, slows down by two or three miles an hour. They're down to 57 now or something like that. And then you'll see as you get a little more into the construction area these words, "Be prepared to stop." Well, I don't want to be prepared to stop. I don't know if you're like me, but I calculate how many miles I've got to go, how long it's going to take. Let's see, "Sixty miles - sixty minutes." Something like that. I don't want to be prepared to stop. I'm prepared to do the speed limit. Sometimes we live our whole lives that way. We're speeding too fast to stop.

I'm Ron Hutchcraft and I want to have A Word With You today about "Be Prepared to Stop."

Our word for today from the Word of God - we are in the 18th chapter of the book of Luke. I'm going to begin reading at verse 35. "As Jesus approached Jericho, a blind man was sitting by the roadside begging. When he heard the crowd going by, he asked what was happening. They told him, 'Jesus of Nazareth is passing by.' He called out, 'Jesus, Son of David, have mercy on me!' Those who led the way rebuked him and told him to be quiet. But he shouted all the more, 'Son of David, have mercy on me!' Jesus stopped and ordered the man to be brought to Him. (The Bible says.) When he came near, Jesus asked him, 'What do you want me to do for you?' 'Lord, I want to see' he replied."

And, of course, as they say, the rest is history. Jesus healed blind Bartimaeus that day. But I think the words that leaped out at me from this passage are two simple little words. Did you catch them? "Jesus stopped." But then He always did. He always had time to stop for an individual who needed Him. Now, he had three good reasons that I can think of not to stop this day when He came into Jericho.

First of all, He was only days away from dying on the cross, and He knew it. He had His own burdens on His mind. The cross had to be what He was thinking about. I think He would be forgiven for not stopping, "I just can't. I've got so much on My mind."

Secondly, he had a crowd pressing on him. Thirdly, this guy seems to have been quite a nuisance. Everybody seemed to consider him a nuisance except Jesus. But in spite of those three reasons not to, Jesus stopped. You know, maybe you're speeding through your life much like I am; stressful, high pressure, rat race existence, always on your way to something or from something that's very demanding.

If you're like your Master, you'll stop when you hear the cries, for a child who needs a hug, for a mate who needs your shoulder, who might need your attention right now - who needs your ear, who needs you to listen, maybe it's a worker in your office. You've got so much to get done today, but there's someone there who obviously needs your love, your encouragement, needs your praise. Sometimes you'll stop and say to somebody, "How are you?" And they'll give you that hollow, "Okay, I guess." Woah! Do you have time to stop when it's not okay?

You can't always drop everything, I know that. But you could at least set a time and say, "Listen, I can't talk right now. But in an hour, I'll be out of this, and let's get together then."

Don't let the preoccupations of your agenda, your problems, your demands, even the un-lovable-ness of the person who needs you keep you from being there for them. Don't let those things make you forget that people are most important. They're going to last forever. So please, like the sign says, "Be prepared to stop."