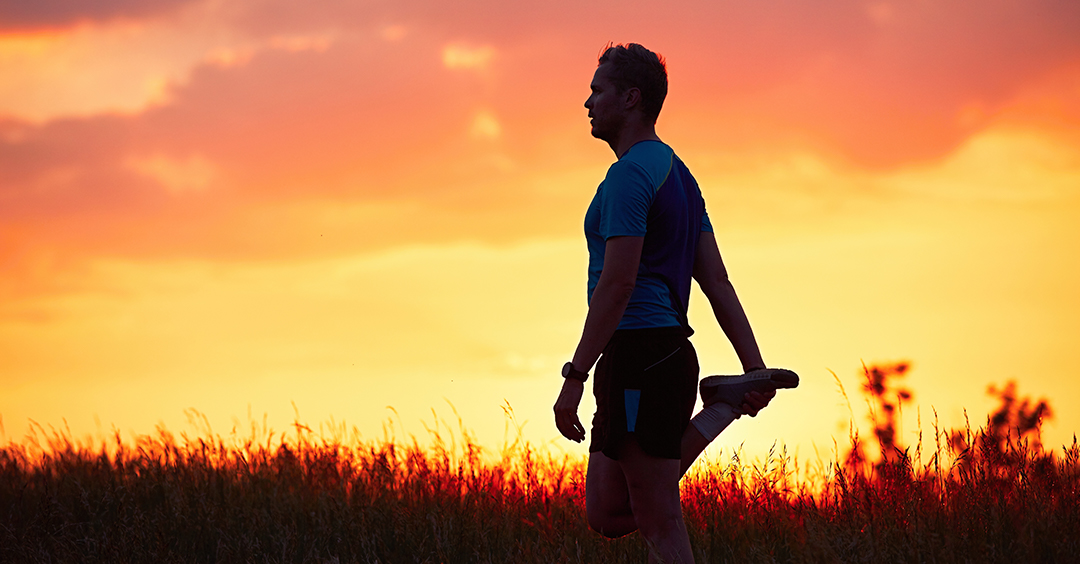 It was one of those steamy 3-H summer days - you know...hazy, hot, and humid. I was just finishing doing about, oh, eight miles on my bike, feeling like Mr. Fatness - I mean, Fitness. Then I passed Tim - and he was doing all 10 1/2 miles around the lake - running, not riding. Well, I later learned he did that every day. Now that year Tim was in the sports headlines at home a lot. He was, as always, one of the county's champion track stars. But that sweaty day at the lake, there were no coaches, no reporters, no spectators watching. I said, "Hey, no time off for vacation, Tim?" He reminded me that running is a 12-month sport. See, champions aren't made the day of the race with the crowd applauding - they're made on a thousand invisible mornings.

I'm Ron Hutchcraft, and I want to have A Word With You today about "A Thousand Invisible Mornings."

I've never understood people who get involved in a sport or an activity or in anything and settle for mediocre. If you're going to get into it, aim to be all you can be. Now if that's true in sports, it's really true when it comes to serving the King of Kings, the Lord Jesus Christ.

You can probably think of someone that you consider to be a spiritual champion. We all have them in our life. And you think to yourself, "I'd like to be used by God that way, I'd like to make a big difference, I'd like to influence people for Christ." You probably see or hear that person in a public setting - maybe behind a pulpit, or on radio or TV, through books they write, maybe at a concert through their music. But the ministry you see in a spiritual champion is because of something you don't see. Just like that championship runner chugging out the miles on back roads when no one sees.

Which leads us to our word for today from the Word of God in Isaiah 50:4 - a behind-the-scenes peek at a major secret of spiritual greatness. Here's what it says. "The Sovereign Lord has given me an instructed tongue to know the word that sustains the weary. He wakens me morning by morning, wakens my ear to listen like one being taught."

Now, the prophet describes here a morning-after-morning meeting with the Lord Himself, this intimate get-together that no one sees and no one is checking up on. When you see a life that seems to radiate spiritual authority and sensitivity and insight, you know what you're seeing? That's the public overflow of what's been going on daily between that person and the Lord in private.

While others are resting or wasting time, the champion is in God's Word listening to Jesus teach Him. He or she is on their knees. They're praying throughout their day, not just in one isolated binge of prayer. God's champion speaks with a God-instructed tongue because he or she shows up for class every morning. And the only glory you see in that person is the glory of Christ's personal presence made real in someone's life by regular time with Him.

Anything that I or any other servant of God has ever said that has ever touched anyone has been because God touched His servant in private first. And He wants to do that for you, for all His kids.

I believe deep in your heart you want to be used greatly by your Lord, to make a greater difference than you've ever made before. Well, then awaken each morning and let Him teach you before you leave. Love Jesus in a place where it's just you and Him. Then let your work - your service - just be the public overflow of what's happening between you and Jesus in private.

That young track star embodies any of us who would be God's champion - a winner being built through the training of a thousand invisible mornings.