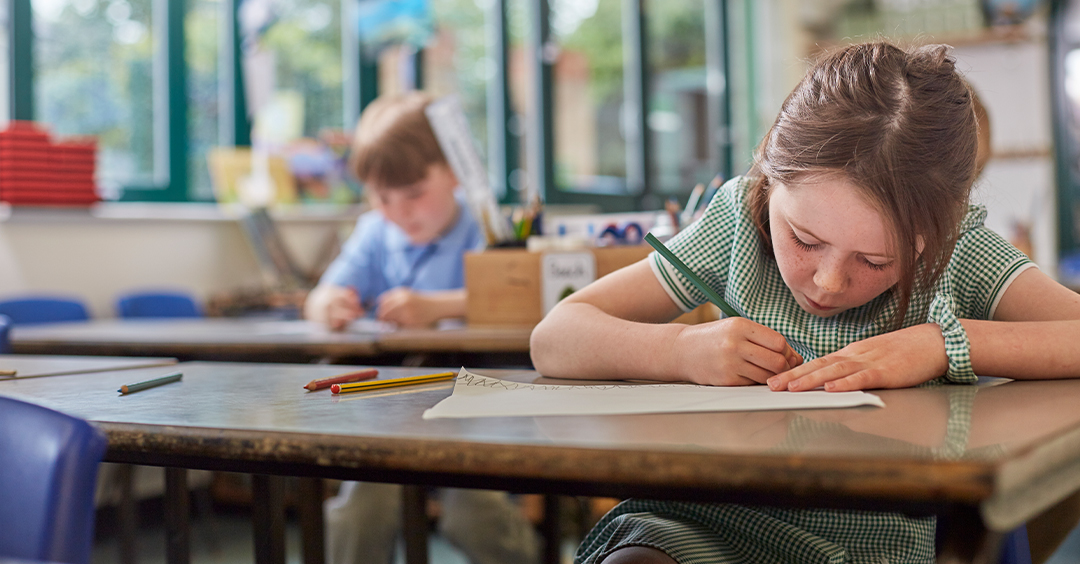 Schools and teachers frequently run into what we might call a motivational challenge; how to motivate a student to do the right thing and stop doing the wrong thing. Now, they used to hit students on the hand or even spank them in the old days. Of course, not any more. Disciplinary actions have gotten less and less as parents have been willing to even sue if a school violates their son's or daughter's rights. A teacher can still threaten a zero, or a detention, or a trip to the principal's office, and the principal can even threaten a suspension. But there are two words that can strike terror into many a student's heart, "This will go on your permanent record."

I'm Ron Hutchcraft and I want to have A Word With You today about "Your Permanent Record - in Heaven."

If your school years are a distant memory, you're probably glad you don't have to be concerned about your permanent record any more, right? Well, as a matter of fact, we all have one in heaven. King David was concerned about his, and back in the 51st Psalm he said, "Have mercy on me, O God, according to your unfailing love. According to Your great compassion, blot out my transgressions." He was afraid of his record with God. In verse 9 he says, "Hide your face from my sins and blot out all my iniquities." Don't you wish you could have erased the record of all the times you've done things, thought things, said things that were out of God's bounds? Well, the Bible has a word for that - sin. Any time I run my life instead of God running it.

See, God's recorder has been running during every conversation of your life and mine. His recorder has been picking up everything you've ever done, even the things no one else knew about. And David said in another Psalm, "If I say surely the darkness will hide me, even the darkness will not be dark to You, God." If we have to face that permanent record when it's our time to appear before God, we don't stand a chance. The good we've done? It's not going to cancel out a lifetime record of doing things my way.

Thank God your permanent record doesn't have to be permanent. Our word for today from the Word of God in Colossians 2:13. Listen to this good news: "You were dead in your sins, but He forgave us all our sin having canceled the written code that was against us. He took it away, nailing it to His cross." Wow! In other words, because of what Jesus did when He died, it's possible to trade in punishment for forgiveness; a death penalty that I deserve, I can trade for eternal life I could never deserve.

We might want to argue over some of the entries in our permanent record in heaven and say, "Hey, I don't think that's sin. Our culture doesn't think it's sin." Well, if God thinks it's sin, it is and it's on your record. But because Jesus Christ died to make possible the erasing of our sin record, God can make this promise recorded in Hebrews 8:12 in the Bible, "I will forgive their wickedness" - listen to this - "and I will remember their sins no more." Wow! Wouldn't it be liberating to know that your eternal record with God is clear; that you'll never have to face that record in God's presence some day and the judgment that goes with it?

Freedom and forgiveness - they're yours. And the moment you put all your faith in Him you get a new permanent record in heaven. It's talked about in Luke 10:20. It says, "Rejoice that your names are written in heaven." Today your name could be entered in what God calls His Book of Life. That's His permanent record of all those whose sins are forgiven because they've invited Jesus Christ to be their own Savior from their own sin.

If you've never done that, if you want to know how, if you want to be sure you have, I invite you to get to our website today - ANewStory.com. Find out how every sin of your life could be erased from God's Book today by beginning that relationship with Jesus.

That Book of Life in heaven? That's a permanent record you want your name in. It's a reservation for heaven written in God's indelible ink.