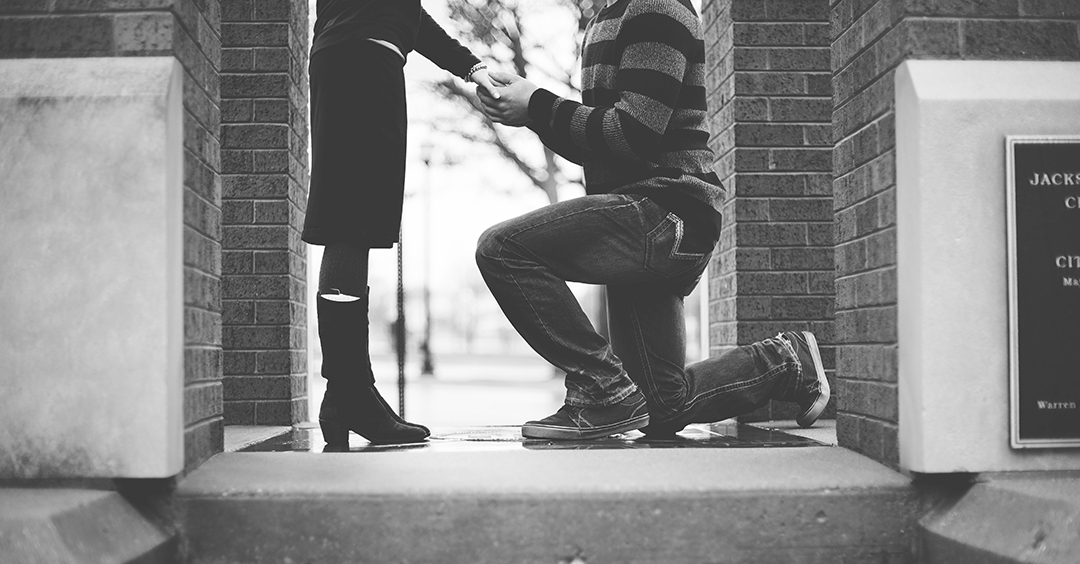 Our youngest son had waited a long time for this. He had loved this girl for a long time and she had loved him. And now it was time to ask her to spend the rest of her life with him. So, he asked her to go with him on an old horse-drawn carriage ride along some beautiful mountain paths. He was in cahoots with the driver, so he asked if they could stop to take a picture on a nearby footbridge - just out of sight, of course. Well, the driver was loving every minute of this. On that bridge, overlooking a picturesque little stream, our son declared his lifetime love and he asked the woman he loves to become his wife. She was not surprised that he would ask someday, but this day she was overwhelmed. I love this! He awaited her answer and it was more beautiful than our son could have ever scripted. She just said, "It would be my highest honor." P.S. - the wedding was awesome.

I'm Ron Hutchcraft and I want to have A Word With You today about "Your Answer."

There's someone who loves you very much, who has dramatically declared His love for you, and whose offer of a lifelong relationship requires an answer. He's the One who it says in Revelation 3:20, our word for today from the Word of God: "Here I am! I stand at the door and knock. If anyone hears My voice and opens the door, I will come in..." And while that invitation was initially addressed to some people who already belonged to Jesus, it's also a powerful picture of His offer of His love to those who have never begun a personal relationship with Him - and that might be you.

His love for you and me? It's not based on how good we are. The Bible says we've chosen to hijack the running of our life from our Creator, and all our religiousness doesn't cover up our rebellion against a holy God. We deserve the hell that sin requires, but we're offered a heaven we could never deserve because Jesus took our hell for us.

And now He awaits your response to this blood-bought offer of forgiveness and eternal life. In the words of the Bible, "God so loved the world that He gave His one and only Son, that whoever believes in Him shall not perish but have eternal life ... Whoever believes in the Son has eternal life, but whoever rejects the Son will not see life, for God's wrath remains on him" (John 3:16, 36). See, there's just no neutral response. It's "Jesus, I'm Yours" or "Jesus, forget about it."

When our son said, "Will you marry me?" what if his beloved had said, "Sure. You're a nice guy" or "You have some great points" or "We get along great." Well, those are polite answers, but it's not a commitment. That's how it often is when Jesus knocks on the door of your heart. Maybe he's doing it right now. Anything other than "Jesus, I'm Yours" is just polite rejection. And "whoever rejects the Son will not see life."

Jesus has dramatically declared His love for you. Look at the nail prints in His hands. He's offering to forgive every sin, to never leave you, and to take you to heaven when you die. But you've got to give Him your answer. If you want this to be your Jesus-day, the day that you consciously know forever you've said "yes" to Him, the day you begin your personal love relationship with Him, tell Him that right now where you are.

And let me urge you to go to our website. It is there for you at a moment like this. It's ANewStory.com.

I'm thinking of the words of an old hymn that pretty much sum up the choice that's in front of you. It says this, "What will you do with Jesus? Neutral you cannot be. For some day your heart will be asking, 'What will He do with me?'"