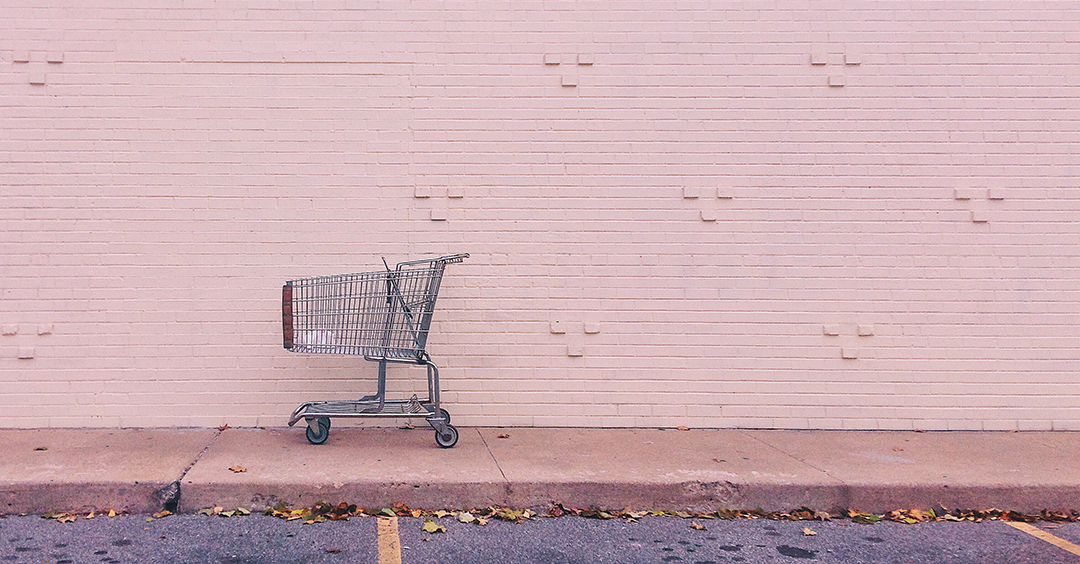 There was this little song from a children's TV show. It goes, "One of these things is not like the other; one of these things doesn't belong." That's how I look in the middle of twenty or thirty professional football players. That's where I've ended up a number of times when I've spoken for NFL chapel services. Every professional football team actually has a chapel meeting before their game. Often, I was invited to join the players for the team meal after the chapel. Of course, their game day meal was this massive buffet, designed to help them power up for this grueling afternoon they have ahead. After one chapel, I had the privilege of visiting for some time with one of the players who had actually played in three Super Bowls and had been named the Most Valuable Player in one of them. I said, "So you have three Super Bowl rings?" He said, "Yep, but it's still not enough. I've got ten fingers. I won't be happy until I've got a Super Bowl ring on all of them!" Wow!

I'm Ron Hutchcraft and I want to have A Word With You today about "Why 'More' is Never Enough."

Here's a man who has won one of the most coveted prizes in professional sports - three times! But it's not enough? I remember hearing the story of one player who had just experienced the fulfillment of his lifelong dream. He played on a national champion college football team. The morning after, his team and his name were all over the front pages, announcing they had won the championship. But he said he couldn't get over this deep feeling of depression that morning. And here were his words: He had everything he'd been living for, "Now what?"

John D. Rockefeller, one of the richest men in American history was asked by a reporter once, "How much money is enough money?" He smiled and answered simply, "A little bit more." It's true, isn't it? Whatever we've looked for in our life, there never seems to be enough of it to satisfy our restless heart. If you're still climbing whatever is your own "Mt. Happiness," you figure you're not satisfied because you're not there yet. But the people who are already at the top of that mountain are saying, "I'm here and I don't have it. Now what?"

Thousands of years ago, King Solomon, the richest and most sought after man of his time, reached this conclusion, recorded in the Bible in Ecclesiastes 1, "There is nothing new under the sun...I have seen all the things that are done under the sun; all of them are meaningless, a chasing after the wind." That says it, doesn't it - chasing the wind.

In Ecclesiastes 3:11, our word for today from the Word of God, Solomon actually puts his finger on why happiness is so elusive: He says, "God has set eternity in the hearts of men." And that's it! We're made for something that will last forever, and nothing that doesn't last forever could ever fill the hole in our hearts. In fact, we were made for a personal relationship with God, the only One who's big enough to fill that hole because that hole was made for Him. The Bible describes our hearts as being "like the tossing sea, which cannot rest...there is no peace," it says (Isaiah 57:20-21).

But we haven't made our Creator the center of our lives. We've marginalized Him. We've minimized Him. We've pushed Him to the edges of our life, and we've confining Him to a little compartment marked "religion." We're lonely for God. We're away from God; so far away that it took the death of God's only Son to bridge the gap between us.

Our self-run lives (and the Bible calls that sin) place us under the death penalty for all rebels against God. But the death of Jesus Christ on that cross, and His resurrection from the dead three days later, was to pay for every wrong thing you've ever done and to open the door to love and life that will never end, and for that eternity you were made for.

The Bible bottom lines what Jesus did for you on the cross in these words: "The punishment that brought us peace was upon Him" (Isaiah 53:5). The Bible says you can be, "complete in Him." Don't you want that finally? If you're tired of searching and you're ready to place your total trust in Jesus to forgive your sin, to bring you to God, tell Him that right now, "Jesus, beginning right now, I'm Yours."

Get to our website. It's there literally to help you at this crossroads. The website is ANewStory.com. Your heart's been looking for home for a long time. Guess what? Today home has come looking for you.