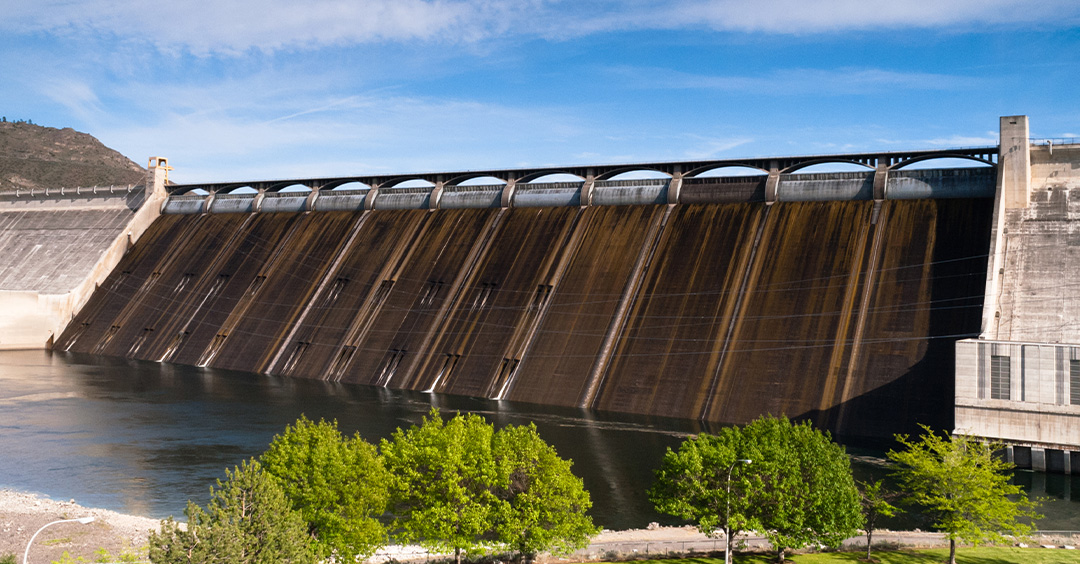 The dam broke. Those are words no one wants to hear if they live downriver from a dam. But that's exactly what happened near some small towns in southeast Missouri. It was just before daybreak when a dam on Taum Sauk Lake collapsed, sending a billion-gallon torrent of water streaming down the mountain and washing away homes and vehicles. When inspectors began to probe the reason for the collapse, they were dumbfounded by what they discovered. Instead of the granite that they had assumed for decades was the main material keeping the water in the reservoir, they found that the broken portion appeared to consist entirely of just soil and small rock. The breach occurred when an automated system mistakenly pumped too much water into the reservoir. But the reason for the disaster was a dam that was made of material that just couldn't stand the pressure.

I'm Ron Hutchcraft and I want to have A Word With You today about "Why a Life Collapses."

I've seen lives collapse like that dam did. When the pressure was on, they folded. Not so much because of the pressure, but because their life was built from materials that couldn't stand the pressure. Sometimes it was a flood of temptation, a flood of bad news and tragedy, sometimes getting hammered by spiritual attacks. But whatever it was, it showed that whatever they were building their life on wasn't strong enough to stand the test.

Since none of us wants to be the one who caves in, we need to hear what Jesus had to say about how to be a storm-proof, flood-proof person. It's in Luke 6:46-49, and it's our word for today from the Word of God. Jesus says: "Why do you call Me, 'Lord, Lord,' and do not do what I say? I will show you what he is like who comes to Me and hears My words and puts them into practice. He is like a man building a house, who dug down deep and laid the foundation on rock. When a flood came, the torrent struck that house but could not shake it, because it was well built. But the one who hears My words and does not put them into practice is like a man who built a house on the ground without a foundation. The moment the torrent struck that house, it collapsed and its destruction was complete."

Did you catch what's the same and what's different about the person who withstands the storm and the person who is brought down by it? Both of them hear what Jesus says. They both know what the Bible says, but the survivor does what he knows Jesus says. The "collapser" knows but he doesn't do it. Each new day, anchor yourself to something God says to you in His Word as you spend time with Him, and then immediately make what He says the governing factor in that day. In other words, open His book and ask two questions: "What is God saying here, in my own words?" and then "What am I going to do differently today because He said it?"

Unfortunately, too many of us try to build our relationship with Christ on dirt and stones. We're event Christians, living from one Christian event to the next. Like a drug addict, we live from high to high with long stretches of spiritual wilderness in between. We depend on other believers to be our strength. We govern our Christian life by our feelings and our surroundings rather than by the words God has spoken to us.

No child can go on depending indefinitely on someone else feeding him. Eventually, he's got to learn to feed himself. Right? Maybe you keep stumbling because you've been depending on others to feed you spiritually and you can't be with them all the time. You've got to start feeding yourself from God's Word each new day if you want to be strong for the storms.

Christian meetings, Christian people, they're all good, but they're not enough to build a life on. Christ has got to be your identity. Christ has got to be your strength, your passion. Learning, and obeying, and leaning on what He says must be how you do each day. You don't have to keep caving in when the pressure hits if you will build your life on the storm-proof, flood-proof words of Jesus Christ, the Rock.