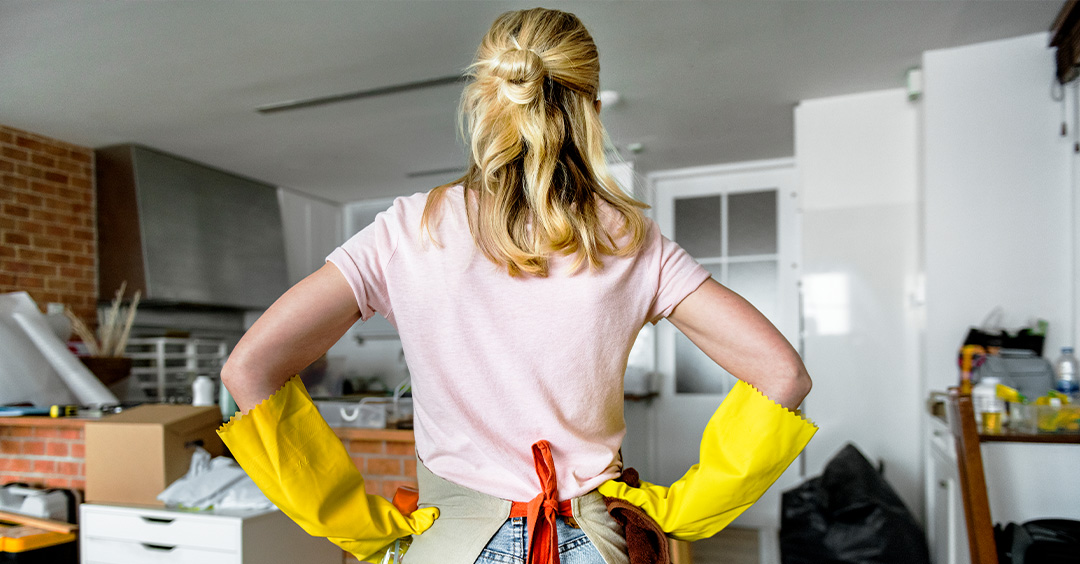 I remember the time my daughter volunteered to clean the house, and it was a mess! No, it wasn't our house, it wasn't her house, it was the house that her college boyfriend and some other guys wanted to move into. Now when I use the word mess, that's charitable.

Well, after two years of those guys living there, you can imagine! Layers of dirt and trash everywhere, and holes in the walls. It was filthy! Well, I saw her at the end of a very hard-working day. She was beat, she was sweaty, but she was satisfied. I asked her, "What kept you going all those hours?" She said, "Well, Dad, it was really depressing to look at, but I kept seeing what it could be."

I'm Ron Hutchcraft and I want to have A Word With You today about "Who You Are, Who You Could Be."

Our word for today from the Word of God; it's in John 1:42. Andrew has just discovered who the Messiah is. He now knows it's Jesus Christ. So he decides to bring his big brother, Simon the fisherman, to Jesus. And it says, "He brought him to Jesus. Jesus looked at him and said, 'You are Simon son of John. You will be called Cephas' (which, when translated, is Peter)." Let me go just one step beyond that verse and tell you what Peter means when it is translated. It means "the rock."

Now, a lot of people I think may have looked at Simon and they just saw John's son. He's this sort of unstable, brazen, loud mouth, sometimes just like an impulsive guy. But Jesus looked at him and said, "He's going to be a rock." Some other people might have said, "Well, that's funny! I see a flake! He's Simon the flake not Simon the rock." But Jesus has becoming eyes. He looks at you and He sees what you can become. Others look at who you are; Jesus looks at what you could be.

Remember the Apostle John? He was called Son of Thunder. Sounds like something that would be on the back of a black, leather jacket on a motorcycle doesn't it? He tried to call down fire from heaven on the Samaritans that wouldn't let him come to their village, remember? That's a little over the top. He's an angry young man. But he becomes, when Jesus gets hold of him, the Apostle of Love of the New Testament church. He goes from Son of Thunder to Apostle of Love.

See, when Jesus looks at you, it's through His becoming eyes. Maybe you've lived most of your life not feeling highly valued by people. They've picked on your handicaps, they've emphasized your failures, and they've attacked your weaknesses. Maybe you think more about what you aren't than what you are.

I want to invite you today to look at yourself through Jesus' eyes. He's like my daughter walking into that dirty old house. She saw what could be. Maybe you're feeling like a nobody, but Jesus says, "You shall be a person who makes a difference in other people's lives." You say, "Well, I'm impatient." Jesus says, "You are, but I'm going to make you patient. I see a patient man that could be there." You say, "I'm pretty self-centered." Uh-huh. But Jesus said, "You shall be someone who puts other people first." You say, "Well, I've been a victim most of my life." He says, "Well, you're going to be a victor when I'm done with you."

See, the Bible makes this great promise in 2 Corinthians 5:17. It says, "If anyone is in Christ, he's a new creation. The old has gone; a new life has begun." This is what happens when you go to the cross where Jesus died to pay for the sin that warps and distorts what we were meant to be. And He forgives you, He cleans you up, He moves inside you and starts to make you what you were created to be.

I hope you've had that day when you've turned your life over to Him. One event, asking Christ in, changes everything. By the way, if you've never done that, let me invite you to join me at our website ANewStory.com. Let's get this taken care of today - ANewStory.com.

See, if you've pinned your hopes on Jesus, you're being re-built. You're being remodeled by the Master Carpenter. Maybe this catches you on a day when you're feeling discouraged, or defeated, or small. But Jesus is changing you. He isn't finished with you yet. He sees the mess, but He sees beyond it. Thank Him that He sees a rock. No matter what anyone else has seen, He's making something beautiful out of your life.