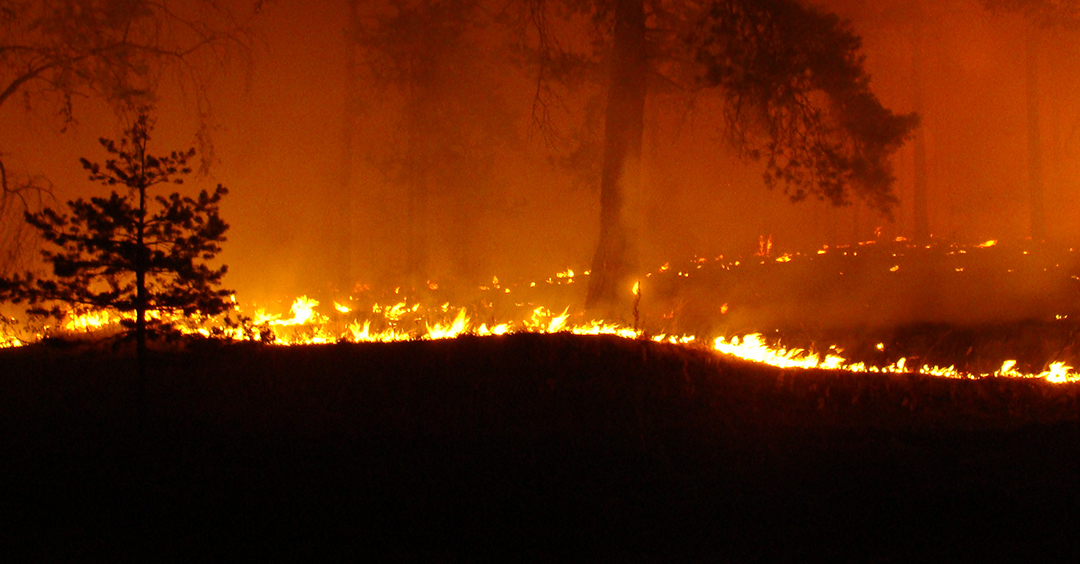 It seems like every spring, every summer we hear about those raging wildfires! It's like on the news every day sometimes. When I hear about it, my ears perk up. I mean, we've had friends who lost their home in one of those wildfires. We know Native American friends who are sometimes on the front lines fighting those fires. I hate it when we hear about a firefighter who has been lost.

Now, when there were some major fires raging in Washington State a few years ago, my mind flashed back to another Washington fire that they called the Thirty-Mile Fire. It was one of those that just exploded suddenly. It forced the firefighters to stop fighting the fire and start fighting for their lives. Most of them deployed those survival tents that can save lives in a sudden emergency like this.

But then there were the four rookie firefighters. Partly because of what were later proven to be supervisory errors, they ended up on a road that they felt would lead them to safety. It was a dead-end road. And four young firefighters, each one outstanding in their own way, lost their lives that day.

I'm Ron Hutchcraft and I want to have A Word With You today about "Which Way in the Wildfire?"

I can't recall that tragedy without it bringing to mind an even greater tragedy that costs so many lives...forever. The Bible starkly describes people who think they're on a road that leads to life - eternal life - and then to find out too late that it's a dead-end road.

Our word for today from the Word of God puts it this way in Proverbs 16:25: "There is a way that seems right to a man, but in the end it leads to death." That's a disturbing verse. There are a lot of things you can be wrong about without paying a horrific price, but eternity is not one of them.

It's popular today to believe that the road of heaven is so wide that any number of beliefs - believed sincerely enough - will get you there. But sincerity doesn't mean you'll escape the fire, or the fact that it looks like or feels like the right road. Not if it's a dead-end.

Jesus came because, in a sense, every religion is a dead-end road, because it can't erase your sin. And "nothing impure will ever enter" heaven, the Bible says (Revelation 21:27). Truth is, we're all "impure." We've all, in the Bible's words, "left God's path to follow our own" (Isaiah 53:6 - NLT). And our sin (again from the Bible) "has separated you from your God" (Isaiah 59:1). God says our hijacking of our own life carries an eternal death penalty that can only be paid one way. Somebody's got to die for my sin to get paid for and forgiven. Clearly, I'm the one who deserves to pay that penalty.

But in the greatest act of love in human history, God's Son - here's the Bible again - "personally carried our sins in His own body on the cross" (1 Peter 2:24). So I did the sinning, but Jesus did the dying. I still can't get over that.

Only the One who died for our sins can forgive our sins and erase what will keep us out of heaven. It's not about the superiority of the Christian religion. It's not about a religion at all; no religion can die for you. It's about a Rescuer, the only One who can save us from the fire of sin's judgment, because He took that fire for us. To trust in anything else is to learn too late that you've made the greatest mistake a human can make. You chose a dead-end road.

More than anything, Jesus wants you in heaven with Him one day. That's why He paid that price on the cross. And if you've never put your total trust in Him to rescue you from your sin and you're ready to, well tell Him right now, "Jesus, I'm Yours. You're my only hope, because You died for me."

Check out our website. You'll see there how you can be sure you belong to Him - ANewStory.com. Look, is there any better day to get this settled than today?